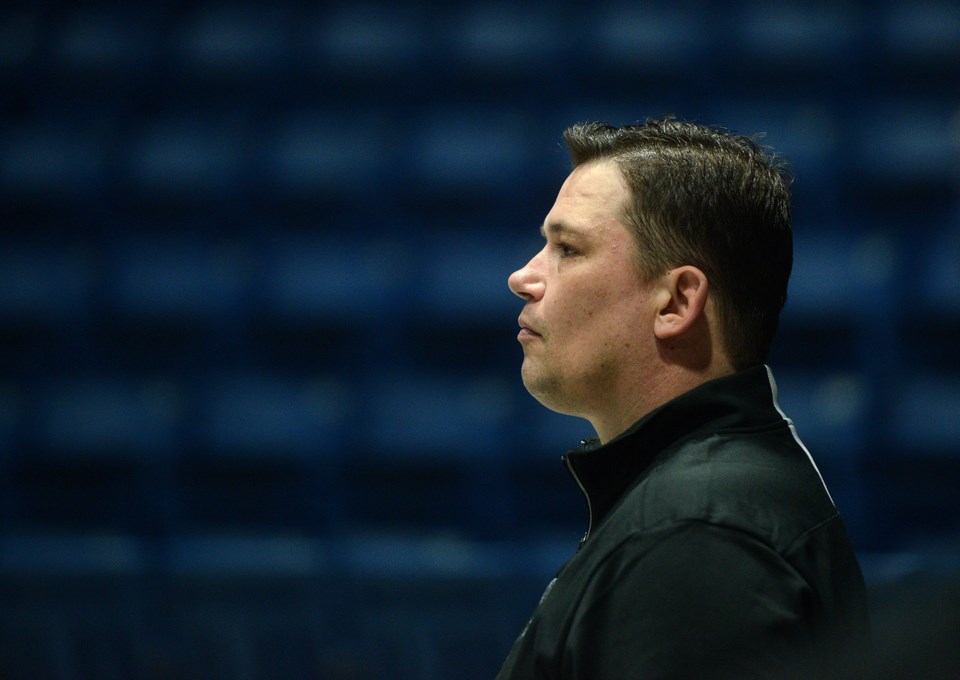 Taking his place on the Storm bench beside head coach/general manager George Burnett is Jake Grimes.

Grimes will have the title of "associate coach."

Harvey, 42, said via text that he is moving on to a scouting position for a team in the National Hockey League. He spent four seasons with the Storm as an assistant.

"More than anything there's a level of trust there second to none," Burnett said in a phone interview referring to his relationship with Grimes.

"He's very detailed, very thorough. His ability to teach and understanding of the game and knowledge of the league is impressive.

"Jake's also a solid individual and that's very important to me, that we've got good people in our organization.."

Burnett said when Harvey informed him he was moving on he reached out to Peterborough Petes general manager Mike Oke and was granted permission to talk about the job opening with Grimes.

"My first inclination was to ask permission to speak to Jake," Burnett said.

Burnett said Grimes will be in charge of running the team's defence during games, the same bench role that Harvey had.

"He did a great job with the defence during our time in Belleville. I've always gotten lots of credit for our work with a guy like (former Bull) P.K. Subban, but Jake's the guy that dealt with him on a day-to-day basis," Burnett said.

Burnett said Grimes comes to Guelph with no expectation that he will be taking over as head coach at some point.

"He's an associate coach. I'm the head coach, until someone tells me something differently," Burnett said.

Harvey joined the Storm at the start of the 2013-2014 season as an assistant coach to Scott Walker.

He played 12 seasons in the National Hockey League after being the ninth overall pick by the Dallas Stars in the 1993 NHL draft.

Prior to that Harvey was an OHL all-star with the Detroit Jr. Red Wings and twice played for Canada at the World Junior Hockey Championships.