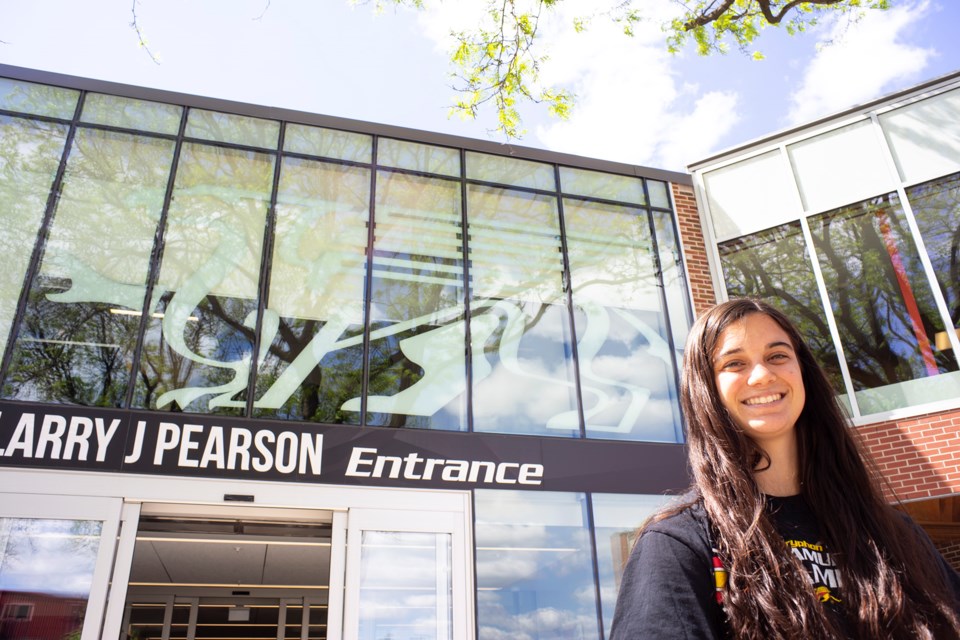 U of G soccer player Victoria Hinchliffe has been invited to the World University Games in Milan, Italy this summer. She said the cost to attend is about $6,500, which she has to cover herself. Kenneth Armstrong/GuelphToday

This article has been updated to include new information regarding the University of Guelph's contributions.

University of Guelph athletes planning on competing in the 2019 FISU World University Games in Italy later this summer are raising money to pay their own way.

Jessica Dowling is a fourth-year U of G Nutrition and Nutraceutical Sciences student and is also a member of the university’s artistic gymnastics team. She is one of six U of G athletes planning to attend the World University Games in Milan this summer.

Dowling attended the 2017 World University Games in Taiwan. She said for some athletes, this summer’s competition could be a stepping stone to the 2020 Olympic Games in Tokyo.

“There are world-class athletes competing in this competition, so it’s a huge opportunity,” she said.

But many athletes attending the games are on their own for the costs associated with attending, most notably airfare and accommodations.

Dowling said neither the governing body for university sports in Canada, U Sports, or Gymnastics Canada will cover the cost of university athletes to attend the games.

“I have been working really hard all year to save up for the competition,” said Dowling. “I don’t know why U Sports or the governing bodies of each individual sports — like Gymnastics Canada — why they don’t help out or have some funding for us.”

A crowdfunding page was set up to assist U Sports athletes from across Canada who are attending the games, but it will cover only a fraction of the cost.

When Dowling found out about the crowdfunding site, she reached out to other U of G athletes to drum up support for the potential funding source. Currently, it is at about 10 per cent of its $25,000 goal.

The U of G has contributed some money to help the student/athletes.

U Sports, the governing body of Canadian university athletics, has not contributed any funds.

U of G women’s soccer player Victoria Hinchcliffe is one of the other athletes planning to attend the games. She is the only soccer player from the OUA West division who was selected for Team Canada.

Talia Hoffman and Julia Schell from the U of G Rugby 7s team also plan on attending, as well as sprinter Zoe Sherar and Jenna Westaway, who recently broke the Canadian record in the 800-metre.

Born in Guelph, Hinchcliffe played soccer at Bishop Macdonell Catholic High School before going on to play at U of G. She is enrolled in the human kinetics program.

She said playing at the World University Games is a great opportunity for athletes to expand their horizons.

Hinchcliffe was invited to three rounds of tryouts before being formally invited to compete in the games, after being awarded OUA first team all star, OUA MVP for the West Division and being named to the U Sports All-Canadian team.

She began her own GoFundMe crowdfunding effort, which she said will help go toward the $6,300 cost to soccer payers to attend the games. She said U Sports and Soccer Canada do not contribute to the cost of attending.

“Everything falls on to us," said Hinchcliffe. "Being a student and trying to make money for school and also for this, it’s a lot of balancing.”

Guelph Storm's Nico Daws named OHL Goaltender of the Year
May 19, 2020 11:17 AM
Comments
We welcome your feedback and encourage you to share your thoughts. We ask that you be respectful of others and their points of view, refrain from personal attacks and stay on topic. To learn about our commenting policies and how we moderate, please read our Community Guidelines.