The university plans to keep this going throughout the summer and fall
Jul 22, 2020 11:30 AM By: GuelphToday Staff 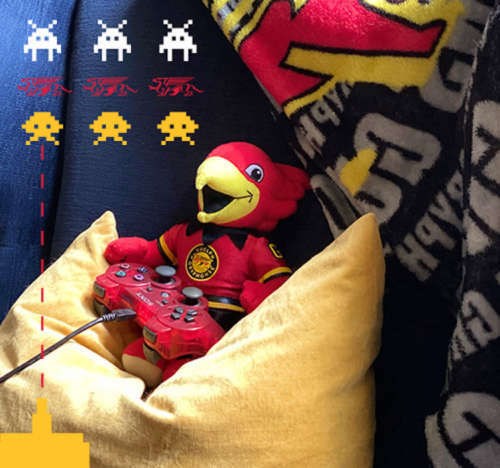 Photo provided by the University of Guelph

The following article was provided by the University of Guelph:

With the aim of keeping students connected during the pandemic, Athletics began investing in eSport opportunities in the spring by running regular tournaments. Given their success, the plan is to continue to run tournaments throughout the summer and into the fall.

“By offering this online programming, we have found a way to keep students connected to each other,” said Justin Toth, sport programming. “It provides a way for them to have a little friendly competition with their peers.”

It has also been a nice way of engaging student players and spectators given the absence of live professional sports, Toth added.

Participants battle it out in games such as Fortnite, League of Nations, NHL20, NBA2K20, FIFA20, Super Smash Brothers Unlimited and others.

Athletics ran a focus group of current students and surveys were conducted to develop the best approach.

In May, the first U of G eSports tournament was launched, attracting 50 participants. NHL20 was the game.

Demand steadily increased in June with 10 tournaments held, bringing 78 teams of 120 participants together. Games have continued into the summer.

Toth said other Ontario universities have inquired about the U of G program and sought advise on how to create their own. Many have followed U of G’s lead.

Isaac McCutcheon, a second year marketing management student at U of G, said that as the academic year came to an end in the spring, he looked for a way to stay engaged in competition and interact with friends.

“The eSports tournament is a great way to try something new and keep us entertained,” he said.

Samuel Thompson is a third year biochemistry student. As someone who enjoys both sports and eSports, he appreciates the chance to participate in the games during the pandemic.

“I think it’s a fantastic idea.”