Reporter Richard Vivian explains how the pandemic has changed his approach to covering live events
Jul 12, 2021 4:17 PM By: Richard Vivian 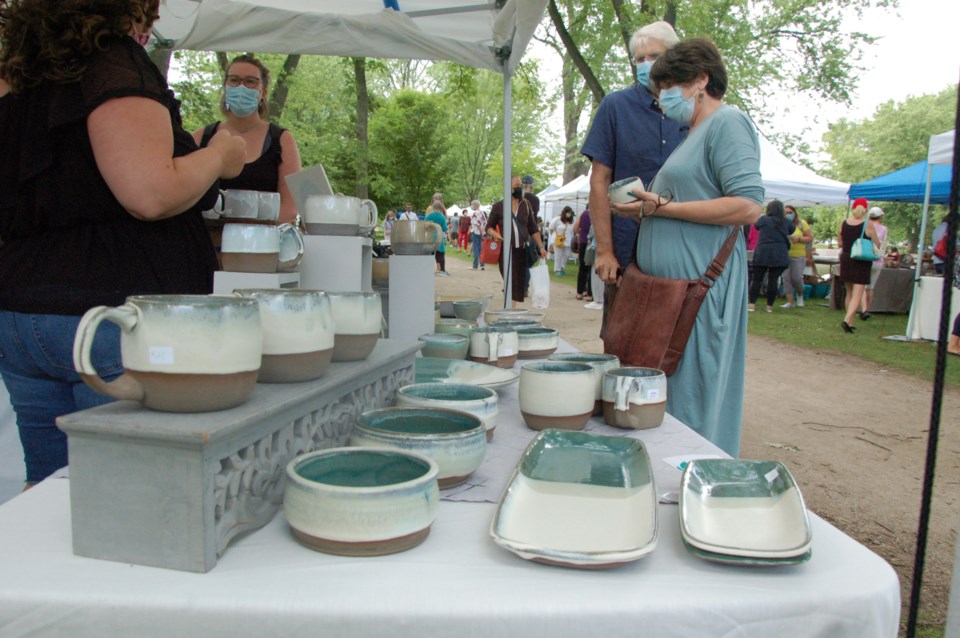 It didn’t take long to realize I’d have to take a new approach to something I’ve done on many, many previous occasions.

For the first time in quite a while, and my first time ever with GuelphToday, I was tasked with covering a live community event on the weekend – Guelph Potters’ Market at Royal City Park – which was a refreshing change from the virtual happenings we’ve all become accustomed to.

It felt great, and a little terrifying, to be around so many people again, even as gathering size restrictions ease and we (hopefully) emerge from the pandemic into a world that feels more familiar.

Event attendance was capped, with the lineup of aspiring shoppers often reaching out to the road and across the Eramosa River bridge, so it wasn’t what I would typically consider crowded or packed, but reminders the pandemic isn’t over were all around and that meant my usual approach wasn’t going to work.

I couldn’t simply smile at someone and motion toward them with my camera as a subtle way of seeking initial consent to take photos, as has often been my standard approach at public events. People are generally pretty quick to smile back or nod to indicate approval, or spear you with death glares if they’re less inclined.

With most people wearing masks as I was, reading peoples’ reactions was quite difficult – they likely couldn’t tell I was smiling and in most cases, I couldn’t tell if they were. Death glares abounded, but that’s probably the result of masked emotion confusion … or at least I hope.

This caused me to take a more direct approach to photography – shoot first and approach later. Though permission isn’t required to take photos on public property such as Royal City Park, it’s a generally respectful thing to do when the photo focuses on an individual or a small group. It also allows you to get their names for the caption and generally chit-chat, which can turn up new information or lead to other article ideas.

This brings me to the second major change I had to employ, getting out of the way.

I lost track of how many times I set myself up with a particular angle in mind or waited for the right moment to grab a shot I thought would speak loudly about the event, only to realize I was suddenly surrounded by more people than I’d like and I needed to move.

This scenario played out again and again. In some cases, it cost me the shot I was trying for but in others, it left me scrambling to locate the person whose photo I had taken so I could get their name to go with it.

It also added to the time I’d allotted for potters’ market coverage, but I had wiggle room in my schedule so that wasn’t a problem. However, I’ll plan for more next time.

By coincidence, one of my event photos features EloraFergusToday reporter Alison Sandstrom, who joined the Village Media team a few weeks ago and who I’ve never met in person but see every day during virtual newsroom meetings.

She was wearing a mask and I simply didn’t recognize her and still wouldn’t know she’s in the photo if she hadn’t pointed it out during our Monday morning meeting. That's her in the photo above, on the left in front of the table.

I wonder what else in my approach will need to change in response to the pandemic, but I look forward to finding out as case numbers drop and vaccination figures rise, allowing us all to return to in-person socialization.

No rush though, I don’t want to go through another lockdown.