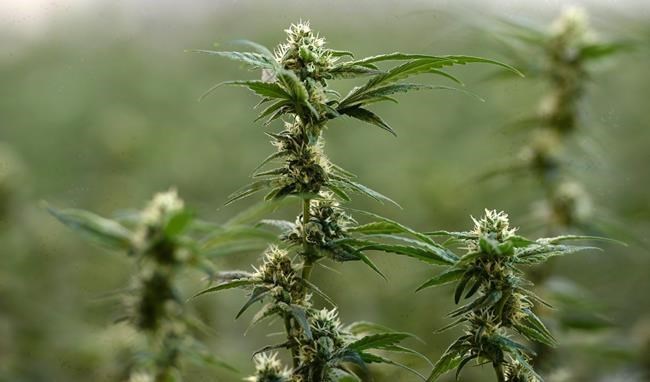 The Leamington, Ont.-based cannabis company said Monday that the strict measures applied because of spiking virus cases contributed to a loss in its latest quarter compared with a profit a year ago.

"While we factored in some impact to our business from the pandemic and in Q3, the duration and the magnitude of lockdown was greater than we initially anticipated," Aphria's chief executive Irwin Simon told a conference call with financial analysts.

Ontario, added chief financial officer Carl Merton, was in lockdown virtually every day during the quarter, while Alberta and British Columbia experienced long shutdowns too.

In Germany, where Aphria has a cultivation facility in Neumunster, lockdowns were also rife and in southwestern portions of the U.S. there were no shutdowns but significantly less on-premise business than, Merton said.

The lockdowns were coupled with a reduction in demand for cannabis products as provincial boards lowered their inventory levels. They had previously forecast cannabis market growth.

Thehit came as Aphria reported a $361-million loss in the period ended Feb. 28 compared with a profit of $5.7 million in the same quarter a year earlier.

The result included an unrealized loss of $264.8 million related to convertible debentures compared with a gain of $23.1 million a year ago.

Net revenue in what was the company's third quarter totalled $153.6 million, up from $144.4 million.

The results pushed Aphria's stock down by more than 13 per cent or $2.74 to $17.62 in morning trading on the Toronto Stock Exchange.

Despite some of the pressures Aphria faced, Simon was positive.

He urged shareholders to vote this week on a plan to merge with Nanaimo-based rival Tilray Inc.

If the deal is successful, the new company will operate under the Tilray name with Simon at the helm.They will have a pro forma revenue of $874 million and will control more than 17 per cent of the retail cannabis market — the largest share held by any Canadian licensed producer.

Simon also sees promise in Aphria's recent, US$300-million acquisition of Sweetwater Brewing Co., which he envisions rolling out at cafes one day, and he is optimistic about legalization sweeping across the U.S. now that Joe Biden is president.

And though lockdowns have continued and intensified, he even had hope for one of Aphria's most pressing problems: COVID-19.

He said, "one day this pandemic is going to be over."

This report by The Canadian Press was first published April 12, 2021.

Companies in this story: (TSX: APHA)

Canadian Tire reports first-quarter profit, sales climb from year ago
May 13, 2021 8:06 AM