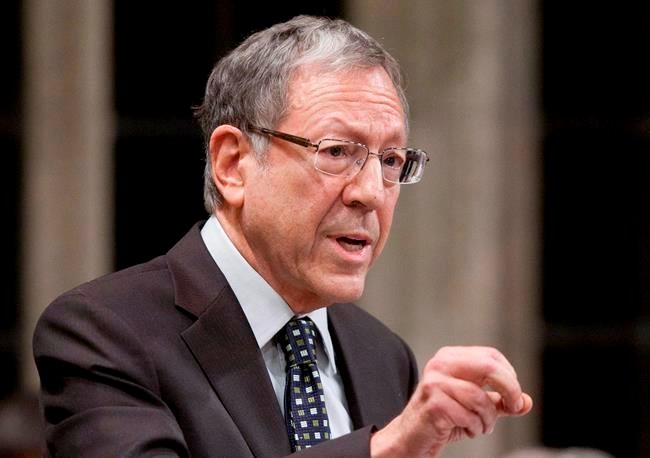 Cotler emphasized that between 1942 and 1944, 1.3 million people were deported to Auschwitz, the Nazi extermination camp, and were systematically murdered. Of them, 1.1 million were Jews.

"Anti-Semitism, itself, did not die in Auschwitz. It remains the bloody canary in the mine shaft of global evil today," Cotler said in an interview.

"It's, in effect, an assault on our common humanity. And it will require an international coalition of conscience to combat it."

Cotler said Trudeau offered him the job this past summer. But they agreed to hold off announcing it until he could clear up other advocacy work, including on behalf of imprisoned activists in Iran and with an international commission that is trying to strengthen the legal protections for journalists who are increasingly under siege in the world.

The 80-year-old lawyer founded the Raoul Wallenberg Centre for Human Rights in Montreal after retiring from federal politics in 2015, a career that included serving as Canada's justice minister under former Liberal prime minister Paul Martin.

Earlier this month, Cotler released a report he wrote on behalf of a coalition of international lawyers calling for a new global charter to protect the rights of imprisoned journalists in an increasingly hostile world.

Cotler will lead Canada's delegation to the International Holocaust Remembrance Alliance and will also work domestically to promote Holocaust education, remembrance and research.

Trudeau affirmed Canada's solidarity with Jewish people and the need to preserve the stories of the Holocaust in the face of hate and intolerance.

"Irwin Cotler will use his vast knowledge and experience to promote Holocaust education, remembrance, and research as we continue working with partners in Canada and around the world to fight against hate and intolerance," Trudeau said in a statement.

Cotler said he has been advocating for the creation of the special envoy position for more than a decade, as he watched Canada’s top allies — France, Germany, Britain, the U.S., Italy — create similar positions.

"Ironically, we are amongst the last to do this, though we were amongst the first to recognize the importance of Holocaust remembrance and education."

This report by The Canadian Press was first published Nov. 25, 2020.