OTTAWA — The national intelligence watchdog has begun its look into the failure of Canada's spy service to disclose crucial information when seeking warrants.
Jul 17, 2020 4:53 PM By: Canadian Press 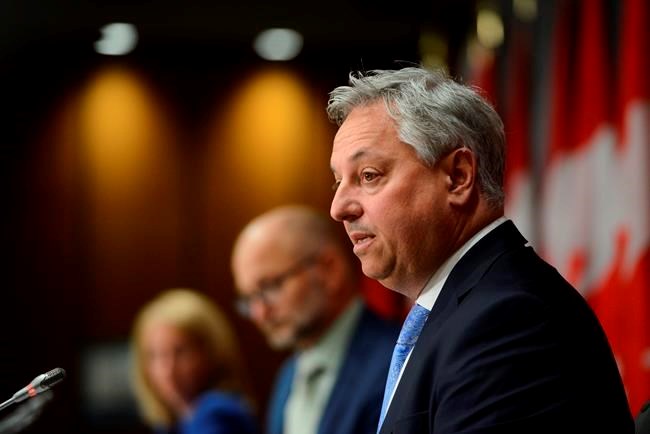 OTTAWA — The national intelligence watchdog has begun its look into the failure of Canada's spy service to disclose crucial information when seeking warrants.

Murray Rankin, chairman of the National Security and Intelligence Review Agency, said in an interview the examination is of "critical importance" to Canadians and the agency has the tools to do the job.

"I think there's a real appetite to get to the bottom of this and to make a report that's fair and balanced," Rankin said Friday.

"What I hope comes out of our review is a thorough understanding of just what happened."

Two of the review agency's members — former Supreme Court justice Marie Deschamps and University of Ottawa law professor Craig Forcese — are planning how to go about the study, Rankin said.

"They've already been meeting and discussing just how this might be done."

A federal judge called for a comprehensive review after ruling the Canadian Security Intelligence Service failed to disclose its reliance on information that was likely collected illegally in support of warrants to probe extremism.

Federal Court Justice Patrick Gleeson found the spy service breached its duty of candour to the court, part of a long-standing pattern.

A public version of his ruling was released Thursday but an unredacted copy was already in the hands of some officials.

Federal ministers quietly asked the review agency last month to examine the findings and provide recommendations on how to address the concerns raised by the court's decision.

Rankin said the review agency, a one-year-old body created during a national-security overhaul, has the ability — unlike its predecessor — to follow the thread of an investigation to the doors of various federal agencies, not just CSIS.

It means the review agency can delve into Justice Department actions Gleeson highlighted.

"That was never possible before. To me, the key thing here is that we have that ability," Rankin said. "We do have the tools now, in my opinion, to get to the bottom of things like this."

The ministers have asked the review agency to make regular progress reports to the National Security and Intelligence Committee of Parliamentarians.

In a statement, committee chairman David McGuinty cited the "very troubling issues" raised by the Federal Court, adding the committee looks forward to a briefing from the review agency at the earliest opportunity.

Rankin said the challenges of the COVID-19 pandemic make it difficult to know how readily witnesses and files will be available.

"There's a sense of urgency that we have," Rankin said. "We want to do it right, but we want to do it in a timely manner. I just can't predict how long it will take."

This report by The Canadian Press was first published July 17, 2020.