TORONTO — After 15 years playing in France, Quentin Westberg wanted something new — professionally and personally. Born in France to an American father and French mother, the 32-year-old goalkeeper already had ties to North America.
0
Mar 18, 2019 2:48 PM By: Canadian Press 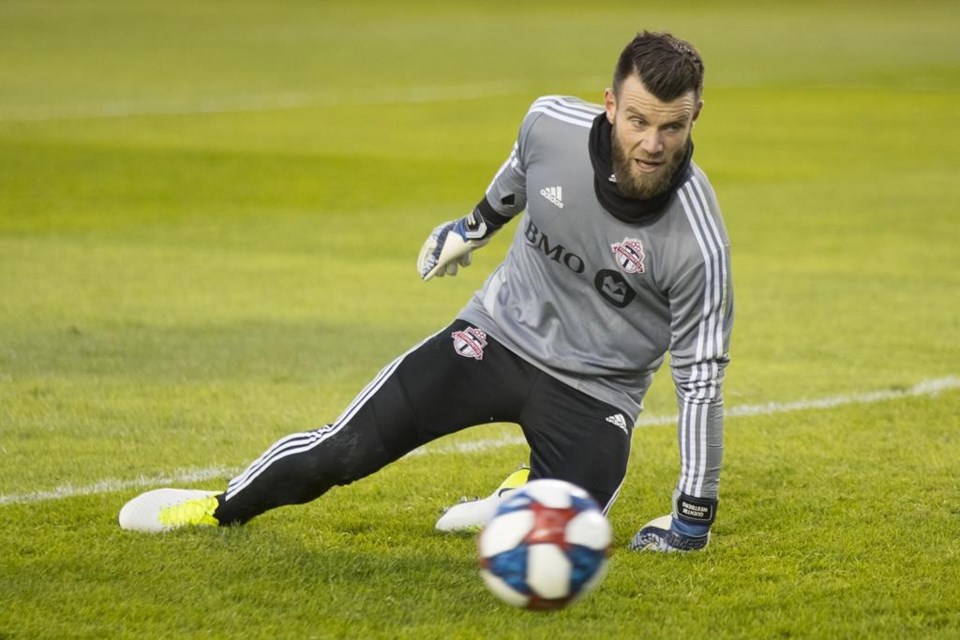 Born in France to an American father and French mother, the 32-year-old goalkeeper already had ties to North America. The chance to join Toronto FC and have his young family experience Canada was too good to pass up.

"My kids have this North American heritage and knowing Toronto could be an option made it even better," Westberg said. "Because I've heard only great things about Canada in general ... plus being able to be part of this great club, it was the right moment. So I went all-in."

Coach Greg Vanney already likes what he sees in Westberg, who is currently backing up Alex Bono.

"First and foremost just a great guy, a great human being," said Vanney. "Lots of experience."

Vanney was impressed when he talked to Westberg before getting here. It was clear he had taken the time to watch TFC play. Plus Westberg distributes the ball well with his feet, a talent that has become a key part of the modern-day 'keeper.

"It's something that we want all of our goalkeepers, even Alex, to continue to develop and become more comfortable (with)," said Vanney.

"He is very much communicating the right things to his team to help them be successful in the game, regardless of what the game is," Vanney said.

"It was hard at times," he said of leaving home. "But very very good experience."

After three years at Clairefontaine, Westberg signed a youth contract with the Troyes AC academy, making his pro debut in 2006. He signed with Evian in 2010 before moving to Luzenac AP and then Norway's Sarpsborg 08 FF.

Westberg returned to France in 2015 to join Tours before joining AJ Auxerre, another Ligue 2 side, in 2017.

Barthez proved to be a key influence, bringing him to Luzenac AP where he was in the front office.

While he has always been a goalkeeper, Westberg laughingly describes himself as a "playmaker who doesn't like to run." He sees his job as being both a shot-stopper and the team's "11th player," able to read the game and help launch attacks.

Asked about his role at Toronto FC, the six-foot-one Westberg says experience has taught him of the importance of bringing positive energy to the table.

"In soccer if you're meant to play, you will play. If you're ready to play, you will play and you will do well. That's how I like to think of myself and the past 15 years of my career have proven me correct on that standpoint. You need to do your thing well, just be a good teammate and just give it everything you've got."

Westberg's parents met in the U.S. where his mother was studying. They lived in the U.S. but moved to France just before he was born.

"Basically I was brought up speaking franglish at home — English to my dad and French to be mum. Spending all of my summer vacations in the U.S."

Westberg chose to represent the U.S. internationally, playing for the under-17, U-20 and U-23 squads — at times with current TFC captain Michael Bradley.

Westberg's wife is Portuguese, adding to the international flavour of their family which includes kids aged eight, six and 2 1/2.

French is the main language at home but there is also some English and Portuguese spoken. The goal now is to experience Canada.

"The idea is really to get the Toronto way of life. It's not coming in and looking for anything that is French. It's the total opposite."

He hopes his family, who are slated to arrive here Wednesday, will pick up English quickly after moving into their new home April 1.

"It's a professional opportunity for me but it's a life experience for them."

Jack Hughes secures shootout win, Devils edge Senators 4-3
Jan 27, 2020 11:37 PM
Comments
We welcome your feedback and encourage you to share your thoughts on this story. We ask that you be respectful of others and their points of view, refrain from personal attacks and stay on topic. To learn about our commenting policies and how we moderate, please read our Community Guidelines.