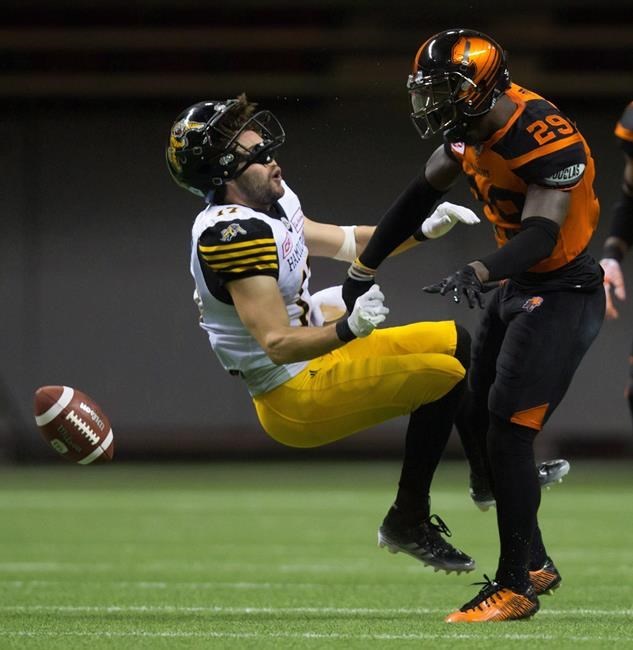 The Hamilton Tiger-Cats' star receiver was en route to a breakthrough 2016 campaign before an abdominal injury forced him to miss the final six regular-season games and CFL playoffs. Following weeks of forced inactivity, Tasker began his off-season preparation in February and for the first time included pilates — an activity that emphasizes the body's core — in his workouts.

The result, Tasker says, was amazing.

"It was absolutely phenomenal for my training because it complements heavy lifting, it complements running and it has to do with the integration of your core," he said. "It was really a great way to finish off my rehab.

"It was something I never expected to be doing and I'm glad it was suggested to me because it made me confident I was fully healed."

Tasker's season ended because of a torn transverse abdominal muscle. But he didn't realize the severity of the injury at first, figuring he'd likely be back playing in a couple of weeks.

"It was a really difficult injury because the answers weren't clear right away," Tasker said. "It was really hard to tell the full extent of it and rehab was tough.

A healthy Tasker is important for a Hamilton offence that will have to start the season minus veteran slotback Andy Fantuz. The native of Chatham, Ont., is currently working in the Ticats' front offence recovering from a knee injury.

Fortunately for the Ticats, Tasker and quarterback Zach Collaros have wasted little time in camp getting back in sync.

Collaros said it wasn't difficult getting back on the same page with Tasker.

"He runs great routes and this is our fourth year together," Collaros said. "Luke is a great voice in the locker-room, he has such a great knowledge of the offence so he really helps the younger guys come along.

"He's also another calming voice in the huddle if things are going kind of haywire. He's never too high, never too low. He's just always there in between and that's why he's so consistent and can play the way he does."

Tasker is also a big fan of Hamilton changing its camp schedule. After enduring a host of injuries the last two years, Ticats players now practise in pads two straight days before taking a recovery day, performing yoga, lifting weights and doing a short run before going to watch film.

"They've been doing a great job of taking care of us and it's been huge," Tasker said. "As a wide receiver, camp is tough on my feet, my calves, my lower body and it's been pretty good this one.

Despite being so close to achieving career milestones last year, Tasker said he only has one goal for the 2017 season.

"That's to win the Grey Cup," he said. "It's a long haul and you have to make it more tangible in smaller steps but that's what we're here to do, to be champions in Hamilton."