Toronto FC forward Tosaint Ricketts will be out for three to four weeks with a hamstring strain, the MLS club said Monday.
Jun 5, 2017 11:47 AM By: Canadian Press 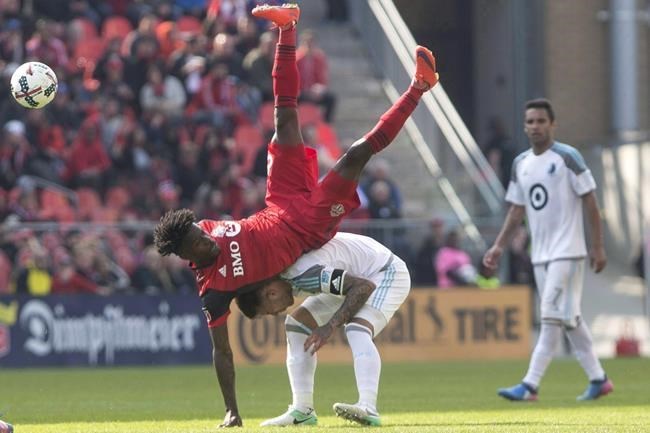 Toronto FC forward Tosaint Ricketts will be out for three to four weeks with a hamstring strain, the MLS club said Monday.

The Canadian international had to leave last Wednesday's Canadian championship semifinal game with Ottawa after 34 minutes, complaining of hamstring tightness. He did not figure in Saturday's league loss in New England.

Toronto has four more games in June, with the next fixture June 17 against visiting D.C. United at BMO Field.

The good news for manager Greg Vanney is that star striker Sebastian Giovinco is back from his quad strain. And fellow striker Jozy Altidore will be back in time for the D.C. United game after his time with the U.S. national team.

The injury will keep Ricketts out of Canada's camp and June 13 game against Curacao in Montreal.

The 29-year-old from Edmonton has three goals, including two game-winners, in 12 appearances this season. He has 55 caps for Canada.

While Ricketts has five starts this year, he has primarily been used as an impact sub.