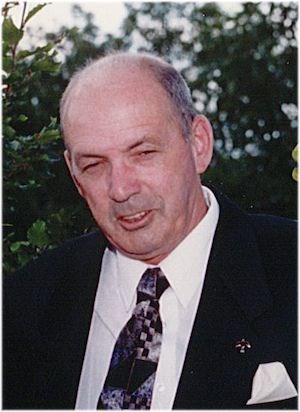 Passed away peacefully at home in Guelph on November 26, 2020 at the age of 85 after a brief battle with cancer.

Survived by his wife, Gwen and children Wayne (Alex), Jamie and Debbie (Michael). Also survived by his 8 grandchildren, Anthony, Matthew, Mark, Paul, Victoria, Stephanie, Evan and Noah as well as his 5 great grandchildren. Bob will be fondly remembered by cousin, Murray Brunskill and family.  Predeceased by his parents Alan and Vera Pennycook (Huttonville) and his sister Barbara.

Robert was born and raised in Huttonville and worked his early years on his grandfather’s apple orchard.  Robert was a long-time employee of Chrysler Canada in Streetsville.  He took great pride in building things for the home and his gardens.  He enjoyed family gatherings and his dogs.

At Robert’s request, cremation has taken place and there will be no visitation or service.  A family gathering in Roberts’s memory will be held at a later date. Arrangements entrusted to WALL-CUSTANCE FUNERAL HOME & CHAPEL, 519-822-0051 – Condolences can be sent via funeral home website below Bob’s notice.

Memorial contributions to the Guelph Humane Society would be greatly appreciated.

A tree will be planted in memory of Robert M. (Bob) Pennycook in the Wall-Custance Memorial Forest.