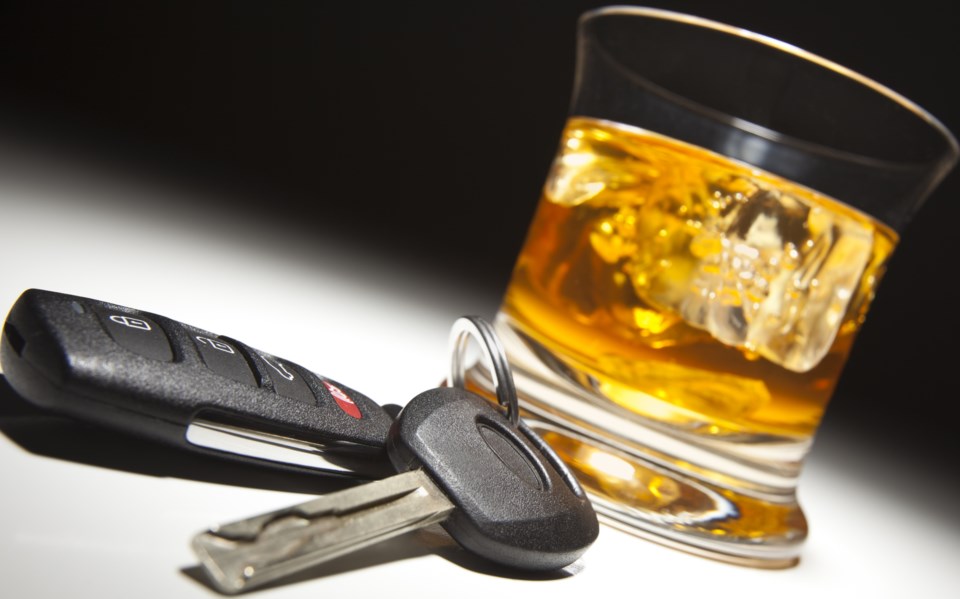 Approximately 8:20 p.m. police were called to the area of York Road and Cityview Drive for reports of a heavily-damaged vehicle driving erratically. Officers located the vehicle in a private driveway and noted it had significant front-end damage and was missing a tire. A male matching the description of the driver exited the residence and was confrontational with police.

The male was showing obvious signs of impairment and was arrested for impaired operation. After being placed in a cruiser, the male began banging his head on a partition causing a laceration on his forehead. He was taken to Guelph General Hospital, where he continued to be confrontational and banged his head on walls, reopening the laceration.

Eventually the male provided breath samples which showed he had more than twice the legal amount of alcohol in his system. A 20-year-old Guelph male is charged with impaired operation and impaired operation – blood alcohol concentration. His driver’s licence was suspended for 90 days and his vehicle impounded for seven days. He will appear in a Guelph court July 13, 2021.

A few hours later, at 1:40 a.m. Friday, officers were called the area of St. George’s Park on Grange Street. A caller advised she was following a suspected impaired driver who was driving erratically and had pulled into a parking lot.

Police officers located the motor vehicle and observed the female driver to be showing obvious signs of impairment. The female was confrontational with officers and continued to question why she was stopped. Breath tests at the police station confirmed she had more than twice the legal limit of alcohol in her system.

A 47-year-old Guelph female is charged with impaired operation and impaired operation – blood alcohol concentration. Her driver’s licence was suspended for 90 days and her vehicle impounded for seven days. She will appear in a Guelph court July 16, 2021.

The Guelph Police Service would like to encourage the public to always consume alcohol and cannabis responsibly. Please don’t drive if you are going to consume alcohol or cannabis, and please ensure that you plan ahead so that you have a safe ride home. If you see a suspected impaired driver, please call 911.