Investigators would like to speak to the woman pictured in relation to this incident
0
Mar 25, 2020 10:28 AM By: GuelphToday Staff 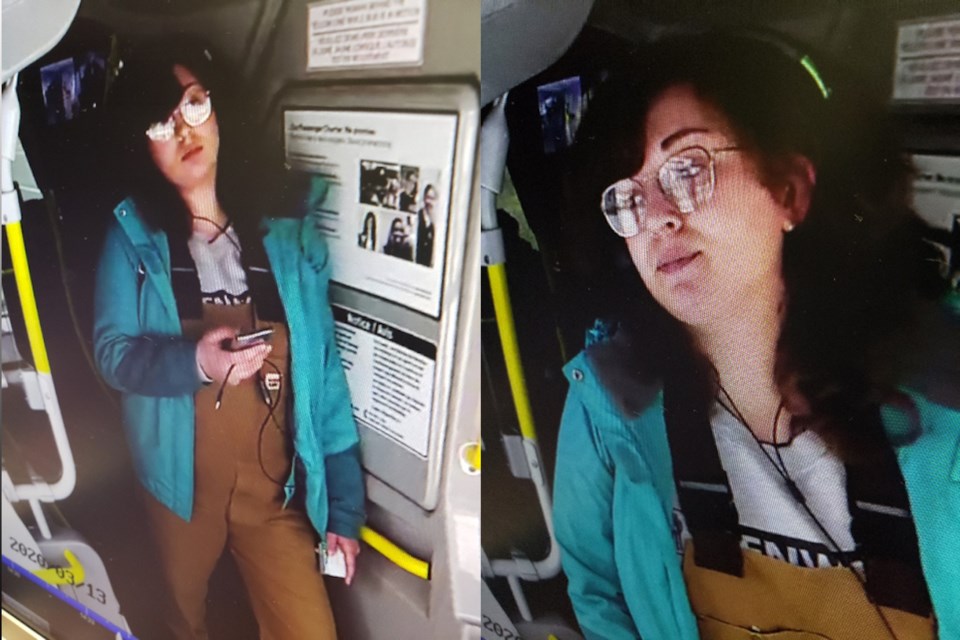 NEWS RELEASE
GUELPH POLICE SERVICE
***************************
On March 13, 2020 at 2:10 p.m., [it is alleged that] a passenger on a bus travelling to the University of Guelph became irritated that the bus was behind schedule. The passenger confronted the adult male bus driver and began filming him. The driver raised his hand in an attempt to block the filming, at which point the passenger pulled the driver’s hand away and slapped him in the face. The passenger then got off the bus and left the area.

Police attended the scene but were unable to locate the passenger.

The Guelph Police Service is looking to speak with the female in the attached pictures in regard to the assault.