Over 150 grams of cocaine also found in culmination of investigation that began last year
Jan 8, 2021 9:27 AM By: GuelphToday Staff 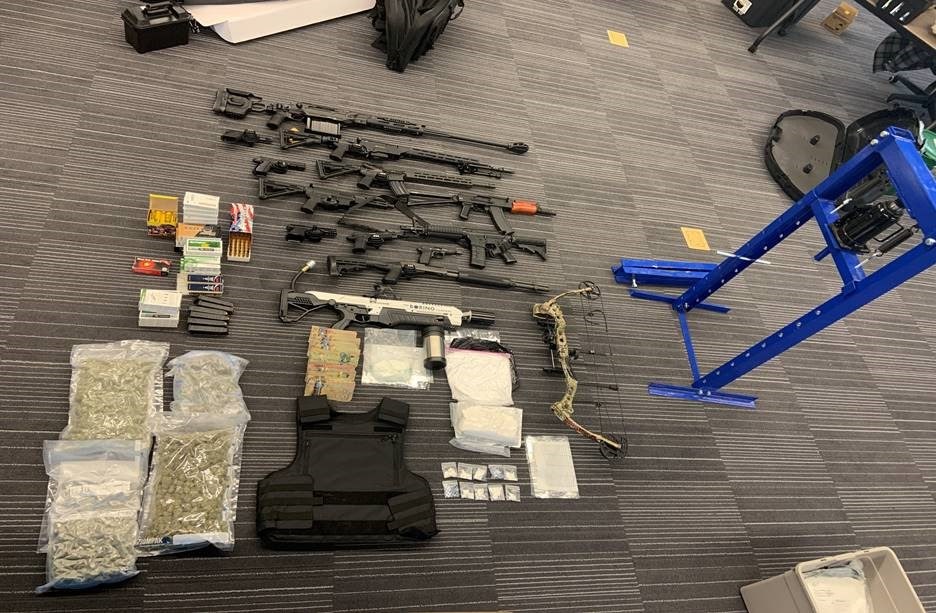 Guelph Police seized a quantity of drugs and guns after raiding two city homes on Thursday, the culmination of an investigation that began last year.

Police report that in late 2020 the drug unit entered into a drug trafficking investigation. On Thursday the drug unit along with the tactics and rescue unit executed search warrants at two residences. Seized were:

- $62,155.00 in Canadian Currency believed to be made from selling controlled substances

- Vacuum sealer bags (many of the drugs were located within vacuum sealed bags).

- A large press commonly used to press “bricks” of cocaine

- Baking pans with a substance believed to be cocaine residue

While searching the residence, 11 firearms and ammunition were located and seized. These guns included a .50 calibre long gun, a shot gun, 9mm hand guns, semi-automatic rifles and a .22 calibre hand gun. There are no firearm charges being laid as the male has a valid firearms licence.

The firearms, ammunition, a ballistic vest, a flamethrower, a compound bow and two replica firearms are being seized as offence-related property in relation to the cocaine trafficking charge.