The employee was wearing a mask at the time of the incident, said a spokesperson for Dollarama
Jun 12, 2020 7:00 PM By: Kenneth Armstrong 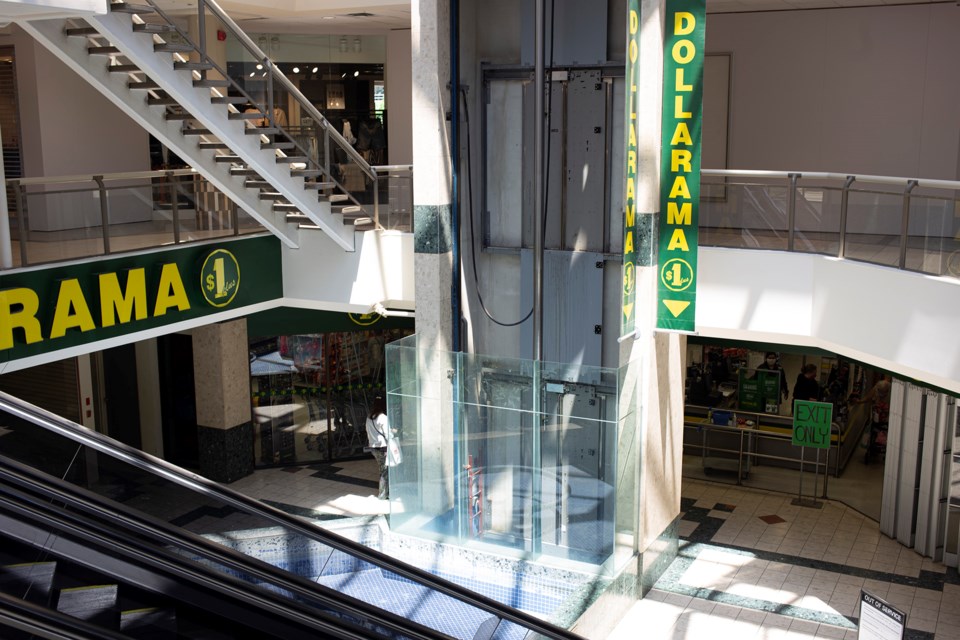 The Dollarama store on the lower level of the Stone Road Mall. Kenneth Armstrong/GuelphToday

A store employee at Stone Road Mall was allegedly spit on during a brief exchange Friday when they told a customer they need to wear a mask.

The incident occurred early in the afternoon on Friday at the entrance to the Dollarama store in the lower level of the Stone Road Mall.

The employee was situated at the entrance of the store and was responsible for telling customers about the requirement of wearing a mask, said Dollarama spokesperson Lyla Radmanovich.

“One of our associates, who was wearing a mask at the time of the event, was responsible for informing customers entering the store that effective today, Guelph is requiring masks to be worn in all buildings open to the public, including our stores,” said Radmanovich.

Phase 2 of the province’s reopening of the economy began at 12:01 a.m. on Friday in Guelph and area, allowing the mall to open its doors to the public. Also on Friday, an order by Wellington-Dufferin-Guelph Public Health came into effect, that that all people entering retail establishments must be wearing a mask.

The reaction of the customer was a result of that instruction, said Radmanovich.

“Our employees are trained and have protocols to follow in the event that a customer becomes aggressive,” said Radmanovich. “They are instructed to not engage and to always stay out of harm’s way. This situation did not escalate further.”

Radmanovich said Guelph Police were notified as per company protocols.

Guelph Police did not immediately respond to questions about the incident.

Mall management did confirm that an incident took place at the store.

The employee was wearing a mask at the time of the incident, said Radmanovich.

A security guard will be hired at the Stone Road Mall location of Dollarama as a result of the incident, said Radmanovich.