Fire department asked for police help after responding to nine false alarms at the building since April
Jul 21, 2021 10:23 AM By: GuelphToday Staff 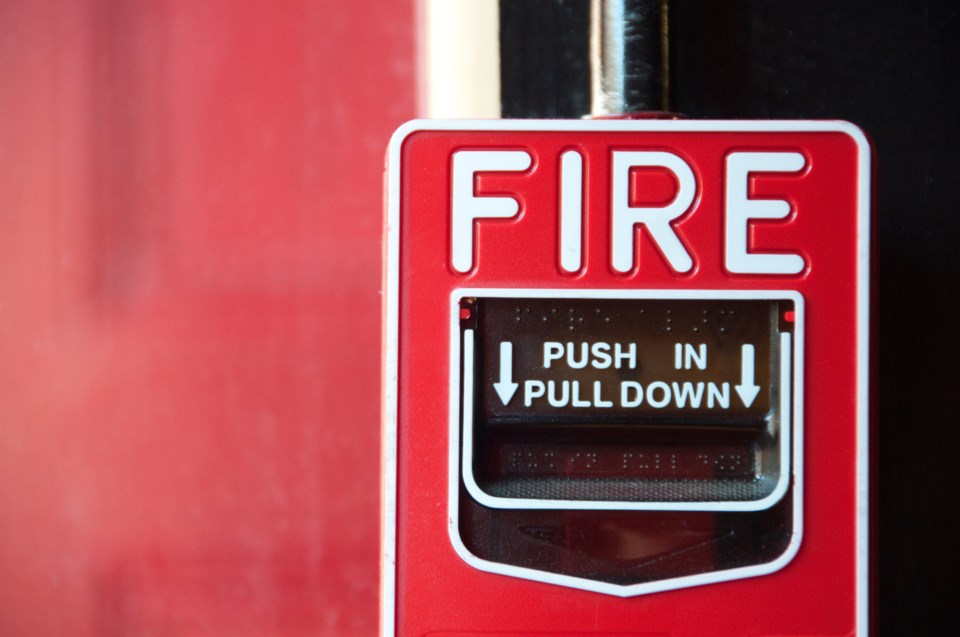 A Guelph male was arrested Tuesday after police say he set off the fire alarm in his apartment building nine times since April, including three times in one day.

Earlier this month, the Guelph Fire Department requested police assistance after responding to nine alarms at a Woolwich Street apartment building since April. Each time the same pull station set off the entire building’s alarm system.

Investigation revealed a surveillance camera pointing at the detector was covered with an object prior to the alarms sounding on eight occasions. On the ninth a male is visible on camera before the alarms begin sounding.

As many as 22 Guelph Fire Department personnel responded to the alarms.

On Tuesday a 43-year-old Guelph male was arrested. He is charged with nine counts each of making a false fire alarm and mischief. He will appear in a Guelph court July 23.