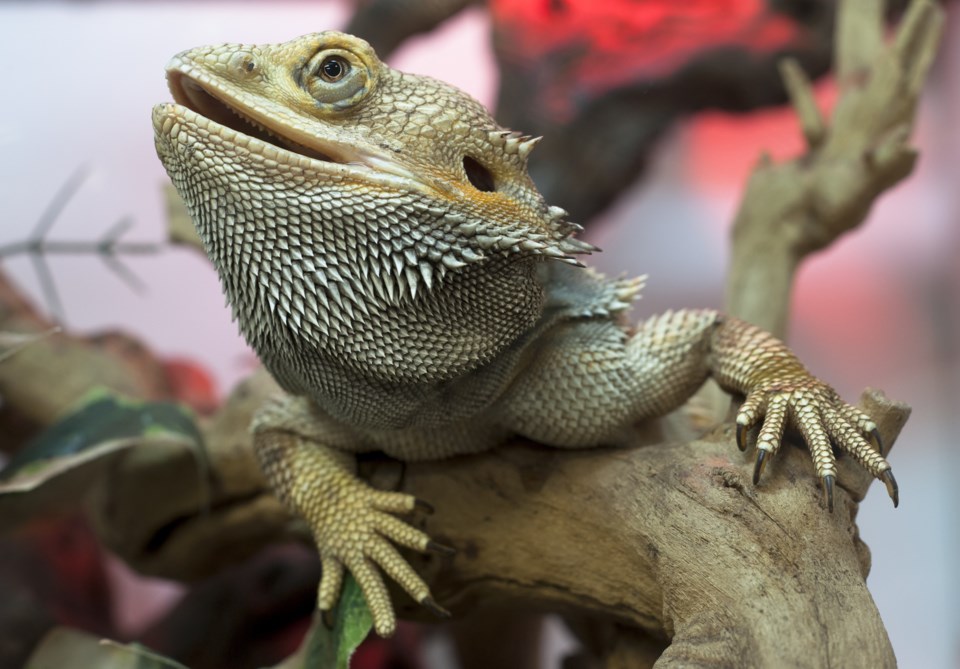 A stolen bearded dragon was left in a box outside a store, but died soon after employees located it, say Guelph Police.

The lizard was stolen from an Edinburgh Road South pet store on Nov. 15 and left in a box outside the store days later, say police.

However, the animal died soon after being found by employees.

Police say a woman turned herself in today.