Items include a chainsaw and pressure washer police say were stolen from a Guelph store
Jul 21, 2021 10:19 AM By: GuelphToday Staff 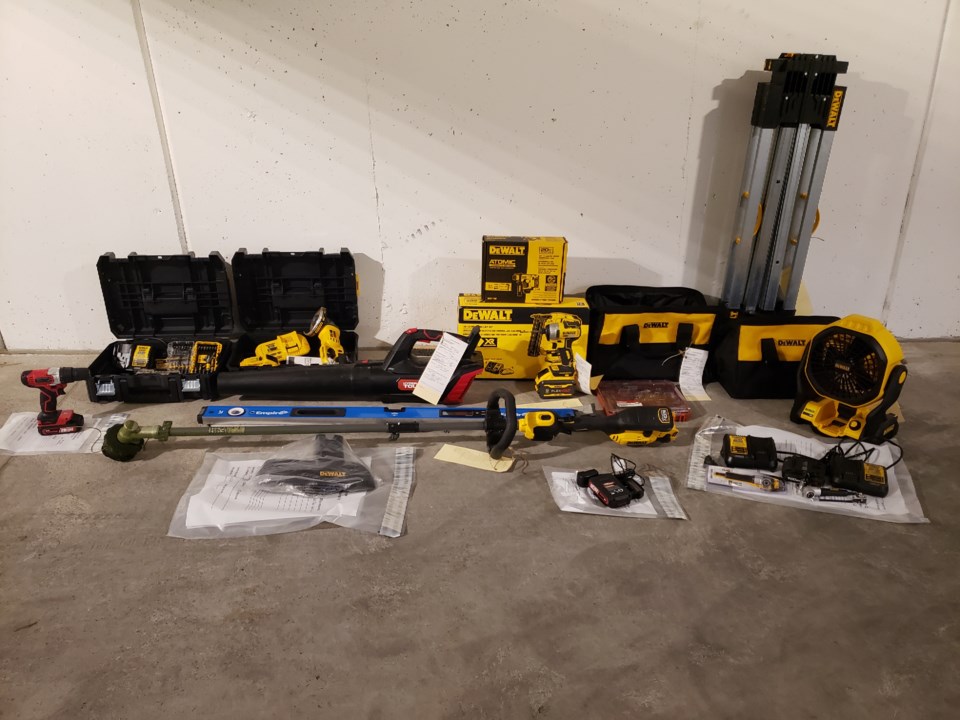 Two males were arrested and approximately $1,600 in stolen tools recovered after a search warrant was executed at a Guelph residence Tuesday.

In June, members of the Guelph Police Service Intelligence Unit began an investigation into two males involved in thefts of tools from a north end business. On June 29, the males attended a business on Woodlawn Road West, and one went inside to purchase a pressure washer. He placed the item in the car, then went back into the store with his receipt and walked out with a second pressure washer.

On July 12, the males returned to the same store where one selected a chainsaw and walked out of the store without paying for it.

On Tuesday a search warrant was executed at a home in the area of Stone Road West and Scottsdale Drive. A 38-year-old Guelph male and a 42-year-old Guelph male are each charged with two counts of theft under $5,000 and one count of possessing stolen property. Approximately $1,600 in suspected stolen tools were recovered.