Guelph's Andrea Seccafien, now based in Australia, broke the Canadian women’s half marathon record a couple of weeks ago
Feb 20, 2020 7:00 PM By: Rob Massey 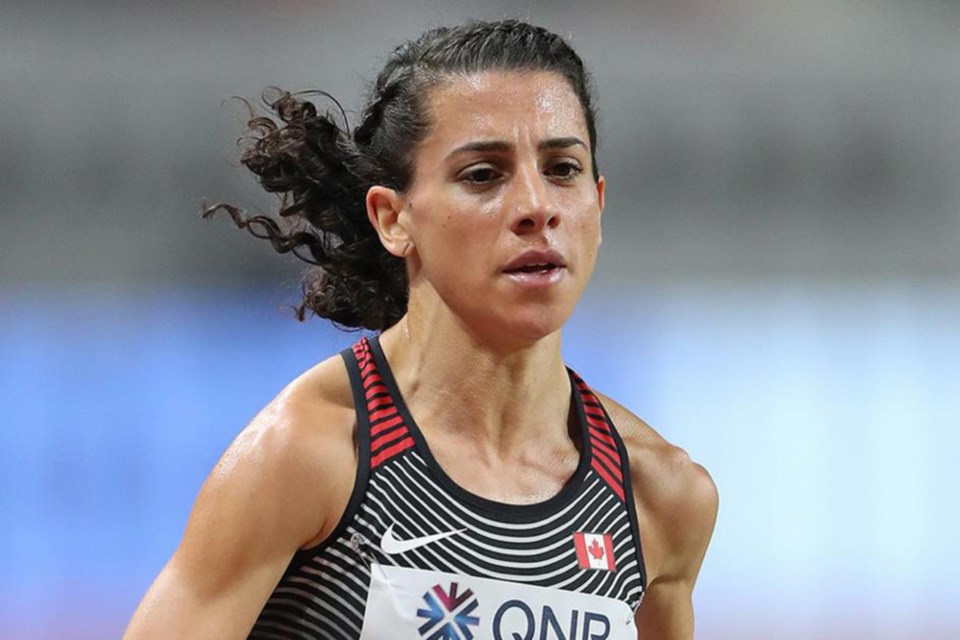 That was the case for Guelph native Andrea Seccafien a couple of weeks ago when she broke the Canadian women’s half marathon record in finishing 17th at the Kagawa Marugame International Half Marathon in Japan. It shaved three seconds off the national mark set by Natasha Wodak two weeks earlier.

“It was not exactly what I expected,” Seccafien said in a Skype interview from Australia where she is now based. “It is a very good race, but the women's field was quite small. The elite field was only about seven athletes.”

Like any race she competes in, Seccafien had a plan, but it went out the window in the early stages of the race when she hooked onto a group that included a couple of male pacers – it was a mixed gender race – and an Aussie she often trains with.

“They were going about two or three seconds per kilometre than I had wanted,” Seccafien said. “I really wasn't sure what was going to happen if I slowed down, so I just sort of went with the pace that was way too fast and knew that I was going to blow up at some point, but I was ready for it.”

The race was an out-and-back event and the back part was into a headwind and slightly uphill.

Seccafien hung on to get the record.

“It was definitely not like a perfect race or anything. It was pretty painful,” she said. “It was quite fast, so I banked time and then I just like crawled it in. The last 3K were good, it was just 5K that was really, really tough.”

The last three kilometres were good for Seccafien as she figured she could put in a strong effort for it.

“3K is about 10 minutes,” she said. “You can always work hard for about 10 minutes. I don't know, I just didn't want that time to slip so I was just really trying to run as hard as I could.”

It was the third time in two months the Canadian women’s half-marathon record fell. Former University of Guelph female athlete of the year Rachel Cliff had lowered the mark to 1:10:06 at the Sanyo Ladies' Half-Marathon in Okayama, Japan, taking two seconds off the record she already held from a race in Woodlands, Tex, in March of 2018.

Cliff was in the field in Japan when the record fell to Wodak. Malindi Elmore was also in that field and also finished under Cliff’s previous record.

It’s almost like all the elite Canadian women runners who compete in the half marathon got together and decided to make an assault on that distance’s record.

“It's kind of interesting,” Seccafien said. “Across the board, women's running in Canada, especially in the distance events, is just improving quite a bit. I don't really know why it is suddenly now. I think it is that certain people are finding their roots, sort of.”

Seccafien and some of the others have made changes in either the distance they run or where they train.

“I moved to Australia. It took me a bit longer, but now I feel like I'm primed to show the work that I've been doing,” she said. “Gabrielle Stafford moved to Scotland. Rachel Cliff moved to the marathon. People made these changes all at the same time and everyone is just sort of reaping the benefits of their changes.

“It is kind of interesting why now. It is an Olympic year so obviously people are really fit and trying to push the boundaries and do it a bit better.”

Seccafien moved to Australia when her partner Jamie Whitfield got a job as a post-doctoral research fellow at the Melbourne campus of the Australian Catholic University.

“We moved essentially for that, but I knew I wanted to join the Melbourne Track Club,” Seccafien said. “It's just a phenomenal group. Pretty much everyone is an Olympic and world finalist.

“I felt like I just needed to be challenged a bit more to take that next step to being more of a contender on the world stage.”

Seccafien could move to competing in marathons in the future, but she’s a 5K competitor on the track.

“I don't know. The 5K on the track is getting really tough,” she said. “They took all of the (5K) events out of the Diamond League so we just don't have many opportunities to race. How can you make a career when there's no prize money basically? I just feel like I need to be a more versatile athlete and if that means running the marathon sometimes and coming back to the track other times, maybe that's what I do.”

In January, forest fires ravaged parts of Australia, but they weren’t near Seccafien in Melbourne. However, there were signs of the fires there.

“The closest fire was about five hours away,” Seccafien said. “Nothing around here was on fire, but it really affected the air quality. We had some very, very smoky days which was kind of crazy. It's five hours away and all this smoke travelled down the coast. Thankfully we weren't in the fires or anything, but it was definitely devastating and very eye-opening to watch it happen.”

Now based in Australia, Seccafien doesn’t get home to Guelph very often.

“I go home once a year for Canadian nationals on the track,” she said. “We have to compete in that for national teams and funding and stuff. It's always nice to go home, but it is very far and very expensive.”