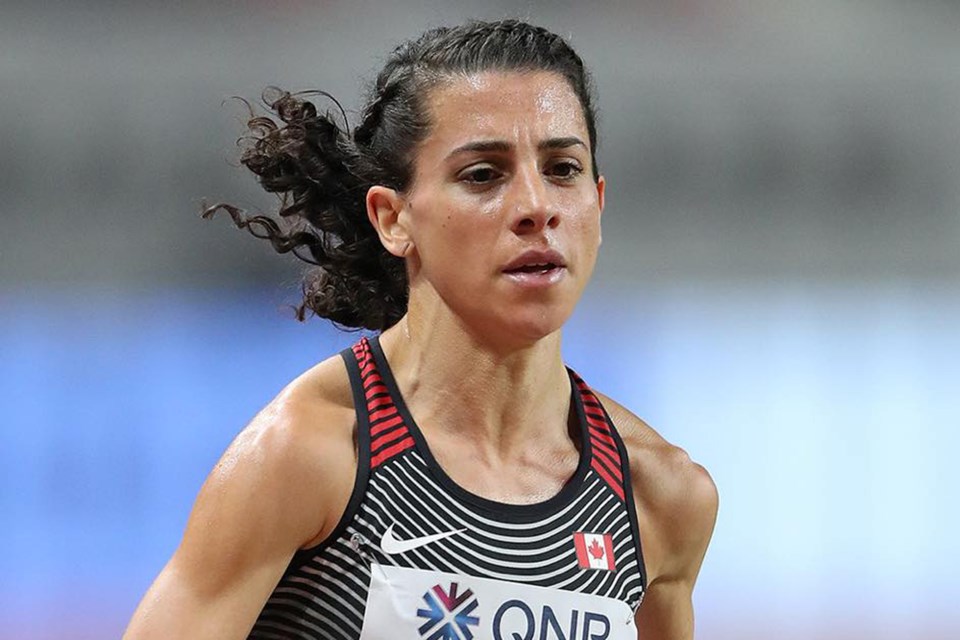 Guelph native Andrea Seccafien made her Olympic debut in Rio de Janeiro in 2016 in the women’s 5,000 metres and had hoped to race in that distance again this year in Japan.

However, the Tokyo Olympics have been postponed until 2021 due to the coronavirus outbreak after some countries, including Canada, stated that they wouldn’t be sending a team in 2020.

Rob Massey reached out to Seccafien, who currently lives in Melbourne, Australia, and they talked on Skype about the decision.

RM: The Olympics are off for a little while. What's your feeling?

AS: I definitely think it was the right decision, the responsible decision. I just don't think there's any way that the Games could happen in July in safe way so it was sort of a relief to hear that we wouldn't be sending people. It's good that the IOC (International Olympic Committee) responded so quickly, but I think other Olympic committees would hopefully also take their teams out as well just to sort of force the IOC to make the right decision.

RM: It wasn’t just that the Olympics were in July was the only factor. There were also all the things you have to before the Games like the Olympic Trials.

AS: Everything has obviously completely changed from what we thought the season was going to be like. It's obvious that we weren't going to be able to race in the lead-up and I don't think the Trials would've happened as they would have. It's just like how do you pick a fair team? I also really feel for people like Cam Levins who didn't even get to attempt the marathon standard because all the marathons got postponed. People's training is affected in different ways and that kind of creates an unfair advantage for some who are in like Australia where we are only now going into more of a lockdown. We're about a week behind everyone else. I think the selection would've been unfair a bit.

RM: I believe the idea right now is to put the Olympics off until next year.

AS: The postponement they're talking about is 2021. Hopefully that's enough time. I'd almost feel more comfortable with a 2022 Olympics just so we're not in this situation again. We don't know how long this pandemic is going to last and when we'll be able to race again and when things will be able to resume to normal. Hopefully they really take care deciding when it will be so that they just don't have to postpone it again or cancel or whatever.

RM: I’m sure you’ve thought about this, but if everything had been normal, you would have been racing this weekend coming up (in Gdynia, Poland).

AS: Yeah at the world half marathon championships. It's so crazy. Hearing about that postponement was actually only about two weeks ago, but it feels like a lifetime ago. But that disappointment is so far gone now. I don't really care about those races anymore because this is such a bigger thing than just sports. I feel like every day your perspective just changes a bit.

RM: Are you still able to get out and run?

AS: We're still able to get out. Until yesterday, life was pretty much normal. Pretty much everything was open like bars and restaurants. Now the State of Victoria, their government is actually shutting downs bars and things like that. But we are still able to run and hopefully people will respect those decisions and not gather in groups and stuff like that.

RM: Since your training has stopped in the last couple of days, what have you been doing?

AS: Our training was very normal last week. This week, I guess with finally having more clarity on what's going on with the Olympics, I'm just running once a day as sort of just a bit of a break. You don't really know what to do. Any bit of training, I think, is good, but you have to be smart and just do your part as a global citizen to not be in groups and stuff like that. Hopefully we can just continue to train for mental health really and, of course, things will resume at some point so you do want to keep running.

RM: You need to keep a base level (of conditioning), so to speak.

AS: Exactly. It's not wasted and eventually that training will help at some point.

RM: It's a good thing your not a swimmer.

AS: I do recognize it can be worse. Any sport that needs a facility of any kind, well you can't really do your sport. Thankfully, we can just go outside and run – even if it's not the most perfect training ever.

Jake Chaput to celebrate recovery after concussion puts life on hold for a year
Jul 20, 2020 10:00 AM
Comments
We welcome your feedback and encourage you to share your thoughts. We ask that you be respectful of others and their points of view, refrain from personal attacks and stay on topic. To learn about our commenting policies and how we moderate, please read our Community Guidelines.