South end library getting creative with its space

The new Makerspace/Tech Hub at the branch that opens in January will give people a space to do some hands-on creating
Dec 4, 2019 11:00 AM By: Barbara Geernaert 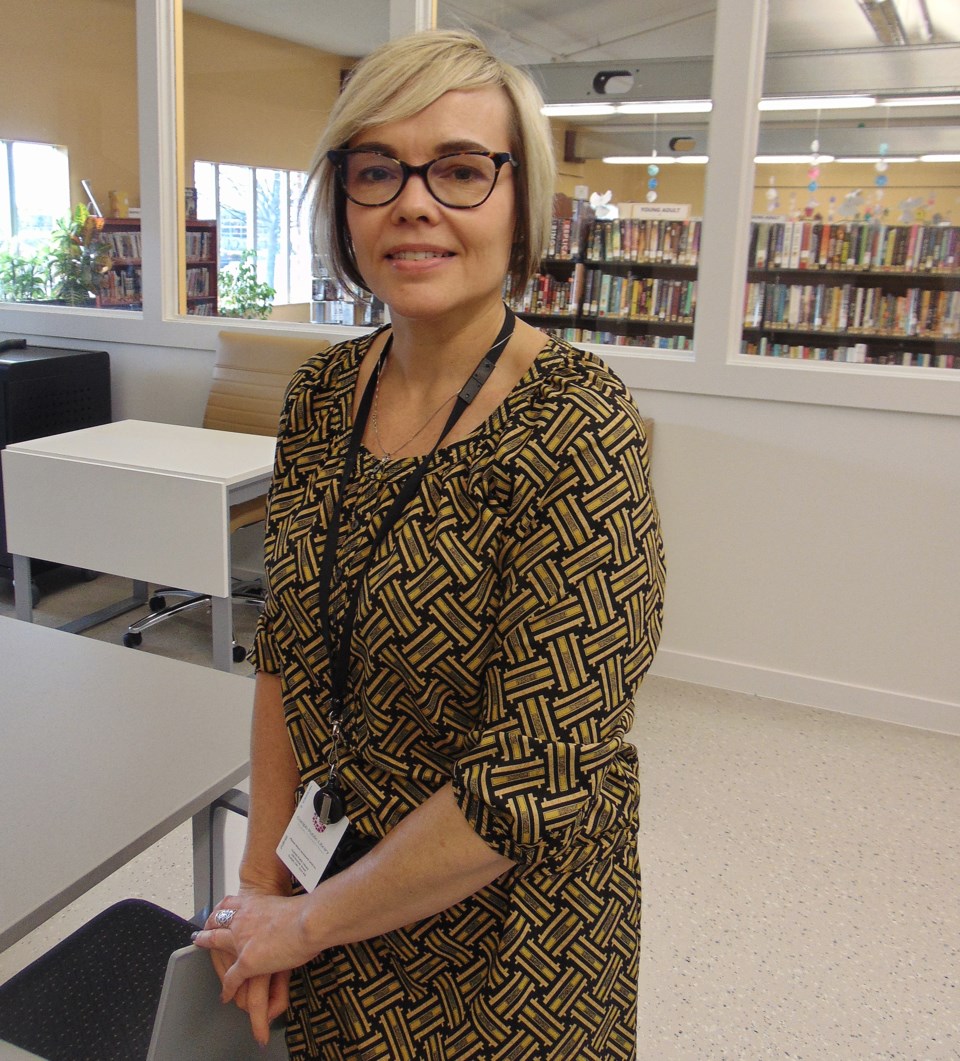 The new Makerspace/Tech Hub at the Westminster Square Branch of the Guelph Public Library will be a place to create.

The space, set to open in January, will provide the community with the opportunity for ‘hands on making’ according to Westminster Branch supervisor, Michelle Campbell.

“This will be a place where you can come and create something,” Campbell says.

This will be the second Makerspace/Tech Hub offered at the library, the first being at the main branch.

“The main branch tech hub has been running for a few years but there really isn’t much space, so we are excited to have the opportunity to offer a new space at our branch," Campbell said.

“This will be free and accessible to anyone of all ages. Our seniors have been asking about what’s going on. Construction has been happening since June, so they are eager to try it out."

Compared to the tech hub at the main branch, the Makerspace at Westminster will be more advanced and will offer a few more options.

The modern space, which is near completion, offers a fabrication area which will include 3D printing and an embroidery machine where anyone can create their own designs on fabric.

The Makerspace will also have an audio video editing suite complete with high end video technology, iMac equipment and a green screen.

“It will give the ability to create sound and video, for example podcasting. People can even bring in their musical instruments and be able to record themselves,” Campbell said.

The Glowforge, a 3D laser printer, is a combination cutter and engraver. It will cut wood, plastic and leather onto whatever you need and then you can engrave it. People can use this for signs, decorations and for those who are really crafty, they can then go on to sell their wares.”

The Cricut Machine will also allow users to cut smaller shapes for paper or fabric, ideal for those interested in scrapbooking.

And the library will also offer a converter for anyone wishing to convert their VHS video to digital.

There will be three computers accessible for those wanting to do their designing and an erasable whiteboard will surround the space for those eager to brainstorm and share ideas before getting started.

The Makerspace will offer open workspace for collaborative work for teens and adults in school and work-related meetings.

‘That covers the fabrication part of the hub and then there will be the coding and robotics part which will really appeal to kids,” Campbell said.

“This will teach them how to use code with an app. It is another language almost. The code on the app will tell the robot to perform and this gets quite advanced. It is a great way to tie in the coding with robotics.”

The final part of the Makerspace will include a gaming hub with a Nintendo Switch and PlayStation system complete with comfortable seating and two big-screen TVs.

There will also be a virtual reality oculus rift in the corner. Headsets can be worn, with no wires attached.

The Makerspace is for everyone.

“The kids in this area are very techy and many of the schools here have makerspaces so we know that we have neighbourhood support,” Campbell said.

“But this will also encourage adults to take part, those who may not have access to this in their normal life.”

Campbell has a background working with local school libraries and she has seen the many benefits that come along with makerspaces.

“Here at the library, we have lots of kids, families, university students and seniors, so it’s a popular place. I’ve seen, especially with school age children, these ‘hands-on’ ways of learning and creating, is so positive,” she said.

“Not of all our branches would have had the space so it is a perfect match of management, space and community support.”

Campbell hopes the library will open with a phased in launch in January.

“We have to staff it and set up the equipment, so it will take place in phases. Some sections might be bookable and will require some background knowledge and training. But we will work that out,” she says.

The Makerspace will be open during library hours and programs will run mostly on afternoons, evenings and weekends. School visits are also in the works.

“For me, libraries are changing. We are moving away from places where you just consume to places where you create. Also, a lot of this equipment is not accessible normally so anyone can come and learn. Plus, technology is always changing. This too, is the role of the library to provide something new and cutting edge,” Campbell said.

GALLERY: A photographic stroll around historic downtown Guelph (26 photos)
Jun 4, 2020 11:00 AM
Comments
We welcome your feedback and encourage you to share your thoughts. We ask that you be respectful of others and their points of view, refrain from personal attacks and stay on topic. To learn about our commenting policies and how we moderate, please read our Community Guidelines.