O’Brien Fabrications offers a full menu of custom fabrication
Listen to this article
00:04:09

In business it pays to be ahead of the curve, and O’Brien Fabrications is certainly leading the pack when it comes to diversification.

As a full-service metal contractor serving Guelph, K/W, Cambridge and surrounding areas since 1989, O’Brien has continued to expand its capacity to the point it now includes such services as custom metal fabrication, welding, metal roofing, and siding.

One of the areas in which O’Brien has been experiencing consistent growth is in its commercial HVAC division.

According to O’Brien’s HVAC project manager Matt Wickie, commercial HVAC installations can be complicated. From rooftop unit replacement to interior elements such as refrigeration, gas piping, plumbing, thermal insulation, and air balancing, a commercial HVAC system is more than just a furnace install.

Additionally, with more companies and property managers becoming aware of the importance of circulating clean particulate-free air in a post-COVID world, top quality ventilation systems are becoming critical components of new commercial HVAC systems, and Wickie said the industry is evolving to meet those demands.

“For example, manufacturers are coming out with new UV lighting set-ups where they install UV lights in ventilation systems to burn off any bio-chem and other elements within an airstream,” said Wickie, who has 30+ years of industry experience. “We do deal a lot with HEPA filtration systems. School boards are getting more into the MERV-13 air filtration systems now. It’s just a higher standard that eliminates more particles from the air.” 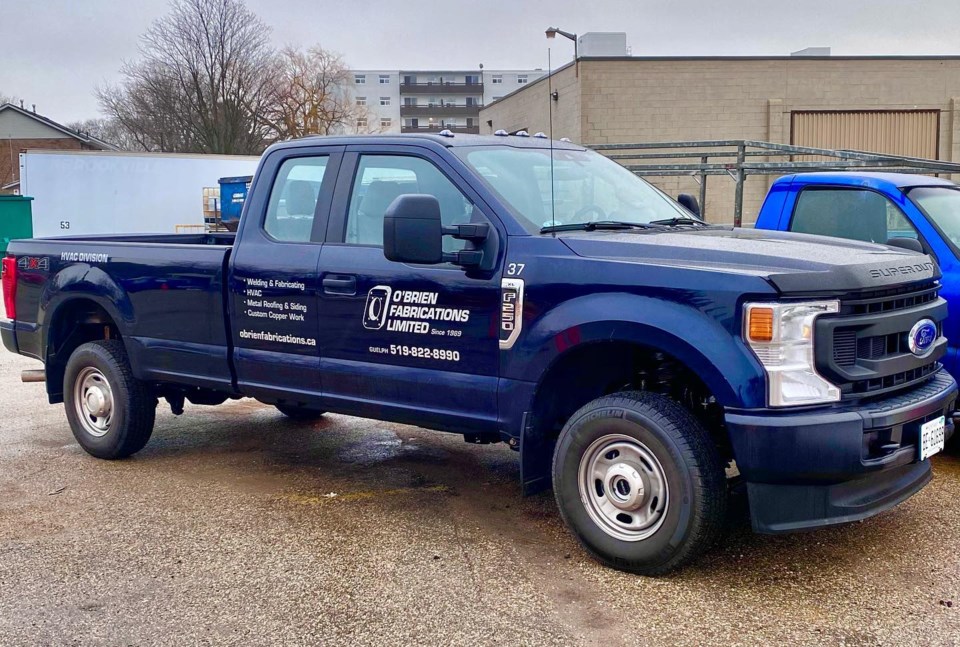 The HVAC department at O’Brien Fabrications is part of a thriving company employing nearly 30 people in an 8,000 square foot shop co-founded by Mike O’Brien and Bill Green. One of the challenges O’Brien currently faces in not only its HVAC division but across the board is attracting young people interested in a career in the industry. It’s an issue facing all skilled trades and one that Wickie says is a constant concern for companies like O’Brien.

“There’s been a strain on the trades for quite some time,” said Wickie. “Ever since construction of high-rise building structures has taken off it’s really taken a lot of the experienced manpower away from the commercial end of things. We are finding that a lot of young people are looking to get into the trades on apprenticeships, but there’s just not enough journeymen available to support the one-to-one ratio for apprentices. It can be a struggle.”

Another challenge for companies like O’Brien Fabrications is securing the necessary equipment and supplies required to complete jobs in a timely fashion.

“COVID really hit hard,” said Wickie. “A lot of our equipment is made in the States. It’s been kind of a perfect storm the past few years. A lot of rooftop unit manufacturers have gone to a higher class of certification so they had to retool everything. It’s caused huge delays in securing equipment. Basically we’re waiting on a 40-week delivery on an RTU rooftop HVAC system compared to 16 to 18 weeks a few years ago. We’re coming across projects where people want to open up in a month or two and we have to flat out tell them it’s not happening.”

The bottom line according to Wickie is that project managers should be giving themselves as much lead time as possible when planning projects. That said, O’Brien Fabrications is still delivering fast and affordable service on everything from small custom residential projects like custom duct-work to large million dollar jobs. It’s one of the reasons O-Brien Fabrications continues to be an industry leader according to Wickie.

“We price, we install, we fabricate. We have a CNC plasma machine. We can accommodate smaller contractors who may not have fabricating capability, anything from duct to insulated fittings, you name it. It’s been a great run the past few years. We really haven’t slowed down.”