Strong culinary program raises the next generation of Chefs

Several kitchen staff have gone on to great success in the culinary world after getting their start at East Side Mario’s® in Guelph.

It all comes down to the owner/operator team of Sue and Jerry Auger, who through experience, industry connections and smart personnel decisions have created a pipeline to develop talent and help them move up through the ranks.

Village Media's Content Studio spoke to four talented chefs who all began their careers at the same restaurant on Stone Road West in Guelph. 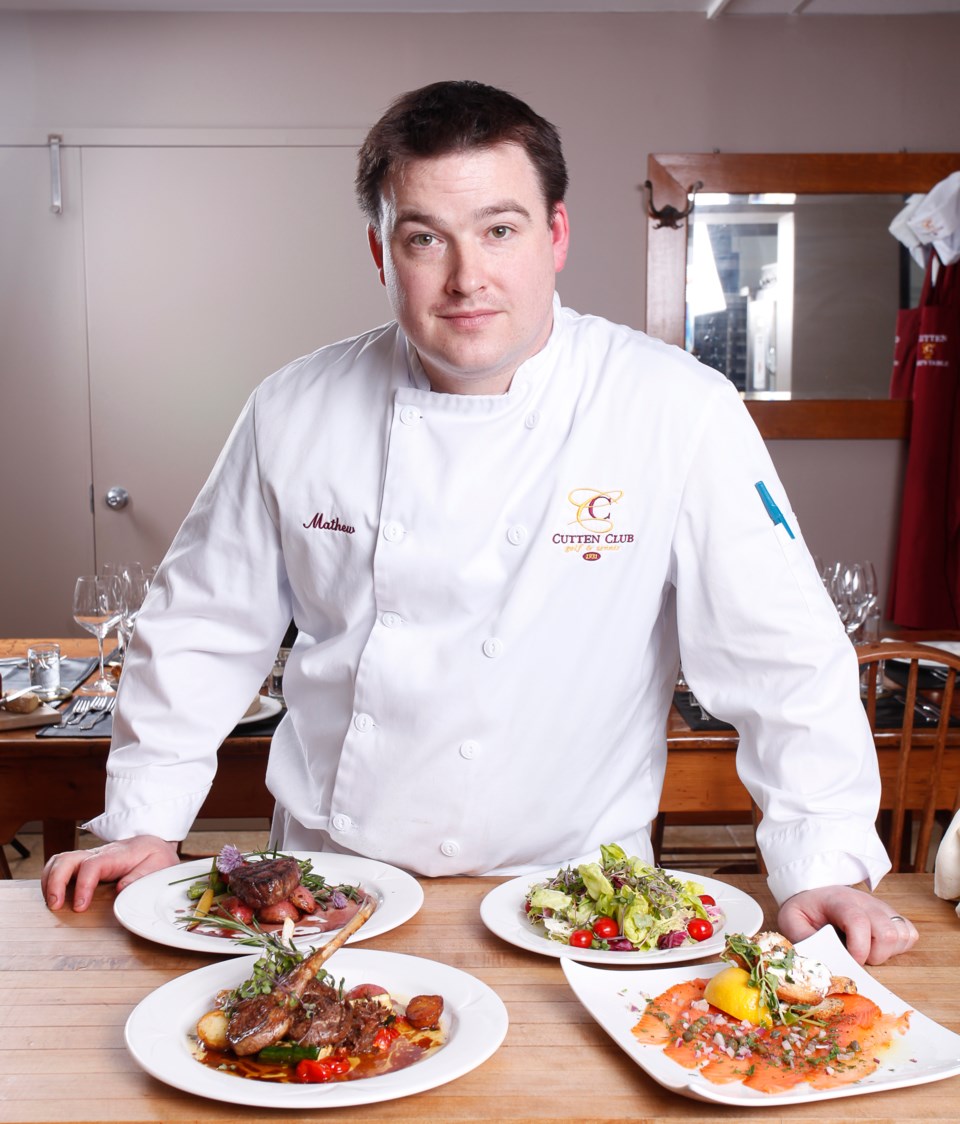 Brook was just 17 years old when he started working at East Side Mario’s® in 1992. It had just opened.

One of his managers was knowledgeable about cooking; he suggested Brook get some classical training, find an apprenticeship and get into culinary school. None of this had been on his radar at the time.

He worked part-time at East Side Mario’s®  for three years, moved to the Holiday Inn and started his search for an apprenticeship, which he completed at a fine dining establishment downtown. The next step was culinary school: George Brown in Toronto.

Now Brook is the Executive Chef for private golf and tennis club, Cutten Fields. It’s a title he’s held since 2006.

A lot has changed in the culinary world since he got his start, including the education and training of chefs. It used to be a real challenge for those outside Toronto to find opportunities, but the whole apprenticeship program was overhauled and local schools adopted new programming. Prospective students now have more options close to home, including Conestoga College, which has an excellent culinary apprenticeship program that serves the Kitchener, Guelph and Waterloo areas.

Brook plays a huge part in the industry himself: he mentors young chefs, takes them on as apprentices, advises colleges on their culinary curriculums, and has participated in the federal government’s Red Seal certification program, which standardizes culinary training from province to province.

“When Sue and Jerry had a diamond in the rough, they would say, ‘Speak to Mat, he can tell you how it works, how to get your chef’s papers, where to go to school, how to do an apprenticeship. He can tell you where to work and give you references for different employers.’”

In this business, doing the training is one thing, but you have to pass on the knowledge, Brook explains. That way you can build a stronger workforce. “You’re constantly looking for good people to fill the spots,” he says. “You need to make sure that the doors are open behind you.” 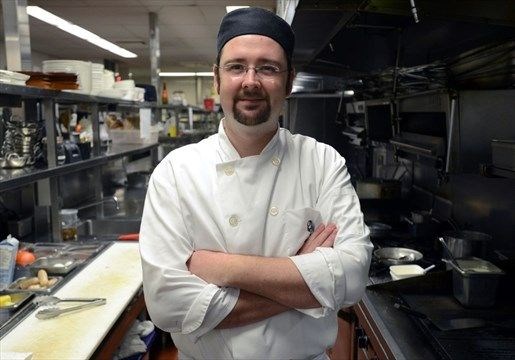 Jamie Hussey is the Executive Chef for the Jasper Collection by Pursuit. The Ontario native is currently living and working in Alberta, overseeing 10 different restaurants.

He started at East Side Mario’s® in 1998 at the age of 17 and worked there seven years. “There were some really good cooks in the kitchen but there were also some really great people out front,” says Hussey.

Eager to soak up information, he would hang around after his shift had ended, learning everything he could from senior kitchen staff. “I became very engaged with the core staff and I fell in love with the hot line because that’s who got paid attention to,” he says. He finally got his chance when someone called in sick and he was given the opportunity to man his own station. “It all clicked,” Hussey says of the moment.

His rise was swift: Assistant Kitchen Manager by 19 years old, Kitchen Manager by 20. He worked in the training department of Prime Restaurants®, then left to work part-time in fine dining, where he began his apprenticeship. At the same time, he became Front of House Manager at East Side Mario’s®, followed by a year-long stint as Assistant General Manager.

At this point he was torn, as he had fallen in love with the kitchen. Wanting to pursue his career in food, he left and went into fine dining for two years. He then spent 8 or 9 years in hotels, and another 9 at private golf courses, including the prestigious Glen Abbey in Oakville.

“East Side Mario’s® on Stone Road in Guelph is a pretty special spot. To this day, I look back fondly on my time there because of the team of people I worked with,” says Hussey. “Sue and Jerry are great operators; they bolster really strong teams. There are several people I can think of who went on to become really great chefs, managers or leaders. It was a really interesting spot, an eclectic mix of people.”

Hussey cites Mathew Brook as “one of the first who inspired me to become a chef”.

Working at East Side Mario’s® taught him business acumen, the foundations of a busy restaurant and the organization required to run it. As Front of House Manager, he did cash outs and sales reports; as a Kitchen Manager it was inventory, looking at budgets and being aware of sales and turnover costs. “There’s a good structure in those restaurants to help educate you for running a restaurant later on,” he says. 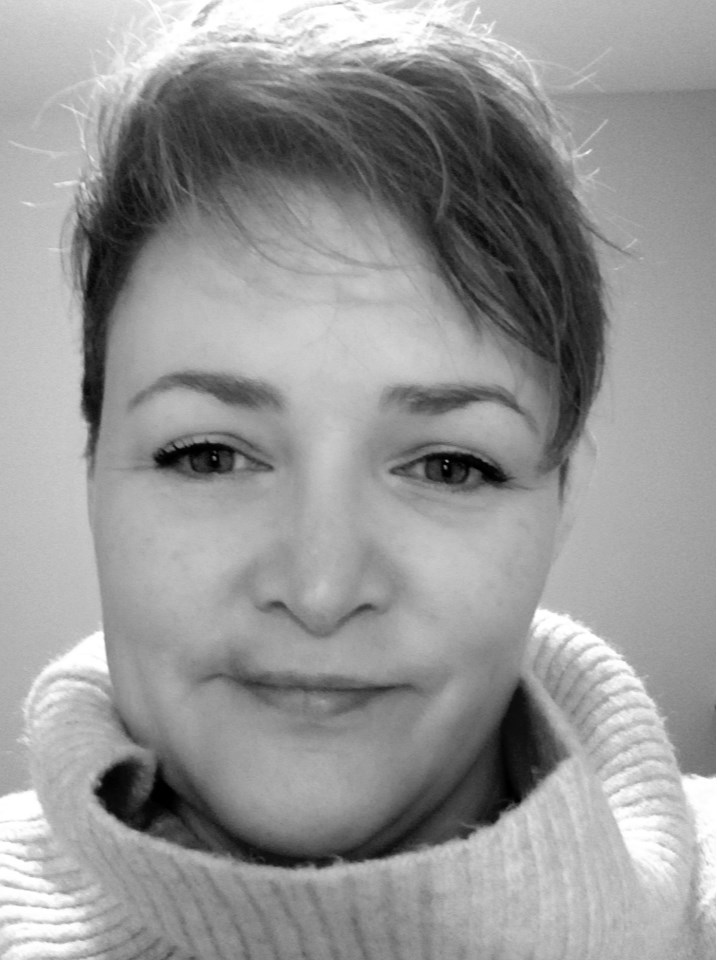 Samantha Brackenridge-Boros was 20 when she got her start at East Side Mario’s®.  At the time she had about six months’ experience doing a co-op placement through George Brown College.

She started as a prep cook and stayed about 3 years. She left to work in hotel kitchens, then a few more restaurants, some golf courses and a couple more hotels before landing in her current spot, Retail Supervisor at Wilfred Laurier University.

There are a variety of food outlets on campus and Brackenridge-Boros is responsible for two of them. She writes the menus, does all of the ordering and makes sure everything is running smoothly, and she travels around during the day to help support the other units.

She’s part of a team of supervisors and there are about 100-150 employees.

She got a lot out of her experience at East Side Mario’s®. “You have to learn not only the recipes for prep for the dishes that are being cooked but you also have to learn what levels you need. Obviously Friday nights are much busier than Monday nights. You learn how to get a sense of how busy a restaurant is going to be on a day-to-day basis,” she says.

“You also get an understanding of how to set yourself up for success. Once you’re in the rush of things you have to figure out how to dig yourself out of a hole. You have to learn how to prioritize what needs to happen next. You learn speed, accuracy, how to have more confidence in yourself and what you’re capable of—a lot of times it’s more than you actually think.”

In the restaurants she worked at later on, people would always comment on how well she was able to push through a rush. She could just focus and get things out. Whenever they asked how she managed to learn all that, she always credited her time at East Side Mario’s®.

“For a lot of people, it’s sort of like a stepping stone into that culinary career. They learn that they really love it, and they move on and embrace it,” she says. “They’re definitely great restaurants where you can learn if this is what you want to do.”

Brackenridge-Boros is still friends with many of the folks she used to work with. “It was a very family sort of atmosphere—and not in like, the toxic way,” she laughs. “You hung out with each other, you shared each other’s accomplishments, you cheered each other on, you felt their sorrows. It was a true family feeling.”

“Restaurants like East Side Mario’s® are very important for people who want to learn how to cook or find out if this is actually what they want to do for a living. There’s lots of great skills to be learned from them. You can find out before you spend money for college or drop $1,000 or more on a set of knives,” she says. 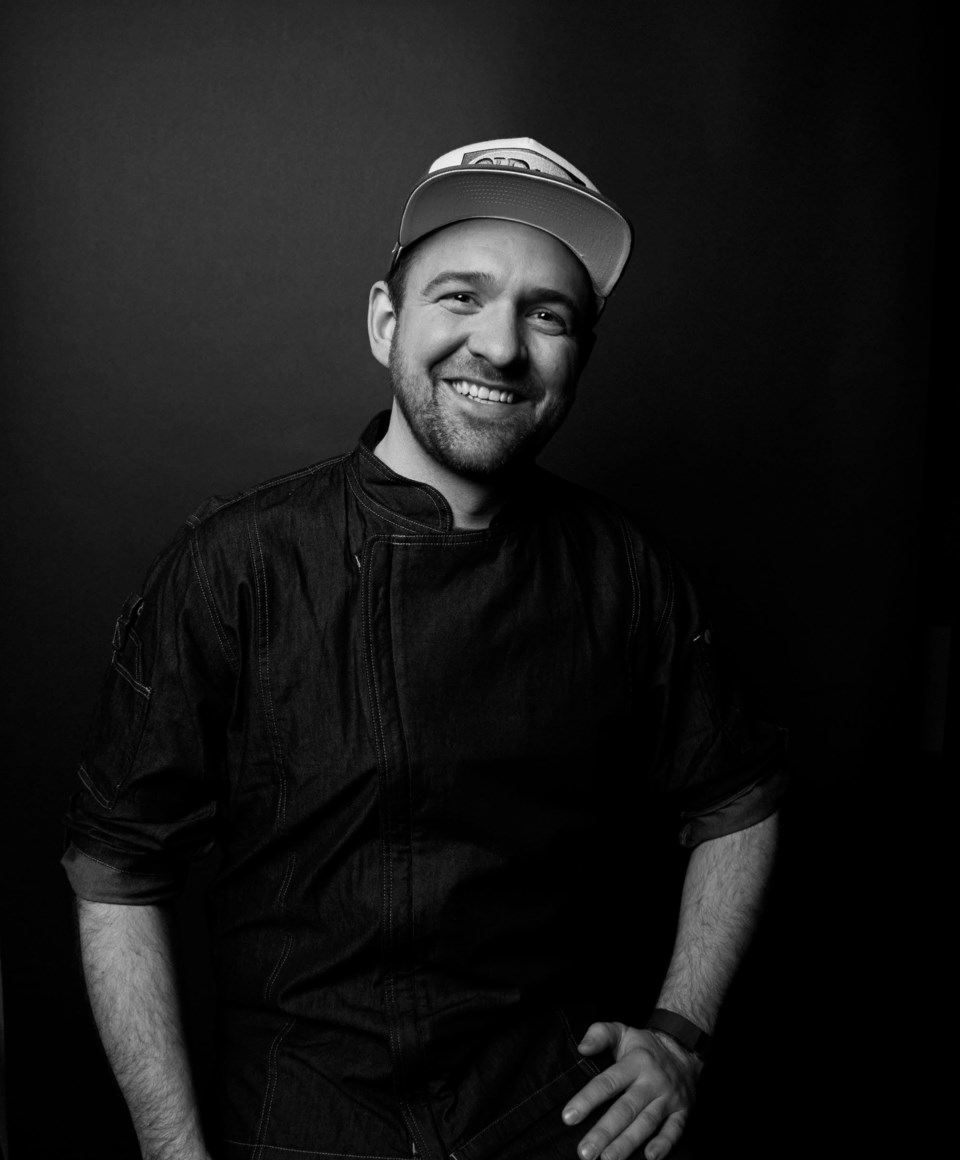 Adam Brown started at East Side Mario’s® when he was 19, the summer after his first year of university. He was enrolled in Hospitality and Tourism at the University of Guelph and the program required 1,000 hours of work in the field. A friend in the program was already working at the restaurant and recommended he apply for a part-time job.

A few years later when he decided he was going to go all-in on culinary training, he was still working at East Side Mario’s® when he enrolled at George Brown. Through relationships and contacts there, he landed a job at Cutten Fields golf course. It was there that he did the majority of his apprenticeship hours, under Mat Brook.

He remembers East Side Mario’s® as “a pretty unique place. Of all the other places I’ve worked, there’s something special about what happens there,” he says.

Most new kitchen staff start off working in pizza and salads, and Brown was no exception. He moved his way through the kitchen into prep, then onto the line and then to line supervisor. Sue and Jerry owned multiple East Side Mario’s® franchises and the location in Cambridge was looking for a Kitchen Manager; it was the logical next step.

“They gave me my first opportunity at a real management position, which was a great experience,” says Brown. He has since held many positions within Prime Restaurants®, the former parent company. There were always training sessions to go to, and he ended up on the radar of staff at the head office level.

He has worked as a Culinary Trainer, going out into the field to visit restaurants across the country—he was responsible for 45 of 98 locations. He’d help Kitchen Managers be better leaders, understand their food costs better, and do a lot of mentoring and coaching.

He has held so many different roles over the years, including managing restaurants and working as a Brand Chef for Fionn MacCools® . He now works in procurement as the Strategic Sourcing Manager for Recipe Unlimited Corporation®.

Without hesitation, Brown would recommend East Side Mario’s®  as a place for prospective culinary students. “One hundred percent, it’s the community and culture. We worked hard and were one of the top sales-grossing locations in Canada. Being the busiest can be a challenge but when you’re doing it shoulder-to-shoulder with a great team who cares to do it well and has just as much fun, it’s the best,” he says.

The culture really stood out for Brown. Staff would often come together as a large group. Misfits Thanksgiving was created for all the university kids who wouldn’t be going home to see their families.

“Sue would go and buy turkeys and we’d do a turkey dinner for 30 people every year,” says Brown, who grew up in Northern Ontario and couldn’t make the 7.5-hour drive. “So I became local to Guelph. It’s those things that aren’t part of any particular recipe, they’re just great people doing the right thing, appreciating and celebrating people. It was spectacular. To have that support, culture and community around me was amazing and invaluable.”

The pace and the speed of the job were instructive and gave him a professional leg up. He also learned a lot about leadership, managing people and their expectations, and treating people right and fairly. Knowledge was passed down and opportunities given. Says Brown, “If you’re never presented an opportunity, you’ll never grow.”

Cooking for your family made simple: Check out these easy-to-use kitchen tips from Chef Matt Rosen 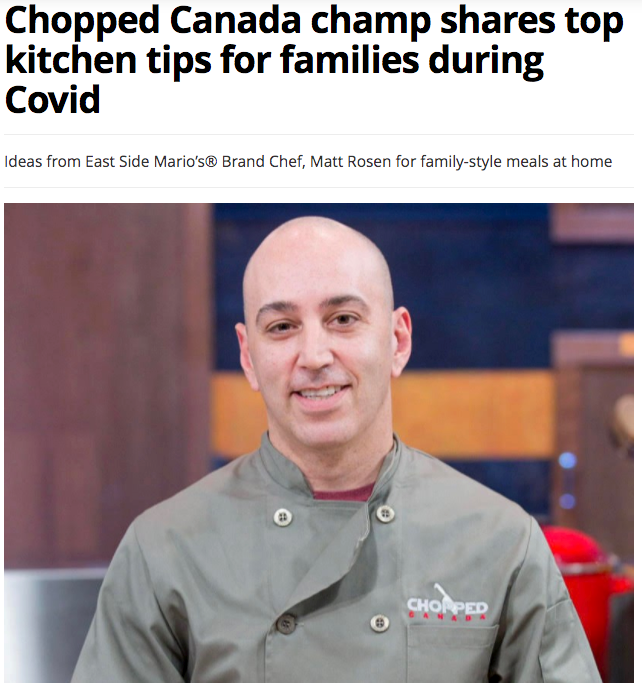