Everything in Downtown Guelph used to be something else 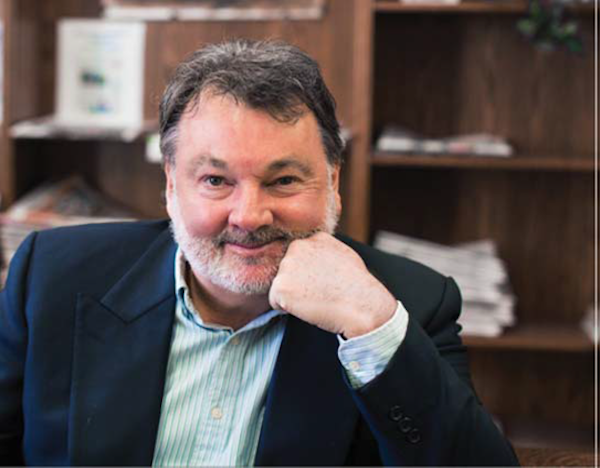 “People think that the Downtown Guelph they know and love is the best possible manifestation of a city centre and are suspicious of anybody motivated to change it. To them I say, thus it has always been. The only constant is change.”

Matthew’s Barbershop on Macdonell has been a barbershop longer than there has been a Matthew. He is a new proprietor in an old business. Back in the day these sorts of businesses were dotted around Downtown Guelph: we had barbers, milliners, tailors, bootblacks, hostlers, touts, shills, and (of course, and still) barmen.

Things change, but some things change less than others. There are no stables left in the city core, but there are still lots of services that are as old as the city itself.

Which is why I like Matthew’s, a barbershop with a liquor licence, whose sidewalk sign proclaims “ears lowered and spirits raised.” Beautiful.

I think somebody should invent a board game where you roll a dice to land on any of the properties in Downtown Guelph but only see the shape of the building and the address. If you can name the current business you’d get 10 points; if you can name the one that was in the spot before it, you’d get 20; name any further back than that, you’d get 30.

I think I’d do fairly well at the game but there are some folks I would not want to play against. Not for money, anyway. I fancy myself a Guelph history buff.  I have read novels by John Galt and read biographies and accounts of the first settlers. My family has been here (mostly) since 1922. But there are some folks who are even crazier than me on the details of what was here and when (and why).

So I think I have the right to be amused when hear folks proclaiming a retail trend using terms like “it’s all about this”, or “there is no more of that” when describing the commercial activities in the core.

They are nervous about change; they like what they know and have attachments and loyalties and are sad to see new things take the place of old. They think that the Downtown Guelph they know and love is the best possible manifestation of a city centre and are suspicious of anybody motivated to change it.

To them I say, “Thus it has always been.” The only constant is change.

My dad once earned his pocket money delivering hats for a man named Maxie Nichols. He had a haberdashery on Quebec St. and 14 year-old Freddie Williams would deliver hats to the good folks of Guelph on his bicycle for $1 a week (I know that’s the number, believe me; I’ve heard the story a million times).  But then in the 1960s men stopped wearing hats.

There was once a Loblaw’s on Upper Wyndham St. where Coriander is (fun fact: the roller racks for the grocery bins are still in the basement). I shopped there with my grandfather and father in the late 1960s. But then, they started building “supermarkets” and the quirky little Loblaw’s was gone.

And a barbershop on Macdonell changes its name, gets a refresh in outlook and attitude to deliver an age-old service -- because that age old service is still in demand. Hair grows and the hair owner wants it cut. It’s organic.

Terra View Homes recognized by industry for energy-efficient builds
Jun 23, 2020 7:00 PM
Comments
We welcome your feedback and encourage you to share your thoughts. We ask that you be respectful of others and their points of view, refrain from personal attacks and stay on topic. To learn about our commenting policies and how we moderate, please read our Community Guidelines.