Wellington County OPP say this is not because of a rise in crime but more misdials from cell phones
Feb 13, 2020 10:00 AM By: Keegan Kozolanka 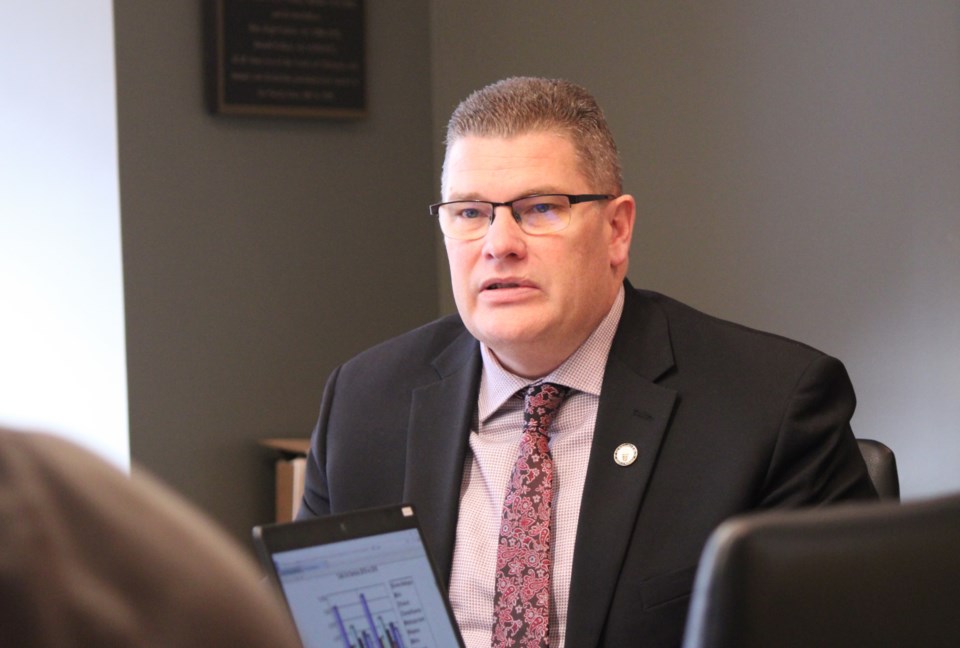 Wellington County OPP presented a 2019 year-in-review at the meeting which showed instances of crime consistent throughout the county but an odd bump in 911 calls.

Acting detachment Inspector Paul Richardson said he thinks this is mainly due to the number of cell phones in use.

“Everybody in the world is carrying a cell phone now,” Richardson said. “So we get misdials and people trying to program new cell phones.”

“We’re certainly seeing a transition from more traditional landline to cellular households," Cunningham said. “Instead of having one landline it could be possibly three or more cell phones. So by having more cell phones you have more access to an accidental 911 call.”

Cunningham also stressed how easy it was to accidentally call 911. He said some cell phones have features that allow you to call 911 with a certain combination of button presses and holds like power and volume buttons.

“What we’ve had to do over the last few years is really explain to the public and people is to learn how your phone works because we’re getting a lot of accidental phone calls,” Cunningham said. “It's really easy to buy a new phone and have all this great stuff at your fingertips but it’s another thing to find out how your phone functions.”

These misdails can create a confusing situation for emergency dispatchers.

“One of the things we’re doing as an organization is we’re assessing those calls and having our staff determine whether they’re emergent or non-emergent and we’ll dispatch based on that information,” Richardson said.

The uptick could also be a result of people misusing 911, often because they don’t have the non-emergency contact number. OPP has been educating the public on correct uses such as spotting a suspected drunk driver.

“We’re getting through to some people and they’re saying ‘Oh it is an emergency, it is life or death, somebody could be killed any moment because of a drunk driver,’” he said.

If you happen to accidentally call 911, Cunningham has advice based on conversations he’s had with emergency dispatchers.

“One thing they would like the public to know, if they do accidentally call 911 to please remain on the line and work with operators to give them the information they need,” Cunningham said. “We do of course realize that accidents do happen and mistakes are made. The best thing you can do is try to clear it up as soon as possible and not hang-up.”

North Wellington downtown businesses getting digital help through grant
Sep 23, 2020 5:00 PM
Comments
We welcome your feedback and encourage you to share your thoughts. We ask that you be respectful of others and their points of view, refrain from personal attacks and stay on topic. To learn about our commenting policies and how we moderate, please read our Community Guidelines.