Organizer of the Metz pumpkin contest said there are a limited number of free seeds left for those looking to take part
Apr 13, 2021 1:00 PM By: Keegan Kozolanka 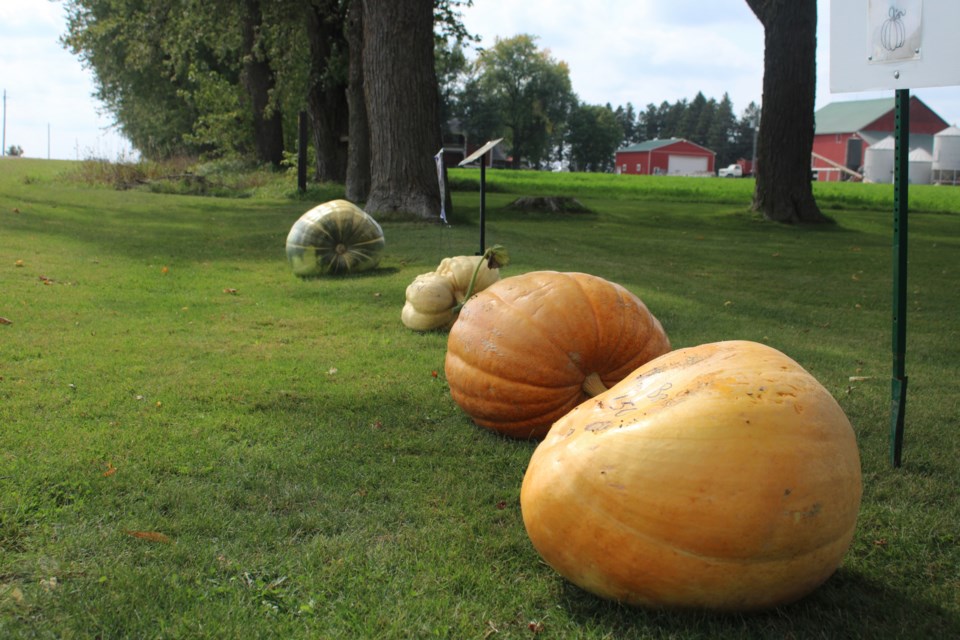 WELLINGTON COUNTY – A pumpkin growing contest in rural Wellington County will be returning for another year and those interested in participating can get a free seed or plant for a limited time.

This will be the 16th year the small hamlet of Metz, north of Fergus, has hosted a pumpkin growing contest and community event at the local church on Side Road 25 near Third Line.

Most events associated with the contest did not go forward last summer like the pumpkin cannon, potluck picnic and activities for children but the competition still went on.

Jim Coffey, one of the event organizers, said he’s cautiously optimistic the event can go forward this year.

“This is a totally outside event, that gives us some flexibility to wait and see,” Coffey said.

“If we can do it great, it’d be a great event to kind of celebrate the end of the pandemic.”

A limited number of seeds are available for those interested in the pumpkin growing contest.

He suggested people get their pumpkins growing soon so they can grow a big pumpkin.

Even if your pumpkin doesn’t turn out how you expect, Coffey said they may be able to be fired from the pumpkin cannon.

“Everybody likes the big pumpkin cannon, if your giant pumpkin only grows to six inches...you can bring it out and blast it,” Coffey said. “So you never really lose.”

Local politicians held a friendly competition to see who could grow the largest pumpkin with Centre Wellington mayor and Kelly Linton and family taking the prize with a nearly 400 lb pumpkin.

Coffey said we may see if it was beginner’s luck for Linton as they will again hold this competition category again. Mapleton mayor Gregg Davidson is trying again and Wellington North councillors have been longtime supporters.

This year, he said he hopes to get all Wellington County municipalities involved in the friendly competition.

There are three other competition classes for adults over 20, teenagers aged 13 to 19 and a children’s competition. There is also an open age class for giant zucchinis.

There is no prize besides bragging rights and an excuse to have a “fun family day in the country.” Weigh-in day is Sept. 25.

To register, for seeds or plants or for general questions, reach out to Coffey by email, James.Coffy@outlook.com, before June 1 so numbers and contact information can be taken.