Wellington North council wanted to preserve the slogan for historical significance after it was previously removed from the welcome sign
Feb 9, 2021 11:45 AM By: Keegan Kozolanka 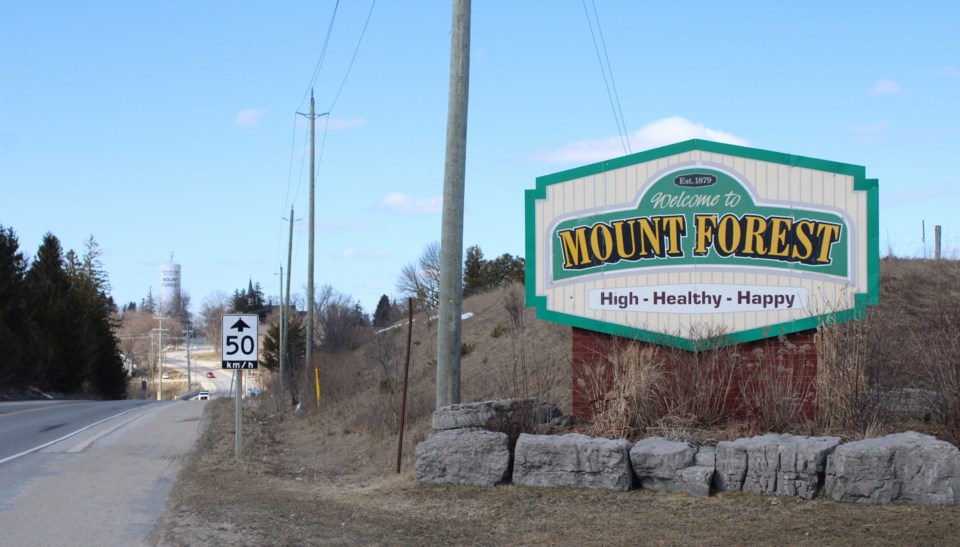 Mount Forest's motto may have been removed from the welcome sign but will remain on the water tower seen in the background. GuelphToday file photoKeegan Kozolanka

At a Monday meeting, Wellington North council approved a motion to include “High, Healthy, Happy” along with the town’s altitude on any future repainting or remodeling of Mount Forest’s standpipe.

The slogan — which refers to the town being one of the highest settled areas above sea level in southern Ontario at 1,407 feet — was previously removed from the town welcome sign after it was replaced in September of last year.

The new sign instead says “Simply Explore” which is used in Wellington North tourism.

This generated some pushback from residents who started a petition to bring the slogan back but this was closed after the new sign was vandalized.

Councillor Sherry Burke said she’s received a lot of support for the motion she put forward from residents who want to preserve the motto for the historical value although its origins are unclear.

“Nobody seems to know exactly how the motto came about, I checked with our local historians,” Burke said at the meeting. “Some think it’s been around since the late 1930s and others from a naming contest by a former mayor.”

She thanked residents who shared their stories about the motto greeting them from high above on the water tower as the arrive from the south.

Council fully supported this motion and many said they too had received many emails from residents who wanted to preserve the slogan.

“As a lifelong resident of Mount Forest, I certainly remember it being there as a kid and I think it's something the people of Mount Forest should enjoy,” said councillor Dan Yake.

“It’s not a major issue council should deal with but it’s one of those things that can get people upset.”

Mayor Andy Lennox said he thought it was a good idea the motion included stating the altitude on the water tower to avoid the insinuation of a different kind of high.

“Some people who see the motto don’t really necessarily recognize why high is part of the motto and of course that leads to some misunderstandings,” Lennox said.

“I think the idea of keeping the altitude with it is important to help everyone understand what the high part of the high, healthy, happy is as well.”

The motion was passed unanimously.