The South River subdivision will see over 400 units of mixed types and price in the south end of Elora
Jun 29, 2020 3:01 PM By: Keegan Kozolanka 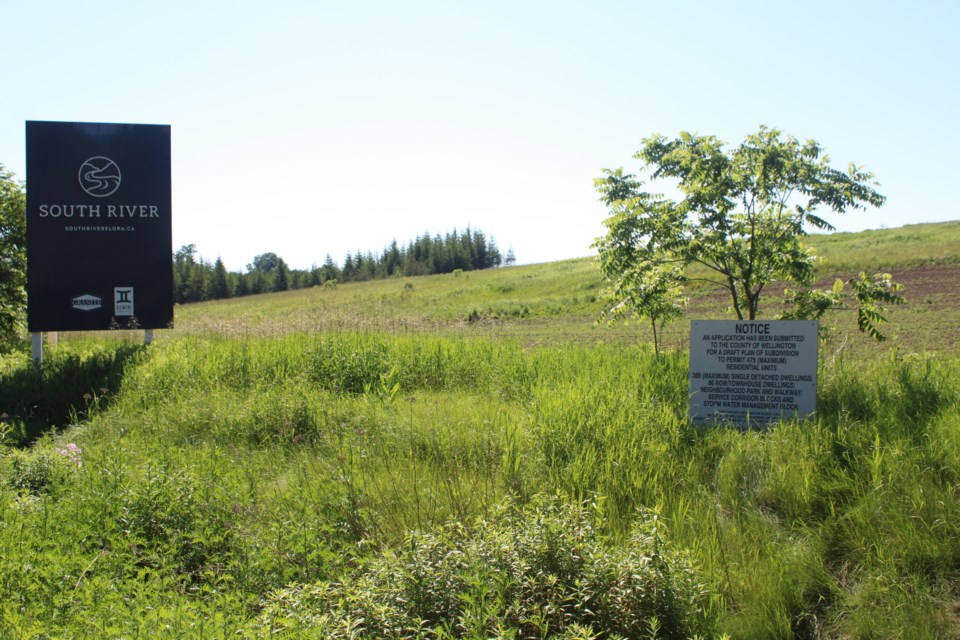 CENTRE WELLINGTON – South River, a large subdivision planned for south Elora is closer to fruition as the Township of Centre Wellington entered into a subdivision agreement at Monday’s council meeting.

Owners of Haylock Farms LTD. plan to build a 434-unit subdivision off South River Road in Elora. The units will be mixed residential which could include singles, townhouses, condos and low-rise apartments of various sizes and prices.

In a presentation to council by Jeremy Grant from Seaton Group, he said they had originally planned to begin building around this time but were delayed due to COVID-19.

Grant said they have consulted with the community to create a design guideline that will guide the project from beginning to end. The goal of the design guideline is to keep the small town character in Elora.

“One of the things we’re trying to do is incorporate things familiar to Elora and incorporate them into the design guidelines,” Grant said, adding this includes stone walls and rail fences to reinforce the rural feel of the community.

Grant stressed this will be a pedestrian friendly subdivision with traffic calming measures, connected trails and two parks.

Councillor Kirk McElwain asked Grant if the project will remain at 434 units as it has changed a few times since the early days of the project years ago.

Grant acknowledged the number of units could vary and that will largely depend on the type of multi-residential build the developer chooses in phase two based on what the housing market dictates.

“The multi-res block has a maximum permitted unit count of 150 and a minimum of 70,” Grant said. “The product type on that block could range from townhouses to low-rise apartment buildings. I don’t think the owners of Haylock Farm LTD. know what product will be built.”

Councillor Ian MacRae praised the use of multi-residential units which is something he said he feels the town doesn’t have enough of.

“You often here from residents that there’s not enough smaller sized units for people that are retiring and want to downsize to a smaller house,” MacRae said. “Also for younger people just starting out looking for a more affordable unit and still live locally.”

According to a report to council, the development of the subdivision requires the extension of municipal services as well as the construction of a storm sewer. This will result in the reconstruction of a portion of South River Road.

This requires a service financing agreement with the township as well.

The developer is responsible for all upfront costs for this infrastructure, no township dollars go towards it. The report shows the total cost of the South River Road work will be over $2 million. Under a growth-related development charge bylaw, the developer will be eligible for almost $800,000 in development charge credits when houses begin to be built.

Centre Wellington indoor pool reopening in August
Jun 30, 2020 9:00 AM
Comments
We welcome your feedback and encourage you to share your thoughts. We ask that you be respectful of others and their points of view, refrain from personal attacks and stay on topic. To learn about our commenting policies and how we moderate, please read our Community Guidelines.