Stakeholders in the development are seeking financial support from the county and city the project
Oct 16, 2020 1:50 PM By: Keegan Kozolanka 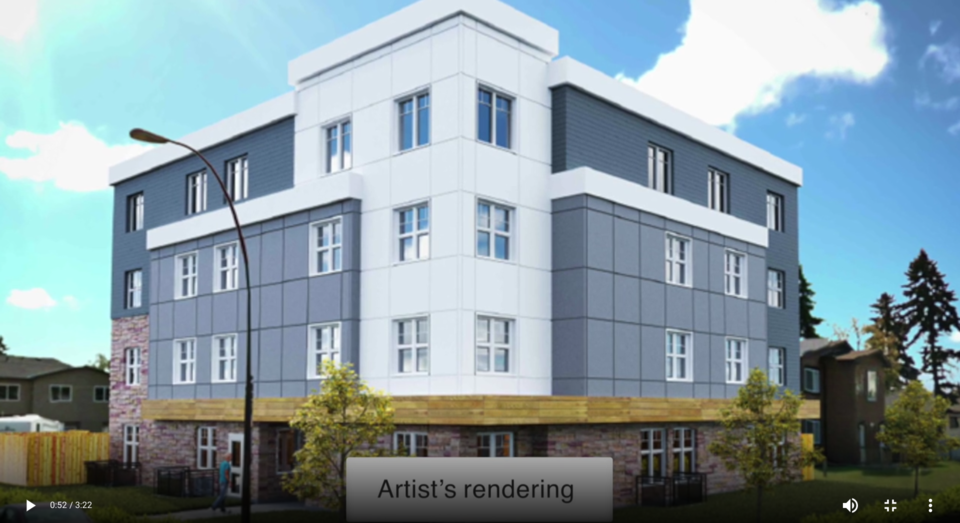 An artist rendering of the proposed permanent supportive housing project on Shelldale Crescent.

This was announced in a video posted to Kindle Communities site which promoted the project’s benefits for the area’s vulnerable residents who face chronic homelessness and other housing challenges.

This development is a partnership between Kindle Communities, Skyline Group of Companies and Guelph Community Health Centre (CHC).

The proposed building in the Onward Willow neighbourhood will be located on the back portion of a piece of land owned by Skyline near the Shelldale Centre.

To fund this project, the partners are looking for support from the local government.

Jones said to the committee that the land Skyline has donated and development management services provided have been valued at $1.2 million.

Their ask to the county was to match that funding.

This request was referred to county social services staff to prepare a report and recommendation.

Markle said they are going to the City of Guelph to make a similar ask later this month.

She also said the expected cost of this project is just over $6 million.

“It’s so important for us to build supportive housing in Guelph to ensure our most vulnerable have a place to call home and have wraparound support services for them,” MPP Mike Schreiner said in the video.

Thirty people will be housed in the building which will feature in-house health services such as mental health and addiction supports.

“The residents that will live in this permanent supportive housing building will be some of our community’s most marginalized,” said Rachelle Devereux, Guelph CHC executive director.

“That is why we are going to work together with our partners to design individual teams that will provide support to them right in their building.”

Markle explained that on top of the health services offered, the units are considered deeply affordable and residents won’t pay much more than $660 per month for rent.

Public encouraged not to attend Remembrance Day services in Wellington County
Oct 28, 2020 6:59 AM

Reopening of Elora's Badley Bridge slightly delayed
Oct 27, 2020 4:20 PM
Comments
We welcome your feedback and encourage you to share your thoughts. We ask that you be respectful of others and their points of view, refrain from personal attacks and stay on topic. To learn about our commenting policies and how we moderate, please read our Community Guidelines.