The rebuilt bridge originally intended to reopen to traffic in late-November will now open in December
Oct 27, 2020 4:20 PM By: GuelphToday Staff 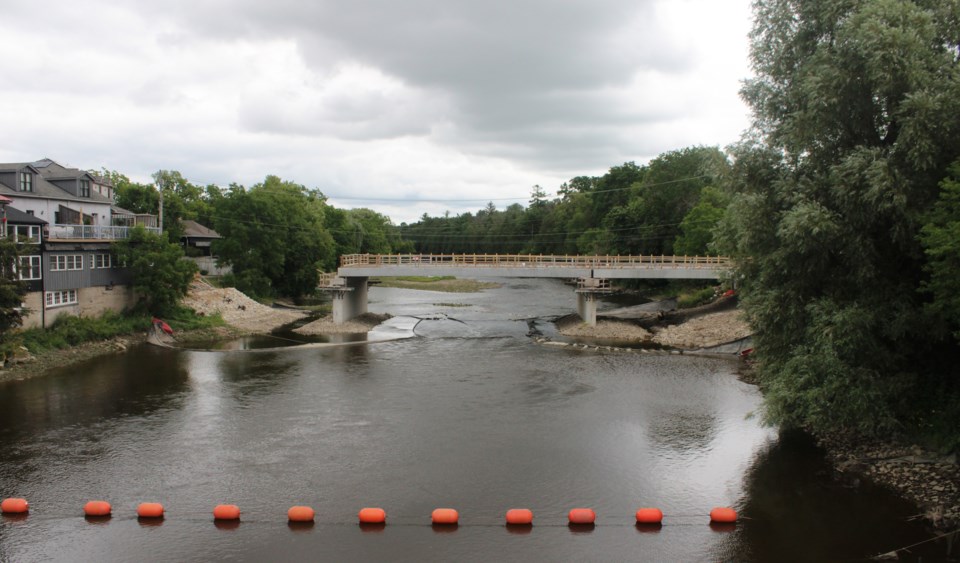 ELORA – The Badley Bridge will be reopening to traffic this year but not as early as expected.

County of Wellington construction manager Joe de Koning confirmed by email that the downtown Elora bridge will be open to traffic by Dec. 4 as opposed to late-November as originally expected.

De Koning said the opening could be pushed back again to as late as Dec. 11 from days lost to poor weather. There will be a further update confirming the opening date and official event in the near future.

De Koning clarified by phone that it also delays pedestrian access which was planned to open shortly after traffic in December. He was unable to give a firm timeline for that opening.

The original bridge was closed and demolished early this year and Looby Construction has remained on schedule so far through the pandemic.

“Meeting key milestones to date, Looby has managed the project through the unique challenges we have all experienced in 2020,” de Koning said by email. “However, they will not be able to complete the work required to open the bridge to traffic by the end of November.”

'Unfortunately, Wellington County is pulling the whole region into the red:' Warden Kelly Linton
Nov 26, 2020 1:50 PM
Comments
We welcome your feedback and encourage you to share your thoughts. We ask that you be respectful of others and their points of view, refrain from personal attacks and stay on topic. To learn about our commenting policies and how we moderate, please read our Community Guidelines.