The Town has partnered with a Kitchener-Waterloo based start-up to do a more in-depth inspection than their staff would normally be able to do
Jul 23, 2020 5:00 PM By: Keegan Kozolanka 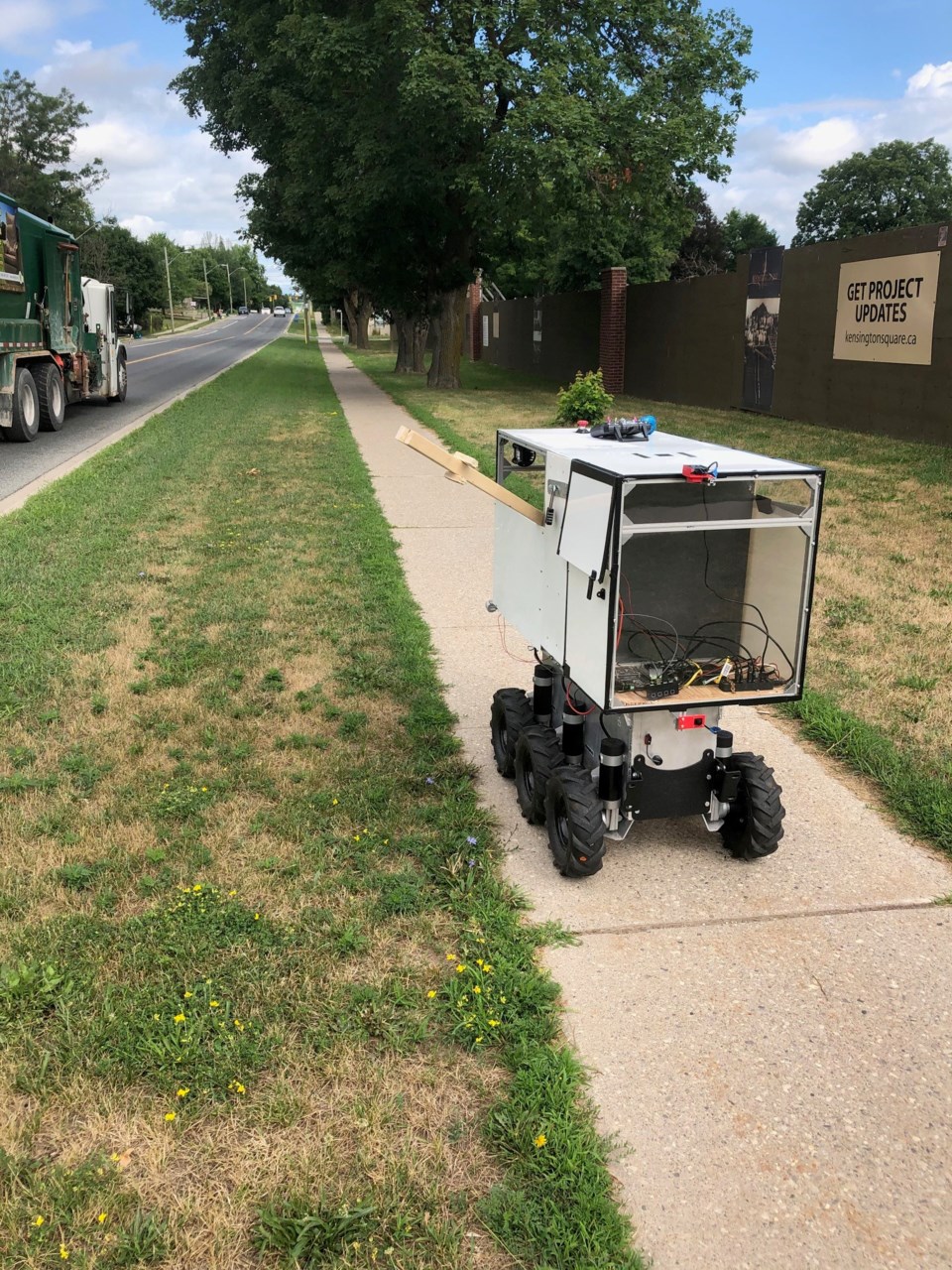 The Town of Erin partnered with a robotics start-up to deploy a semi-automated sidewalk inspector. Supplied photo

ERIN – The Town of Erin has a new employee on the payroll for their yearly sidewalk inspection but they look different than expected.

The town has partnered with tech start-up Top Hat Robotics to deploy a robot to inspect local sidewalks.

Top Hat Robotics is a new Kitchener-Waterloo based company that makes robots for sidewalk work-related uses.

This new robot is not fully-autonomous. A Top Hat Robotics staff member accompanies the robot.

When inspecting the sidewalk, the robot looks for cracks, step hazards and dips where ponding could happen.

Nick Colucci, Erin’s director of infrastructure, explained that what this machine can do is beyond the usual visual sidewalk inspection by town staff.

“It does an inspection, but it also gathers data,” Colucci said. “Exact location of repairs and the exact location of the sidewalk which will give us GIS information for our sidewalks, which we don’t currently have.”

He said this is a lot more cost effective than having town staff walking the sidewalks doing inspections.

“This is a trial basis, so our fee this year is under $1,000 for the whole project,” Colucci said.

A common objection to automating processes is the loss of human jobs, but Colucci said this will do the opposite.

Colucci said Top Hat Robotics will provide a report and data which he will bring to council with a budget for the repairs in the near future.

Colucci explained the company is looking to expand on this project and build a fully autonomous robot that can do full maintenance of sidewalks including winter plowing and salting.

Centre Wellington councillor completes 'emotional, mental and physical journey' to Ottawa
Sep 29, 2020 1:55 PM
Comments
We welcome your feedback and encourage you to share your thoughts. We ask that you be respectful of others and their points of view, refrain from personal attacks and stay on topic. To learn about our commenting policies and how we moderate, please read our Community Guidelines.