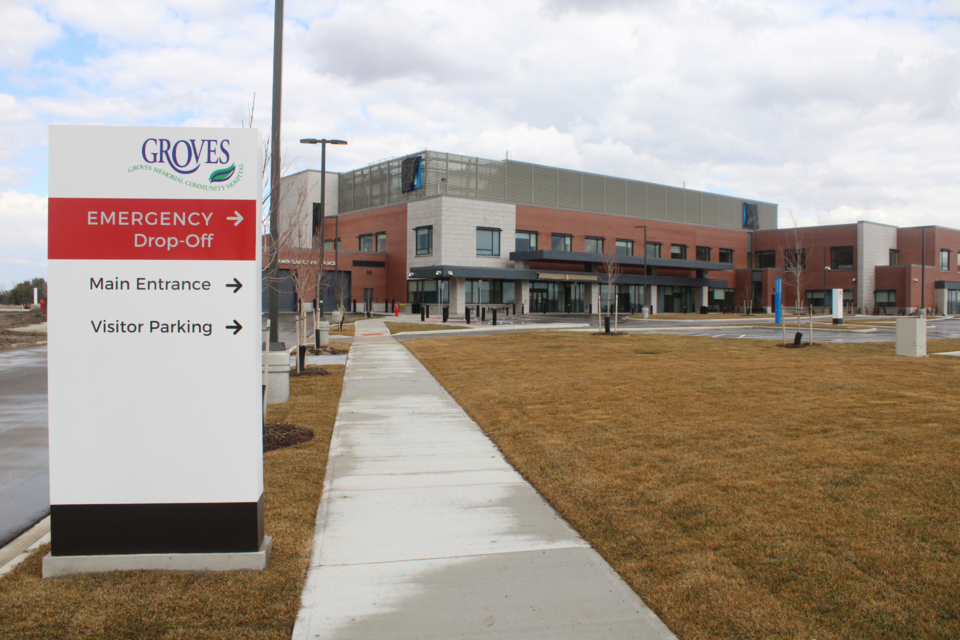 The new Groves Hospital in Aboyne is expected to open this spring to replace the Fergus location. Keegan Kozolanka/GuelphToday file photo

WELLINGTON COUNTY – With seven confirmed cases already in Wellington County, local hospitals are preparing for an influx of COVID-19 patients in the coming weeks.

The Wellington Health Care Alliance represents the hospitals in Wellington County which include Groves Memorial Community Hospital in Fergus, Louise Marshall Hospital in Mount Forest and Palmerston and District Hospital in Palmerston.

Stephen Street, CEO and president of the Wellington Health Care Alliance, explained that all hospitals in Ontario have been asked to identify any additional capacity available.

“Critical care units, ICU beds are expected to be the most in demand,” Street said. “So our regional hospitals met and we put forward a plan that would open up some additional beds across the region.”

He explained that they’re doing a lot of planning for a number of different scenarios but it wouldn’t be wise to speculate on what they all could be.

“I think it’s safe to say the healthcare system is looking to scale up as fast as we can in as many areas as we can,” he said.

Street said they have reduced non-essential services to free up staff to convert areas into additional care spaces.

Dr. Nicola Mercer, Medical Officer of Health for Wellington-Dufferin-Guelph Public Health, said the county is unique because it has a nearly completed hospital. The new Groves Hospital in Aboyne was expected to open this spring to replace the old site in Fergus.

Street said they have considered keeping both sites open, but staffing would be an issue.

“We just don’t have the staff and physicians to open up that as a net new facility,” Street said. “We are continuing to get the facility opened up as soon as we can and move from our current site.”

Mercer said they are anticipating more COVID-19 patients in the coming weeks.

“We’re probably about two to three weeks away from being at peak number of cases,” Mercer said.

She explained this is because of COVID-19’s two week incubation period, people who may have caught it on March Break vacation have begun to get sick. These patients don’t always require immediate hospitalization.

“Some of those people, if they get sick, they won’t necessarily need a hospital bed for another few days or a week,” Mercer said. “They stay home for awhile when they’re sick.”

Street said he does hope to get the new hospital running soon but that would depend on if there is a surge of cases and how effective social distancing has been.

Mercer said she hopes we are able to collectively flatten the curve of cases through our actions.

“What the individual does today will make a huge difference in two weeks to the hospitals,” she said.

“We really appreciate everyone’s well wishes and we look forward to working together to meet this challenge,” Street said.