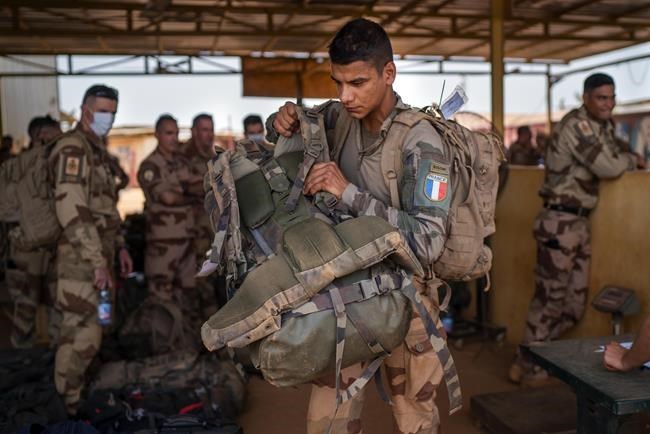 In a news conference, Macron spoke about the “profound transformation of” France’s military operation in Mali and neighboring countries.

The French operation will be replaced by another cooperation and support mission of French troops that will further rely on regional partners and continue to focus on fighting Islamic extremists, he said.

Details will be unveiled in the coming weeks, he said, including on the number of troops France is keeping in the region.

France now has more than 5,000 troops in Africa’s Sahel region.

“The final goal is to reduce our multiple military deployments” in the region, he said.

“I’m saying it again: France is in Africa only at the request of Africans ... to fight against terrorism,” Macron added. “But the shape of our presence, an operation abroad involving 5,000 troops, is not adapted any more to the reality of the combats.”

He said France will focus in the future on deploying special forces in cooperation with other European countries.

French troops have been present in Mali since 2013 when they intervened to force Islamic extremist rebels from power. The operation, called Barkhane, was then expanded to include Chad, Niger, Burkina Faso and Mauritania to improve security and stability in the broader Sahel region.

Bathroom Installer
Moving your Business while Keeping up Productivity