BEYOND LOCAL: Privacy concerns cause sale of home DNA kits to plummet

Almost every genetic database shares information with the pharmaceutical industry but it wasn’t until law enforcement started using the databases that consumers took note
Mar 16, 2020 8:55 PM By: The Conversation 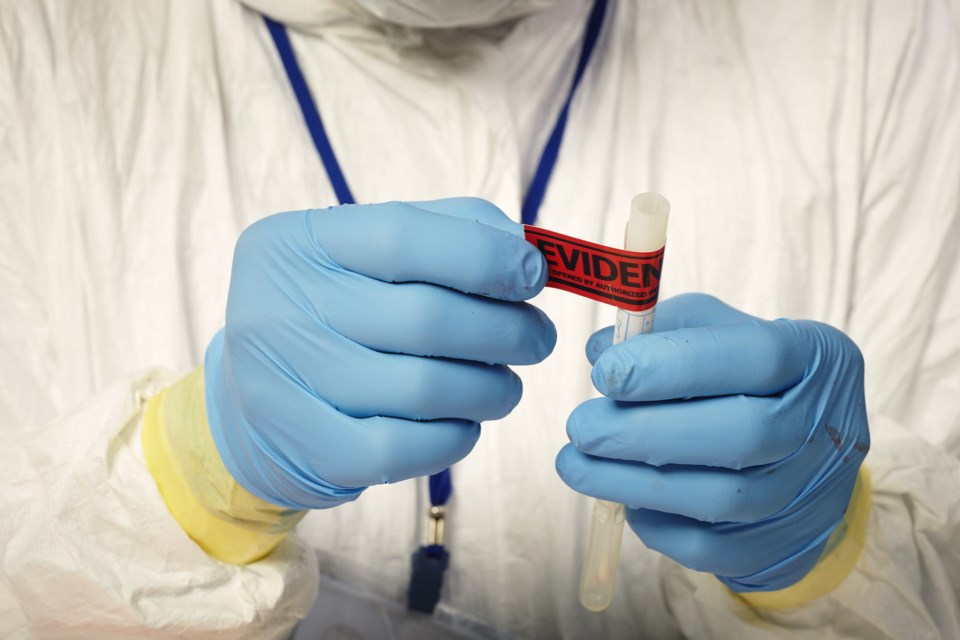 Surprising news recently emerged from the personal genetics business. The two leading direct-to-consumer companies in North America, 23andMe and Ancestry.com, announced within a week of each other that they were laying off a significant proportion of their workforce as a result of a steep drop in sales.

This past Christmas, the sales of testing kits were expected to take a sharp hike — nothing says family like a gift that says prove it. But sales plummeted instead.

According to Second Measure, a company that analyzes website sales, 23andMe’s business plummeted 54 per cent and Ancestry kits sales declined 38 per cent.

Industry executives, market watchers and genealogists have all speculated about the causes of the drop in consumer interest. Market saturation? Early adopters tapped out? Limited usefulness? Recession fears? Whatever the theory, everyone seems to agree on one factor: privacy concerns.

For observers like me, who have been watching the trends in the industry of family history for years and have repeatedly raised concerns about genetic and family privacy, there’s a certain relief that consumers have taken notice.

Two third-party uses of genetic genealogy have given consumers pause for thought.

One: Almost every database shares information with the pharmaceutical industry. 23andMe was clear from the beginning that its health information would be used by its research partners and asked consumers to consent. But when it started to sign major deals with drug developers in 2015, consumers began to realize that, once again, similar to social sharing platforms, they were the product. A fact not so surprising from a company whose initial investors were from Google and Facebook.

Still, as long as testing prices were low and continued to fall, consumers bought the sell. Companies promised consumers they were contributing to a greater good. Medical science could use their genetic information to develop treatments, even if they might never need the drugs (or indeed if any drugs would ever be developed).

So even though the companies were profiting from their information, the number of people sending in their spit grew exponentially. Business was going well. Then a second third-party use was revealed and sales started tumbling.

The sharp decline of sales

Shortly after California detectives announced they had used GEDmatch, a public genetic genealogy database, to solve the cold case of a sadistic rapist and killer known as the Golden State Killer, the exponential rate of growth in the industry began to decline. That 2018 case set off a wave of privacy concerns about genetic genealogy and divided people who had already submitted their samples.

Almost overnight, a new industry was hatched using genetic genealogy databases to solve cold cases. GEDmatch, the company at the centre of the debate, was caught in the middle.

The GEDmatch founders, a couple of genealogists who just wanted to provide a place for genealogists to share DNA results without the privacy restrictions of the testing companies, eventually sold the company after attempting and failing to align its privacy policy with something viable for consumers and the company.

Last winter, one of the major testing companies, Family Tree DNA, revealed that it had been co-operating with the FBI unbeknownst to its users. Only a few weeks earlier U.S. News had ranked the company’s privacy policy as one of the best in the industry. Even a seasoned reporter studying the privacy policies closely could not discern that the company was sharing information without consumer consent.

Initial responses from people who had already been tested seemed to be heavily weighted in favour of the ethics of catching violent criminals over personal privacy.

But when GEDmatch users were given the opportunity to choose whether their data could be used by police, only 200,000 out of the 1.2 million users opted in, though some of that statistic could be a function of the new European data protection laws (GDPR). A more recent poll by the Pew Research Center found that Americans were almost evenly split on questions of data privacy versus the greater good of solving cold cases.

The question Pew asked, however, did not address the nuanced question of what kind of crime? The type of crime matters. Recent cases, in particular of mothers who abandoned babies decades ago, seem to test another kind of ethical limit. Should the databases be restricted to the search for violent criminals only? Cold cases only? What about nonviolent crime? Where do we draw the line?

What the poll statistics can’t measure is the number of people who have deleted their results. But no company will reveal that information. Anecdotal evidence comes from genealogists who saw a rapid decline in the number of cousin matches immediately after the revelations that law enforcement had been mining genetic genealogy data.

What will happen now? With the mounting privacy concerns and a plethora of competing privacy bills in the works, companies are pivoting away from ancestry testing to focusing on whole gene testing health results. They are also testing in countries where the market uptake has been slow. Google has just announced that it will sponsor DNA collection in Brazil.

In the face of a slowdown in genetic ancestry testing, the existential question of “Who do you think you are?” is turning to the question of “What lurks inside us?”