When Guelph politics get too toxic even for Facebook

This week on Market Squared, we do at least five minutes of research to plug an example of our local Internet toxicity
Sep 7, 2018 6:00 PM By: Adam A. Donaldson 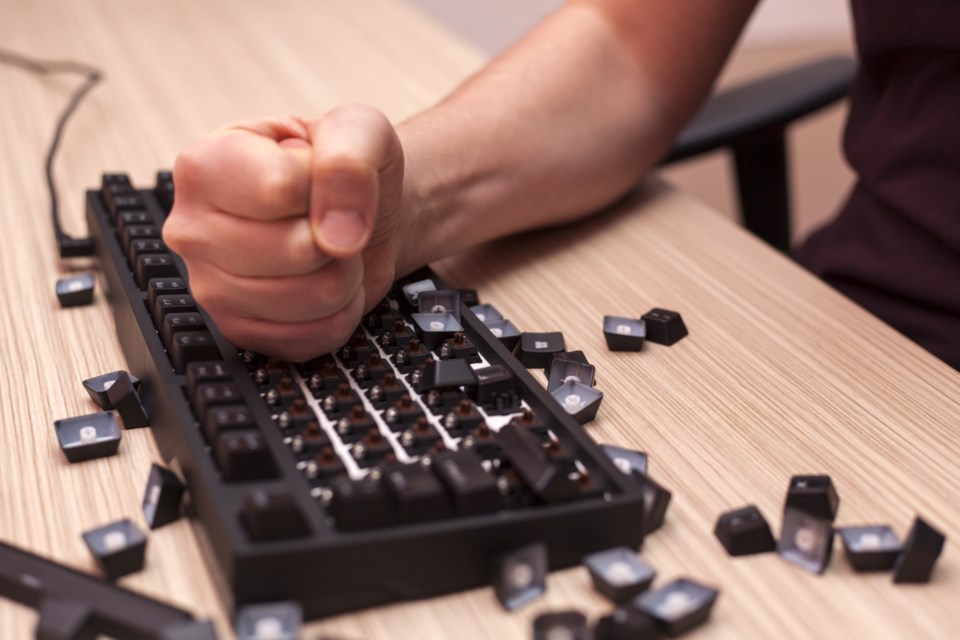 Once, the bright future of mankind was promised in the Internet. It would be a utopia featuring the fair trade of interesting ideas from all corners of the Earth, a global village of minds that would eclipse the salons of Paris in the 18th century, the great library of Alexandria, or the grand lectures of the Ancient Athenian titans of philosophy.

Instead, the Internet seems more like the future Earth of the movie Wall-E, a giant garbage dump that occasionally yields something cool or interesting.

At least that’s how it feels sometimes.

I can’t deny that I’ve met a large number of awesome people online. The exceptions are the ones that fit the caricature. The ones with Twitter handles like “AngryPatriot89” who loves Trump and the flag, and went to the emergency room last night because he set his Air Jordans on fire while he was wearing them.

While there’s nothing as over the top as that on social media pages that discuss Guelph politics, you can’t deny that there’s an underlining negativity.

In fact, there’s so much negativity that the administrators of the “Guelph This and That Politics” page on Facebook decided to fold what was supposed to be a non-partisan sharing of information and resources about the election.

“We had hoped that this group could be a great place for us to learn about our candidates, and what their plans are for the city, but it appears that is just not possible,” wrote admin Carmela Geyn in a post Tuesday night.

Things disintegrated fast when one of the members of the group posted a link to a fairly innocuous article on the Guelph Speaks blog called, “Just say NO and let them GO as the Ontario NDP muscles into the Guelph municipal election.”

The post written by Gerry Barker, whom I have the upmost respect for as an essayist and a provocateur (no matter how he feels about me), outlines how Guelph city council has been stacked with NDP sympathetic councillors, and that the provincial NDP is committing acts of “blatant influence pedaling.”

You see, the Guelph NDP, which is the local riding association for both the Ontario and Federal NDP, sent an email inviting recipients and party members to be aware that “There are a number of great progressive candidates running in this election who share NDP values.”

Meanwhile, another Guelph politics Facebook group has been building a case that the mayoral campaign of Aggie Mlynarz is getting an unfair leg up from the provincial NDP head office. Mlynarz, of course, was the NDP candidate for Guelph in the June provincial election.

Now there are many online that believe that there’s some skulduggery afoot, which is to put it mildly. It’s worth noting that Alexander Wadding, Mlynarz’s campaign manager, lists Fundraising Director for the Toronto Centre NDP riding association on his LinkedIn page, but is it illegal for an employee of a political party to work for, or volunteer, for a local campaign?

I saw a number of people online call for someone to talk to the City Clerk about this matter, and I did.

According to Stephen O’Brien, who as City Clerk manages the municipal election for Guelph and handles the proper administration of the rules under the Municipal Act, no laws are being broken.

In fact, the only employees mentioned by the Municipal Elections Act are municipal employees.

Section 30 (1) of the Act reads, “An employee of a municipality or local board is eligible to be a candidate for and to be elected as a member of the council or local board that is the employer if he or she takes an unpaid leave of absence beginning as of the day the employee is nominated and ending on voting day.”

O’Brien added that it’s permissible for City employees to volunteer for a campaign, so long as they’re not doing so on City time. O’Brien would also probably like me to add that as the Clerk we would not partake in the participation of any political campaign for mayor, councillor, or school board trustee.

As for “provincial political parties”, I found them mentioned three times in the Act, twice in terms of being restricted from contributing financially to either an individual candidate’s campaign, or as a third party advertiser.

The third mention is under section 88.6 (5), “A provincial political party, constituency association, registered candidate or leadership contestant registered under the Election Finances Act,” cannot register as a third party advertiser.

If the Internet wants to have a discussion about whether or not political parties should have a say in local politics, which are established as non-partisan, then that’s fine, but can we do it without casting aspersions?

Apparently, we can’t. We can’t have nice things.

It’s easier to attack, and undermine, and spread rumours. Instead of reaching out to people to talk, we call them unserious, and attack them safely ensconced behind our computer screen or phone.

I wish this piece maybe changed your mind, or at least opened it. But I doubt it, and that’s sad.

I await your ad hominem attacks.