OPINION: Dear Ontario Progressive Conservatives; What were you thinking?

In the latest edition of Mercy Traveller, Philip Maher considers whether Doug Ford was the best candidate for the PC party
Mar 18, 2018 6:00 PM By: Philip Maher 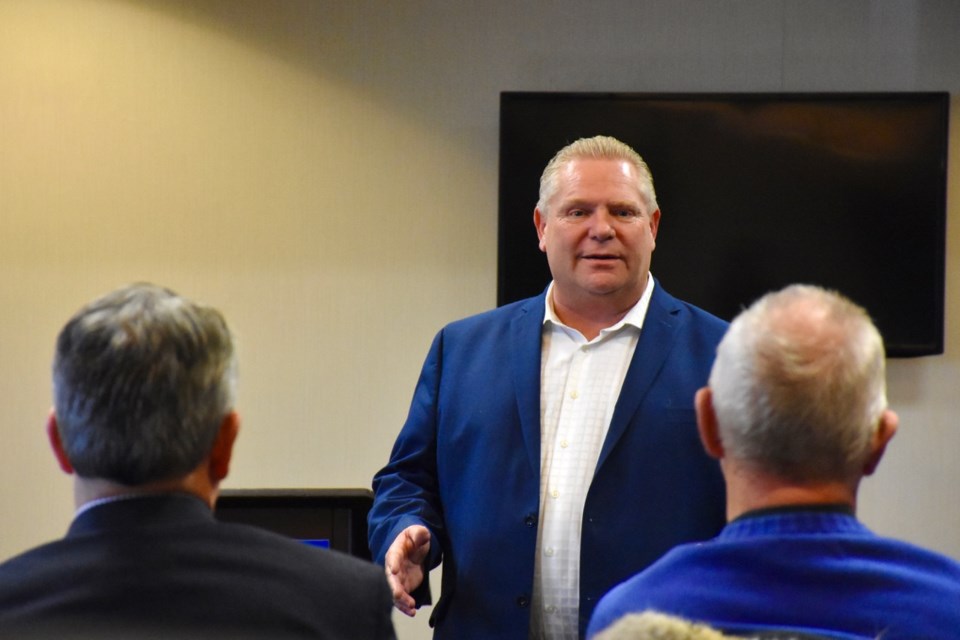 Doug Ford, the recently chosen leader of the Ontario Progressive Conservatives, is to politics what Eddie Eagle is to skiing. In both cases it’s all downhill from here.

Which leads me to ask the Tories: What were you thinking?

Mr. Ford was divisive in Toronto politics for eight years, and never understood how city hall is supposed to work. What makes us think he will change to manage Canada’s biggest province? We will simply get more of the same. If he wins the June election, it will be a result of Ontarians holding their collective noses and voting against the current regime. Unlike the other Conservative candidates, he comes with his own ready-made mob of pitchfork-carrying voters who already dislike him. Why would the Conservatives elect a leader who comes with so many adversaries? What were you thinking?

In politics, hate is an emotion that motivates people to action. Fanning the flames of distain for government and calling them left or right, is an easy way to get votes. It requires no policies. It’s the easiest math there is—collective anger equals votes. It is easy to hate, blame and accuse. These are the kinds of feelings that live on the vapour trails of a rumour. We have heard about how he will tear down what Premier Kathleen Wynne has built up. I guess that’s fair enough in a democracy. But, I have to ask: What are you offering that will motivate us to want you as a leader, besides destruction, controversial one-liners and a dislike for the current premier?

Like Donald Trump in the U.S.A. winning over Hillary Clinton, such triumph has less to do with love for the person running and more to do with the wounded person you are running against. Do we not see where this is going? We are experiencing collective déjà vu and amnesia at the same time.

Many folks stand in line to dislike Ms. Wynne – the queue for this ride moves quickly. Number one on the list of offences by Kathleen Wynne is her implication in the gas plant cancellation. This cost taxpayers. That may be fair enough. But is Mr. Ford the right person to make this point? If we are going to hold her accountable for her record in the former government then we need to hold Doug Ford accountable for his history of supporting his late brother Rob Ford’s statements and mismanagement while at Toronto City Hall. Rob Ford was dysfunctional at best. Doug Ford defended him continually.

We know where this will go – we have a template in the U.S.A. Folks like me are called biased, leftists or some such catchall phrase. Mr. Ford will use terms like “elites” and “insiders” on anybody who disagrees with him. Frankly, I’m ambivalent when it comes to the three political parties. I am not so concerned with the policies of any party, but I am concerned with the dysfunction, cynicism and pure animosity that come from such a divisive character as Doug Ford. It is not good for democracy.

While I hope I’m wrong, you’d better strap on your skis and get ready for the awkward and dangerous trip downhill.