Mercy Traveller: If you disagree, talk to the hand - Standing up for moderation

Civility means courtesy – recognizing that we can disagree while working together for the greater good
Sep 7, 2017 1:00 PM By: Philip Maher 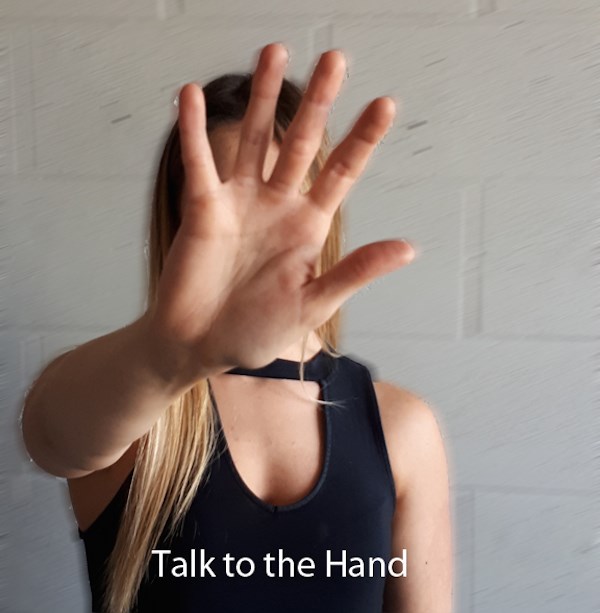 Most of us have averted our eyes this summer from watching kids in their splash pools to watching events in the U.S.A. It’s sadder, but just as entertaining. Even in my little Canadian city of Guelph, my backyard dinners are often hijacked by political discussions. Our observations about Mr. Trump and racialized violence have gone from bemused eye rolling to shaking our heads in shock to raising our fists in anger.

I’m running out of physical gesticulations and hand signals to show my dismay. If you’re like me, your next one will be shrugging your shoulders and walking away. But that would be a mistake.

We are trying to build a society in my little city and across our country. We want a place where each of us can live together in relative harmony without continually offending others. While we are frustrated by political correctness, I think we believe in civility. Civility means courtesy – recognizing that we can disagree while working together for the greater good. I’m not always the best at this, but I try.

However, it is increasingly hard to be a moderate. Everyone wants you to take up their cause in their particular way. If you don’t pick up their torch, you get called a name that de-humanizes you. For example, is it possible to want to manage our refugee situation and not be called right wing, or can a person campaign for gender rights and not be labelled left wing? Is it possible to be either for or against the Kinder Morgan oil pipeline and not be branded either a tree hugger or an oil company lackey? Is it possible to take a stand either for or against the removing John A. Macdonald from a school name and not be called right wing racist or a left wing fruitcake? Even worse, can you see both sides and be undecided?

Name calling is not new. Senator McCarthy in the U.S. did it back in the 1950s by calling people communists. It ends the conversation.

In the language of hand signals, this is the proverbial, “Talk to the hand.” Trump does it by dismissing media outlets with whom he disagrees and branding them “fake news.”

These terms don’t describe much. They are just catchall terms that disempower people. We do it by arbitrarily calling people “alt-left” or “alt-right.” It implies that they are unworthy of a hearing. Each of us probably has opinions that could be considered both left and right. Sometimes opinions can change based on conversations with friends. But once I’m pegged as left or right, we feel justified to stop listening. The dialogue ends. Labels allow us to create an “us versus them” atmosphere. Wherever you are on the political spectrum, it gives legitimacy to shrugging our shoulders and walking away. Sadly, we no longer have the capacity to change each other through thoughtful discussion. Perhaps worse, we take our views underground and use them to make decisions.

I’m not suggesting we stop vigorously campaigning against racism or other horrible ills in society. But yelling louder rarely changes minds. I invite careful use of terms like left, right, communist or racist. Let’s try to create conversations, not end them. When improperly applied, labels lead to assumptions, reduce dialogue and affect our ability to listen to others or be heard ourselves.

Pondering the education of our children, both formal and otherwise
Sep 7, 2020 11:00 AM

It's essential that the Me to We affair doesn't taint opinions of all charities
Jul 31, 2020 11:00 AM
Comments