Mercy traveller: The power of an apology

Everyone makes mistakes but some people believe a person is made by their mistakes - and their apologies
May 25, 2017 11:55 PM By: Philip Maher 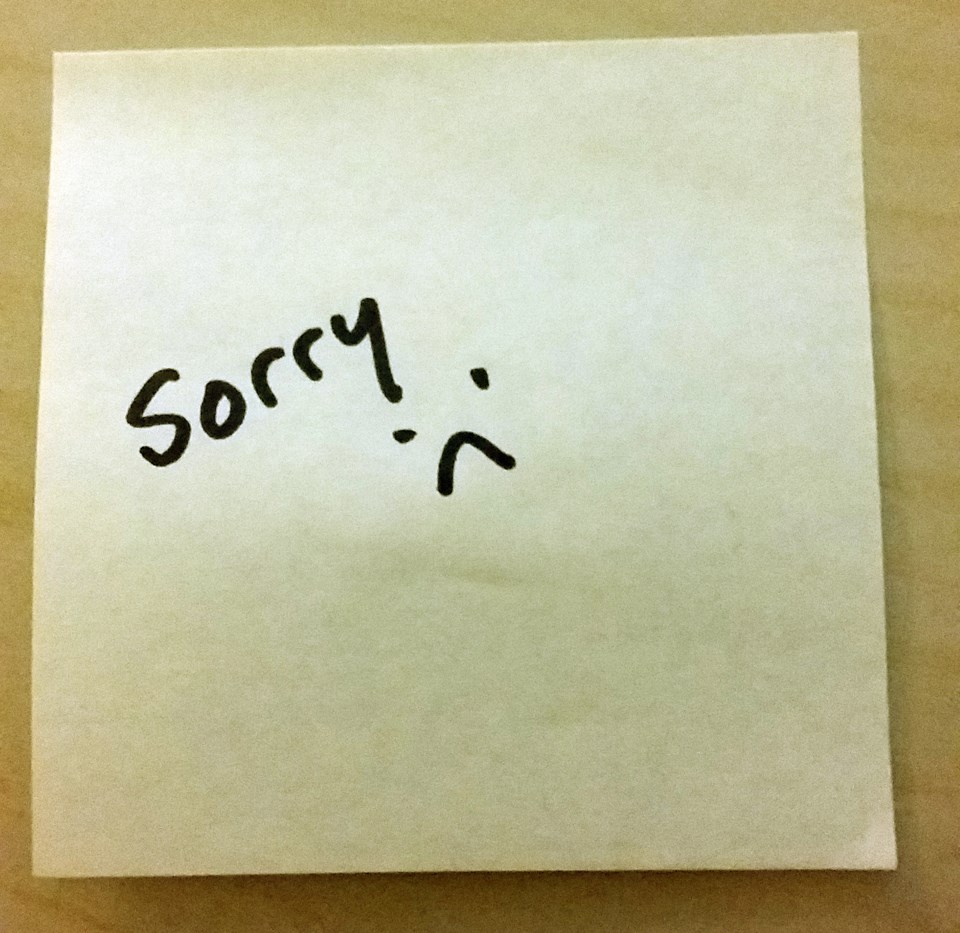 But pity the celebrity or big business that does something stupid for all the world to see and comment on. It’s out there to be discussed on late night shows, and for the twitterverse to exploit in a display of general tomfoolery.

For those of us who make mistakes, the public relations business has some simple advice: simply own up to it and say you are sorry. We learned this in kindergarten. If you make a mess, clean it up. If you hurt somebody, hug it out. Usually after a short time, people will forget.

Too bad United Airlines didn’t seem to understand the power of an apology until it was too late.

A video of a United employee dragging a passenger off a plane went viral and then became toxic. It was then that they should have apologized and taken their lumps. Their stock went into a tailspin when the airline’s president called it “seat re-accommodation.”  That’s sort of like calling the invasion of a country “geographical rebranding”. The Internet went crazy and dished out a corporate ass whooping to the airline.

Pepsi was lambasted after its ad seemed to imply that a can of Pepsi offered by a celebrity could create or at least contribute to world peace. The epic fail brought an apology.

Of course, beyond business, some politicians have learned the power of an apology. Canada’s Minister of National Defence Harjit Sajjan overstated his role in a major military operation. When he was caught, he quickly retracted his statement. Many called for his resignation. Whether you agree or disagree, he held on—and within weeks, the issue had mostly blown over.

Admitting our guilt somehow helps us to move on. Take the hit humbly and we can turn the page. But if you don’t, it can hang on forever. Donald Trump apologized for statements he made about women. He did give a full apology, but he turned it into an unapologetic apology by making excuses and calling it “locker room talk” and expressing regret “if anyone was offended.” Actually, we were all offended. It was the kind of apology that left the offended still offended. Excuses do not work. An apology must be clean. If not, it’s akin to punching someone in the face and then saying “I’m sorry you broke your nose.”

I’m sympathetic to the non-apologizer. For some reason it is hard to say sorry. It’s one of those free things that costs us something, like love, forgiveness or humility.

As a regular screw-up myself, I am somewhat of an expert, serial-apologizer. I may need to apologize after this article. Some of us speak first and think second—sorry.

The best semi-apology, I’ve heard, comes from Canadian TV character Red Green. He says, while reciting “The Men’s Prayer”: “I'm a man, but I can change, if I have to, I guess.” These days many of us men feel like we need to apologize for being born.

The typical non-apology goes like this, “Sure I did it, but nobody’s perfect,” or “I’m sorry but I was just being honest.” It may sound good in our own heads, but it rarely carries any weight when offered.

There is a common thread to all these apologies:  if you do not acknowledge someone’s pain, you should be ready for their anger. That is a lesson that United Airlines and many politicians are learning the hard way.

So my friends, get out there and do some apologizing. Be the first to say I’m sorry. Maybe some of you owe me one. If it’s not you, well I apologise for the accusation.