This week's Saxon on the Storm looks at the Guelph Storm making their leading scorer a healthy scratch
Mar 2, 2018 12:45 PM By: Tony Saxon 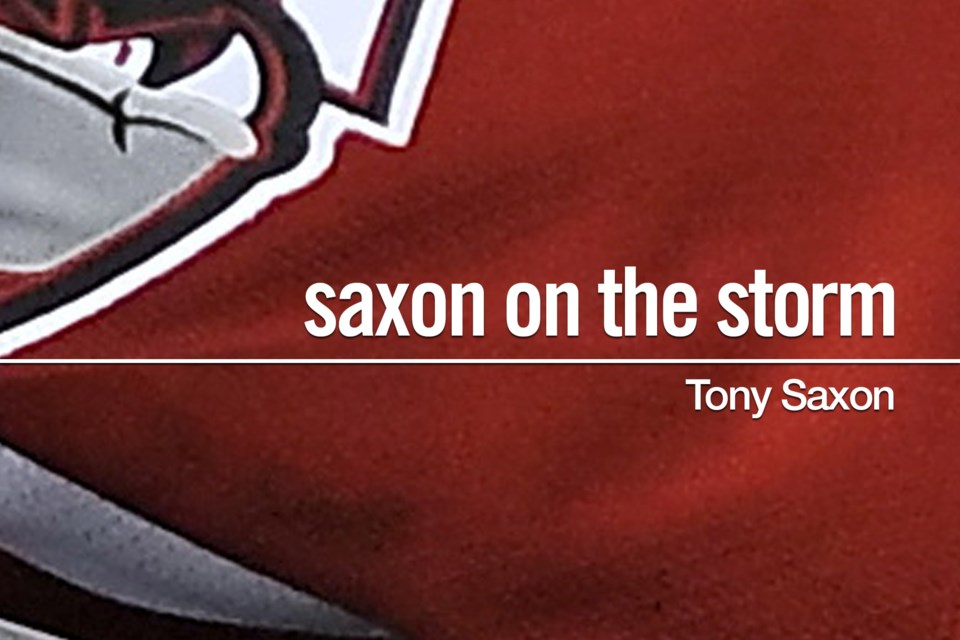 Sitting out a player for a game or two to try and send them a message is nothing new in junior hockey and not really that big of a deal.

Sitting out your top scorer, a former first-overall draft pick who is a highly-rated prospect for the National Hockey League draft in four months is something new, at least in these parts.

It is, quite frankly, a big deal.

Ryan Merkley was a healthy scratch last Sunday in a home game against the Mississauga Steelheads.

He was also scratched last Friday. General manager/coach George Burnett said that was because Merkely was hurt.

Back in the lineup the next night in Barrie, he took a retaliatory slashing penalty that led to a Barrie goal, then took a 10-minute misconduct in the third period.

He was out of the lineup again Sunday, with Burnett admitting that this time it was not because of injury.

Not that the team shouldn’t have done it, but the fact that they were down to that option is a thing.

It’s no secret that there have been some concerns with Merkley. Emotional outbursts on the ice and on the bench witnessed by thousands the past two years. Other outbursts not so visible to fans.

At first you put it down to immaturity, learning and adjusting. But then you run out of excuses.

Sitting out a player is never something a coach will do lightly.

For one, you don’t want to embarrass a player, particularly a draft-eligible one. These types of things are red flags for scouts and you can bet your bottom dollar that pre-draft scouting reports will mention last weekend’s developments.

Secondly, you want to work with the player, his parents and his agent to try and solve the issues before it gets to the point you feel you have to sit them out. It’s almost the last resort.

That last resort by a team is to send a player home, but that is usually only done when a player’s inappropriate actions go above and beyond what happens at a rink and there’s no indication that Merkley’s issues go beyond the hockey rink.

I can only think of three Storm players in recent years who were actually sent home: Jamie Arniel, Daniel Maggio and Noah Carroll. All three were promptly traded.

It is not at that point with Merkley and hopefully it never will be.

He is a supremely skilled player, arguably one of the top two or three in that department that ever wore a Storm jersey.

But there is so much more that goes into being a good player and a good teammate than skill.

Hopefully it’s growing pains. Hopefully it’s a young man who has had success his whole hockey life now trying to deal with adversity.