This is how you leave your mark on people

The final Saxon on the Storm of the season looks at a wonderful moment that wrapped it all up
May 31, 2019 1:40 PM By: Tony Saxon 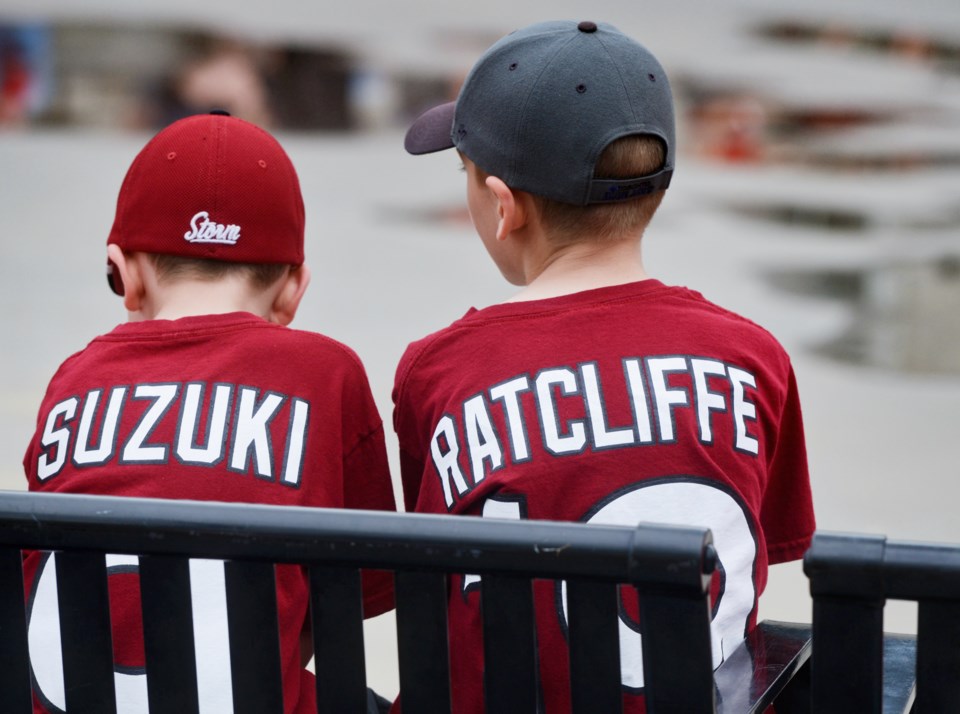 On Monday evening, as the Guelph Storm rally in Market Square wound down, I had a flashback.

Many moons ago I was covering a llow-level high school track and field meet at St. James high school.

It was a senior girls distance race where three very talented runners from Our Lady of Lourdes were the first three to cross the line, way ahead of most.

After taking a quick moment to catch their breath, the three Lourdes runners wandered back to the finish line and proceeded to cheer, encourage and high-five the rest of the runners as they crossed the line, some of them lapped, some of them walking at times. All of them smiling as the best in the race took the time and effort to acknowledge them.

I don’t remember much from my years of covering sports in Guelph, particularly high school sports, but I have always remembered that moment. It showed a lot of things. Most of all a level or respect and a level of compassion.

Back to Monday’s Storm rally.

After covering the majority of the event I went inside city hall to sit at a table, going through my photos and preparing a story.

I had been sitting at a small table in the atrium for some time when I stood up and looked out the window.

The event had started nearly two hours earlier, almost everyone had left.

But sitting there at the side of the emptied splash pad were the team's two biggest stars, Isaac Ratcliffe and Nick Suzuki, signing what was likely their 400th autographs of the afternoon for a couple of straggling youngsters.

They stuck it out until the last autograph had been signed.

Until the last person had crossed the finish line.

It was a wonderful gesture.

My lasting memory of this year’s Storm team will not be a loss in the semifinal of the Memorial Cup. I won’t remember the score in a year.

It will not be Isaac Ratcliffe’s 50th goal, Nick Suzuki’s remarkable run through the OHL playoffs or all the comebacks and the celebrations.

It will be of two star players, players who will likely go on to long and fruitful professional careers, sticking around to sign their names for kids who will remember the moment forever.

Those players will go on and make many of their own memories down the road. But on this day they made sure they made some for someone else.

And that’s how you leave your mark on a city.