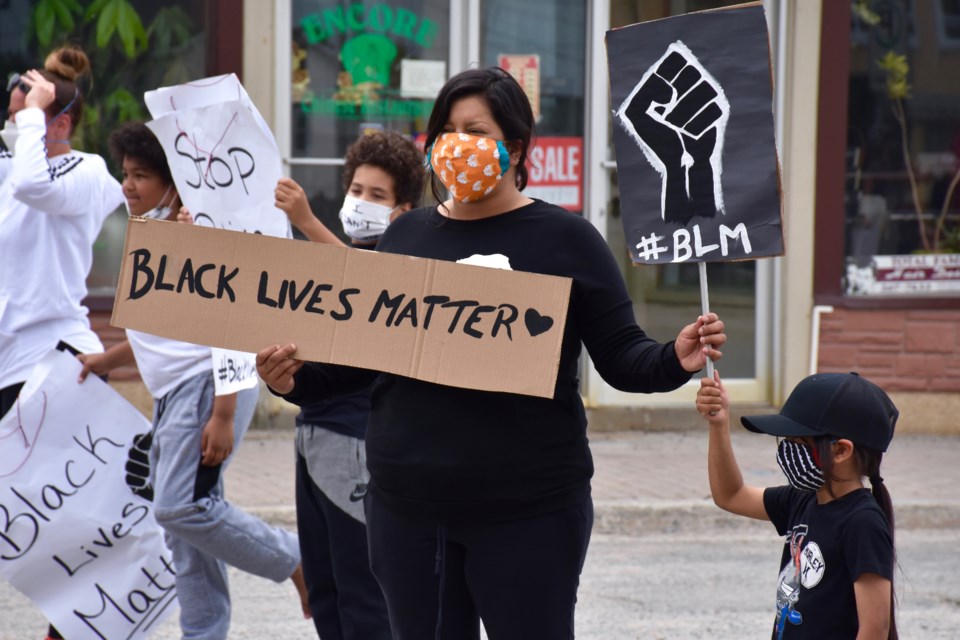 “We want the rally to be a positive event and certainly don’t want to put anybody at risk,” said Dr. Nicola Mercer, Medical Officer of Health and CEO of Wellington-Dufferin-Guelph Public Health, in a phone interview on Friday.

Mercer recommends anyone attending the march to self-monitor their health for two weeks afterward.

“That doesn’t mean you have to stay home, but what it does mean is you have to be very cognizant of your own wellness and make sure if you develop symptoms, even a mild one, you should get tested,” she said.

The event is being organized by the Guelph Black Heritage Society and is scheduled to start at 2 p.m. Saturday, beginning at Guelph City Hall. Currently there is no route published for the event, but organizers have told GuelphToday they plan to pass by the Guelph Police Headquarters.

Because it is scheduled to occur during a pandemic, all participants are asked to wear masks and practice physical distancing by staying in groups of five with two metres spacing between groups.

The KW Solidarity March for Black Lives Matter drew thousands of demonstrators in neighbouring Kitchener on Wednesday and photos and video from the event show maintaining physical distancing was not always followed.

As of 6 p.m. Friday, over 1,800 people have said they are going to the rally, according to its Facebook event page, with an additional 3,500 people saying they are interested.

Mercer said organizers of the march have been working closely with public health to ensure participants are kept safe by wearing masks, maintaining spacing and keeping their hands sanitized.

“They have been very cognizant of the concern of having a rally during a pandemic and they have put in measures and are certainly advertising them and being very cooperative as we work together,” said Mercer.

There are some concerns around the rally that are not directly related to COVID-19, including a forecast of 23 C during the scheduled three-hour event.

“I would strongly encourage hats and sunscreen,” said Mercer.

The City of Guelph has also said its bathroom facilities in Market Square will be closed during the march.

“I think even if the two bathrooms were open in Downtown Guelph the number of facilities for a rally of this size would be limited at the best of times, even with everything open,” said Mercer.

Kayla ’Kween’ Gerber, an organizer for the march, has said she hopes downtown businesses will allow people demonstrating to use their bathroom facilities.

Mercer also recommends that young children and the elderly or those who are vulnerable to heat should probably stay home.

“Show your support in other ways but try not to expose those who are more at risk of having a poor income,” she said.

“Good health should not depend on the colour of your skin or your postal code, but it does for too many people,” said Mercer in the statement. “In the midst of a global pandemic, we can no longer ignore that pandemics of racism and intolerance that exist in our communities. Too many who live with privilege have ignored these realities for far too long.”