Founded in Guelph, Communist Party of Canada celebrates a century 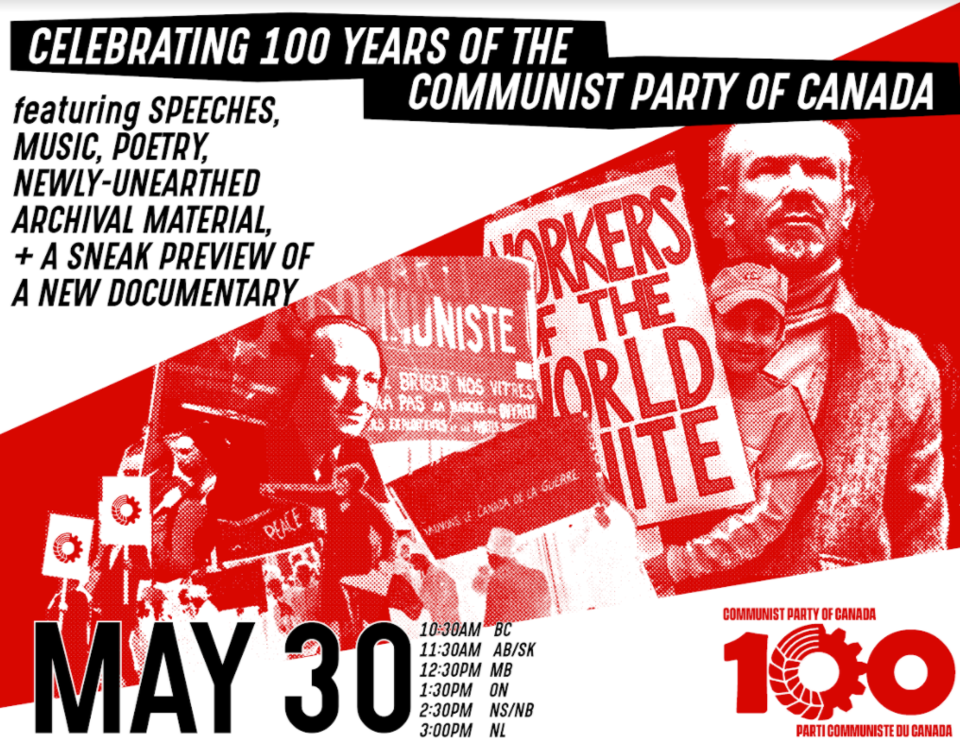 In the face of job losses and economic hardships, more people are turning to the Communist Party of Canada (CPC), says party leader Elizabeth Rowley as she prepares to celebrate the 100th anniversary of the party’s founding in a Guelph barn.

“Capitalism isn’t working for a lot of people,” said Rowley, noting party membership has doubled during the past two years. “Capitalism is certainly unable to meet the needs of people.”

The Canadian party was founded out of a Metcalfe Street barn on May 28, 1921, in response to “conditions of illegality and secrecy due to the War Measures Act,” explains a news release.

“The War Measures Act didn’t stop history however, and Guelph hosted the birth of a Communist Party that has a glowing history and a growing membership,” said Tristan Dineen, federal Communist Party candidate for Guelph, in the release.

A virtual event commemorating the occasion is set for Sunday at 1:30 p.m. and will be streamed live here.  It will feature several speakers, musicians and poets, as well as “newly unearthed archival materials” and a sneak preview of an upcoming documentary.

The CPC claims credit for building “much of the existing labour movement today” during the 1930s and 1940s, as well as contributing to movements opposed to nuclear weapons and the war in Vietnam, as well as championing anti-apartheid efforts.

The party’s only member of parliament was elected during the 1940s in Quebec.

“Despite proclamations by various capitalist politicians over the last 100 years that socialism is dead … the Communist Party is currently in growth mode,” said Rowley. “We’re now facing mass unemployment, probably permanent for a great many people.

“It’s true that there is precarious work, part-time work, but that’s not going to pay the rent for a lot of people.”