There's a reason you're seeing more fireflies this year 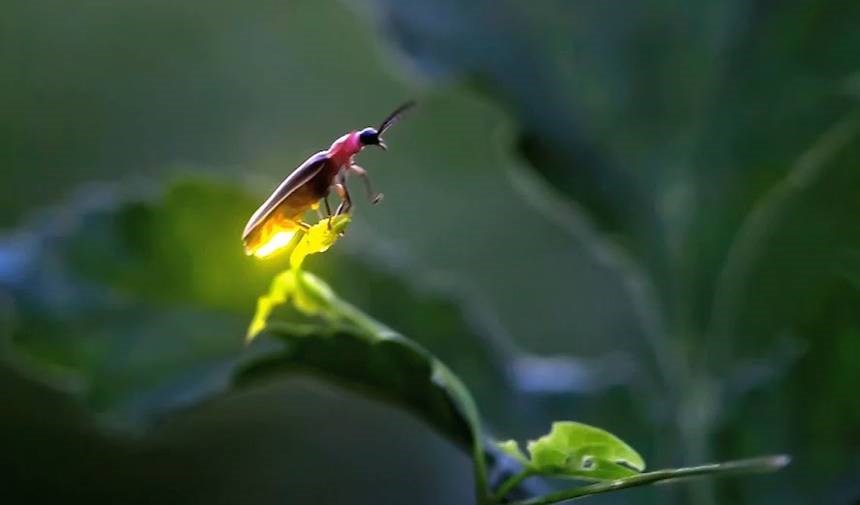 Nature’s natural light show has made an appearance and the stars of the show have enlightened many backyards in Guelph this summer.

In the city and across southwestern Ontario, fireflies have given a brilliant performance, from children who have never seen the luminous insects to adults who remember them from years ago.

Experts say it may be linked to a damp and rainy spring, which increased slug and worm populations – a larval firefly’s favourite food.

“Because of the wet spring we had, the larvae had more food, so their survival rates were higher,” says Aaron Fairweather, an entomologist at the University of Guelph.

“Most of eastern Canada including areas in Quebec and Ottawa especially, the light shows have been spectacular.”

The surge in firefly sightings is encouraging to scientists who have seen firefly population fluctuate.

“There are 23 species that have been found in Eastern North America and about 2,000 species worldwide,” Fairweather said.

“And in 2011, six new species were documented in eastern Canada.”

Fireflies are affected by light pollution and many prefer to live in marshes, a habitat that today is often infringed upon by human development, according to Fairweather.

As cities expand and illuminate the night sky, it interferes with the fireflies’ ability to communicate with each other.

Fireflies use their bioluminescence for communication, and they flash when they’re looking for a mate.

Their light also serves as a warning to deter potential predators.

“We are seeing an overall decline in firefly populations and there are two main reasons why,” Fairweather says.

“Light pollution interrupts their light signals when they are trying to attract mates and the other reason is that they like to live in bogs and wetlands but because of development, it is impacting their population which is why it is so important to have conservation areas which will help keep firefly populations from dying off.”

Fireflies are not flies. They are actually beetles and the bugs, when seen flying about lighting the night sky, are the adults. The glow comes from a chemical reaction that takes place in their abdomens, which is usually a signal to attract a potential mate.

“The other cool thing is that they can mimic each other’s flash patterns to try and eat another species,” Fairweather says.

“They can regulate their flashes.”

Each species has a different colour of light from green, yellow and orange and they have different patterns of flashes. They can control the light, which comes from their abdomen, by controlling the supply of oxygen to the organs that produce it.

Males fly around, signaling they’re looking for a female

Females watch and if they like what they see, they signal back. The male flies closer. They continue to signal each other and the rest is history.

The males are loaded with toxic chemicals which taste awful to help ward off predators like spiders.

The females, who can’t produce these chemicals, eat the males to get the chemicals and protect themselves.

Fireflies have elongated bodies and their heads have a pronotum which is a cover that protects the top of their heads. Their upper pair of wings are hard and also serve as protection, similar to ladybugs which are in the same coleoptera family.

Fireflies lay eggs in the autumn that grow into larva which remain underground for the winter, or under tree bark. Many are believed to glow in this juvenile stage as well.

A few days after mating takes place, the female lays her eggs on the surface of the ground, or just underground where the eggs will hatch three weeks to a month, later.

The young larvae are known as glow worms. They will spend the rest of the summer feeding and growing.

Hibernation of the larvae takes place during our cold winter months, with these little creatures seeking safety under the bark of trees or burrowing underground.

After they emerge in spring, they will feed for a few weeks then pupate and emerge as adult fireflies, to continue the cycle and produce the next generation.

Fairweather has often been asked about the light produced by a firefly.

“People often ask if there is heat involved. There is no heat. Fireflies have a cool heat,” he says.

They produce a chemical reaction inside their bodies that allows them to light up. This type of light production is called bioluminescence.

When oxygen combines with calcium, adenosine triphosphate (ATP) and the chemical luciferin in the presence of luciferase, a bioluminescent enzyme, light is produced.

There is still much to learn about fireflies.

Entomologists ask that people pay attention to fireflies in their neighbourhoods and observe their flash patterns and behaviour.

People can also stop using pesticides and weed killer on their lawns and turn off outside lights to help fireflies find a mate.

Guelph activist remembered as the grandmother of the environmentalist community (10 photos)
Jan 8, 2020 7:00 AM

U of G research getting some skin in the game of reducing our carbon footprint (5 photos)
Dec 17, 2019 10:00 AM
Comments
We welcome your feedback and encourage you to share your thoughts on this story. We ask that you be respectful of others and their points of view, refrain from personal attacks and stay on topic. To learn about our commenting policies and how we moderate, please read our Community Guidelines.