The darker side of Guelph's election campaign trail 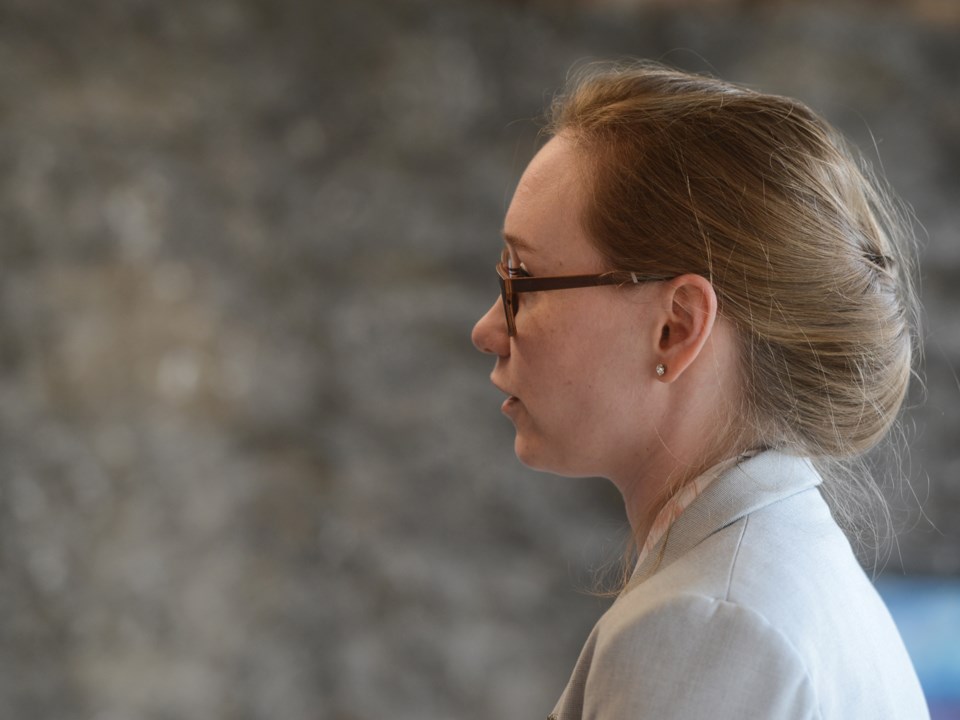 Guelph mayoral candidate Aggie Mlynarz has had to go off social media because of harassment and bullying. Tony Saxon/GuelphToday

As the Guelph municipal election nears, mayoral candidate Aggie Mlynarz has had to disengage from social media because of continued harassment.

Abusive, misogynistic and vulgar comments that have at times escalated to outright bullying and borderline threatening remarks, she detailed.

“It’s nasty,” she said. “I do not have any of the three main apps on my phone any more.”

Social media interaction is now handled by her campaign manager.

“There’s a fine balance between having a heated political conversation and then how I was just being derided,” she said.

“I highly doubt that Cam (Guthrie) has had someone at the door tell him to show them his private parts,” said Mlynarz of one incident she had while campaigning door to door recently.

“I saw it coming. I knew it was going to happen,” Mlynarz said of the deluge of criticism that she says progressed to harassment.

“There’s been a lot of suggestion that I’m worth less because I don’t have a family or I don’t deserve the same things because I’m not a family person, not married to someone and don’t have kids,” Mlynarz said.

“You’re not going to have people talk about what mayor Cam Guthrie is wearing or how many times he’s worn a suit. People aren’t going to question how expensive his suit is or what a hypocrite he is for wearing an expensive suit.

“But no matter what I wear or what I do, they’ll find a way to make it very negative and personal.”

She feels threatened and, at the end of the day, she said, you have to protect yourself from bullies.

Mlynarz isn’t the only female candidate to be harassed during the election.

Ward 6 candidate Anshu Khurana said that she experienced racialized criticism on Facebook and had signs destroyed in her ward. Two people were caught on camera throwing eggs at one of her signs.

“I was criticized that I am using my ethnic card to win elections, I am taking sympathy votes, I should be aware before I say anything and I am being ignorant,” Kharuna said of what she experienced before she stopped engaging on Facebook.

Women and racialized candidates being harassed is nothing new.

Karen Farbridge, who served three terms as Mayor of Guelph and another as a councillor, said she experienced harassment both during elections and beyond.

“I also avoided social media as much as possible during election campaigns because it became significantly worse,” Farbridge said.

“There were vile comments ...  but also “fake news” about what you said, what you did and who you were with the goal to to assassinate your character to as wide an audience as possible.”

Farbridge said what bothers her most about such harassment is that “it is eroding our democracy.”

The Better Ballot Campaign, a Guelph initiative aimed at a civil and reasoned election campaigning that doesn’t include personal attacks, spoke up about the harassment on Twitter earlier this week.

“Reports state female candidates in the municipal election have received a number of vile threats. Threats are serious, have been reported to police. Some candidates advised not to go out alone. Reasons for the threats? Being women with the courage to run for public office,” they Tweeted.

“Everyone involved in this election should make their position on this harassment clear and stand by their friends and colleagues. Make it clear that we want to hear candidates' thoughts on the issues, not attacks threatening individuals or our democracy.”

Mlynarz did not report her harassment to police.

Vivian Webb of The Better Ballot Campaign said that harassment of women and racialized candidates is nothing new.

“What we’re seeing is a trend. Not a surprising trend,” Webb said.

“It’s a well known fact, a proven fact, that the majority of online harassment is directed toward female and racialized candidates. I don’t think that’s up for debate.” Webb said.

In 2016 Newfoundland finance minister Cathy Bennett went public with the cyber bullying and shaming she experienced, releasing examples to the media.

Webb, and Mlynarz, wonder out loud about concerns that even talking about the issue somehow feeds into the narrative.

A flawed ‘if you can’t take it, don’t run’ type of mentality.

“If you start complaining, you’re seen as weak,” Webb said of the unfair stereotype.

“How do you deal with that without the dominant narrative being ‘you’re not tough enough to take it?’” Webb said, adding that she doesn’t have the answer.

Mlynarz said that by speaking out, the narrative turns to ‘well, if you can’t handle someone being mean to you on social media, “then what makes you think you have the backbone to be mayor?”

It should be noted that GuelphToday reached out to Mlynarz for this story, she did not contact the press.

Webb said the harassment is obviously harmful to people and to the democratic process.

“Our question is, we’ve seen it in Guelph, so what as a community do we want to do about this?”

New Ward 2 councillor-elect wants to meet with his constituents every two months during his term
Oct 25, 2018 10:30 AM