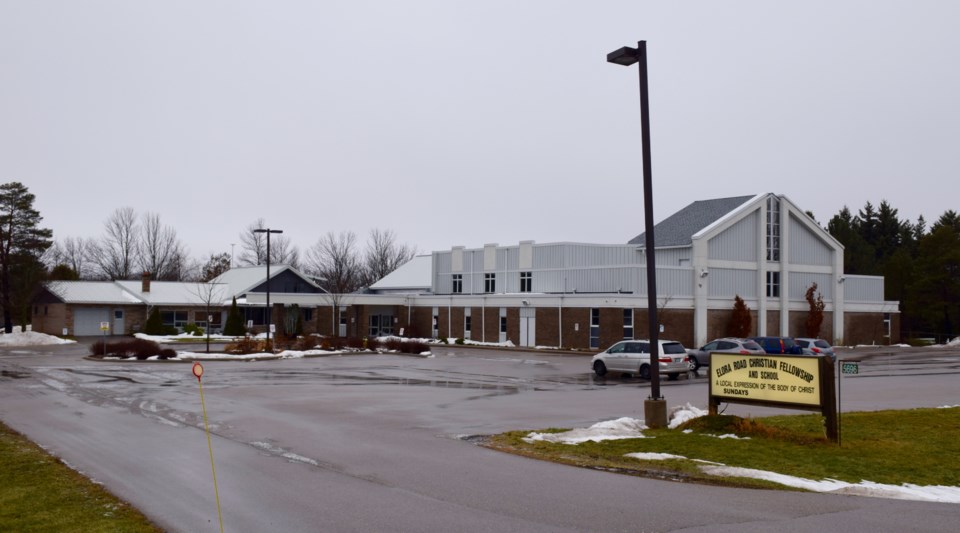 From rage to compassion.

People living in close proximity to the Elora Road Christian Fellowship north of Guelph are trying to make sense of recent troubling news involving the church and school at 5696 Wellington Road 7.

Alleged sexual assault incidents involving children under the age of 16, and dating back to the 1980s, came to light this week.

Henry (Henk) Katerberg, founder and former pastor of the church, has been charged with sexual assault on a person under 16. Now an old man, Katerberg is said to still live in Guelph-Eramosa. He was pastor when the sexual assault is alleged to have taken place.

Arend “John” Dekorte, 66, of Fergus, faces a similar charge. He is the current principal of the Elora Road Christian School, and was a teacher between 1981-86, the time in question.

In response to a request from GuelphToday.com on Wednesday morning, Jim Gordon, lead pastor of Elora Road Christian Fellowship, issued a brief statement.

“The safety of our students is a top priority,” he wrote in an email. “We have a rigorous abuse prevention plan in place, and have a zero tolerance for any form of abuse. As an organization, we are following due process.”

He added that Dekorte has been placed on a leave of absence until the matter is resolved through legal proceedings.

“Obviously, this is a difficult situation and we are praying for all involved,” he added.

Neighbours of the church/school expressed anger, surprise, and some compassion when asked their reaction to the news.

From their dining room window, Alex and Gertie Downs can see the religious establishment across the farm fields. Until now, the couple didn’t have much reason to take note of it.

“I’m greatly surprised,” said Alex, a retired farmer. “I’m sure this will affect what people think of them. That was the place to go, a real going concern. There is always a lot of traffic going in and out of there.”

Caroline Schilling has lived along Wellington Road 7 for about 10 years, less than a kilometer from Elora Road Christian Fellowship. A mother of three children, aged 18, 13, and five, she has attended church services there with her family.

“Their reputation is pretty good, from what I know of it,” she said. As she spoke on her front step, a man inside the home angrily shouted condemnations against anyone guilty of sexually assaulting children.

“In today’s society, it will change it,” she said. “People are very quick to judge, even though they don’t have the facts. I would say, don’t jump to conclusions.”

While encouraging others not to be quick to judge the establishment, Schilling was swift to condemn the sexual assault of children in general.

“I think it is pretty sick to take advantage of children,” she said, speaking generally, and not specifically about the recent charges against Katerberg and Dekorte. “But there may be mental health issues involved. You just don’t know.”

Another neighbour of the church and school, who asked not to be named, said the news came as a complete shock. He agreed that the reputation of the longstanding Elora Road Christian Fellowship is a good one.

It has opened its doors over the years to children from improverished or troubled backgrounds, and those with behavioural problems, doing a lot of good for them, he indicated.

A photographic stroll through a quiet University of Guelph campus (23 photos)
May 30, 2020 11:00 AM
Comments
We welcome your feedback and encourage you to share your thoughts. We ask that you be respectful of others and their points of view, refrain from personal attacks and stay on topic. To learn about our commenting policies and how we moderate, please read our Community Guidelines.