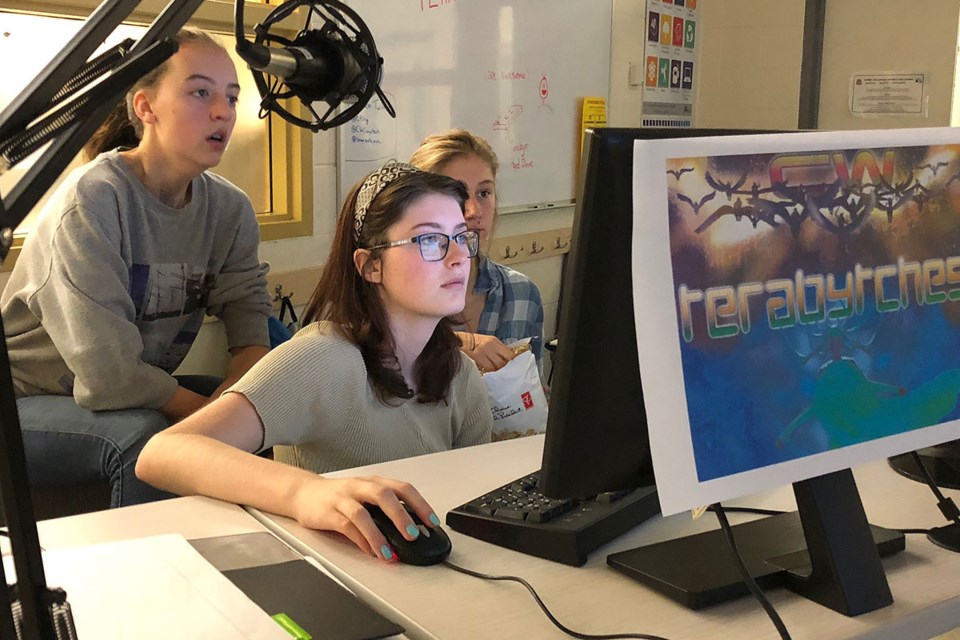 Members of the the Falcontech Terabytches. Courtesy of Upper Grand District School Board

An all-female cybersecurity team from Centre Wellington District High School is ready to compete at the CyberTitan National finals in Ottawa this spring.

The six-person team, Falcontech Terabytches, was among many teams in the school who participated in several cybersecurity competitions with over 6,300 teams around the world this past year for the CyberPatriot competition from which they emerged victorious.

The competitions included different challenges such as fighting off viruses on files and identifying codes and battling hacking on software such as Windows, Linux and Cisco.

The Falcontech Terabytches will be one of 10 teams partcipating in the finals in Ottawa. The final competition will take place on May 14.

CyberTitan is a Canadian initiative by the Information and Communications Technology Council (ICTC) and is a branch of CyberPatriot, an American cyber education program that was designed by the American Air Force Association to motivate children from kindergarten to Grade 12 to pursue a career in the cyber technology field.

In a news release from December 2018, the Communications Security Establishment Canada stated that Canadians are highly likely to “encounter malicious online influence activity in 2019” and “cybercrime is the cyber threat most likely to affect Canadians and Canadian businesses in 2019.”

Computer and technology department teacher and coach Timothy King  said he was looking for ways to expand learning in the field of information communication technology (ICT).

“I'd been using ICTC statistics on ICT professions as part of our workplace pathways in class for several years and when I visited their site a couple of years ago I noticed the new CyberTitan student cybersecurity challenge, so we put together a tiny team of four seniors and ended up winning our way to the national finals last year in Fredericton,” said King.

King said that the success of those teams got many more students interested so he put together three more teams of six people each including an all-female team, a senior boys team and a young team.

“But the Terabytches, our female team and also our youngest team really overperformed. They finished top three in Canada in the gold division in state finals and then finished as a top female team in the country,” said King.

Going for a run: it's not just for the nice weather (5 photos)
Feb 27, 2020 11:00 AM
Comments
We welcome your feedback and encourage you to share your thoughts on this story. We ask that you be respectful of others and their points of view, refrain from personal attacks and stay on topic. To learn about our commenting policies and how we moderate, please read our Community Guidelines.