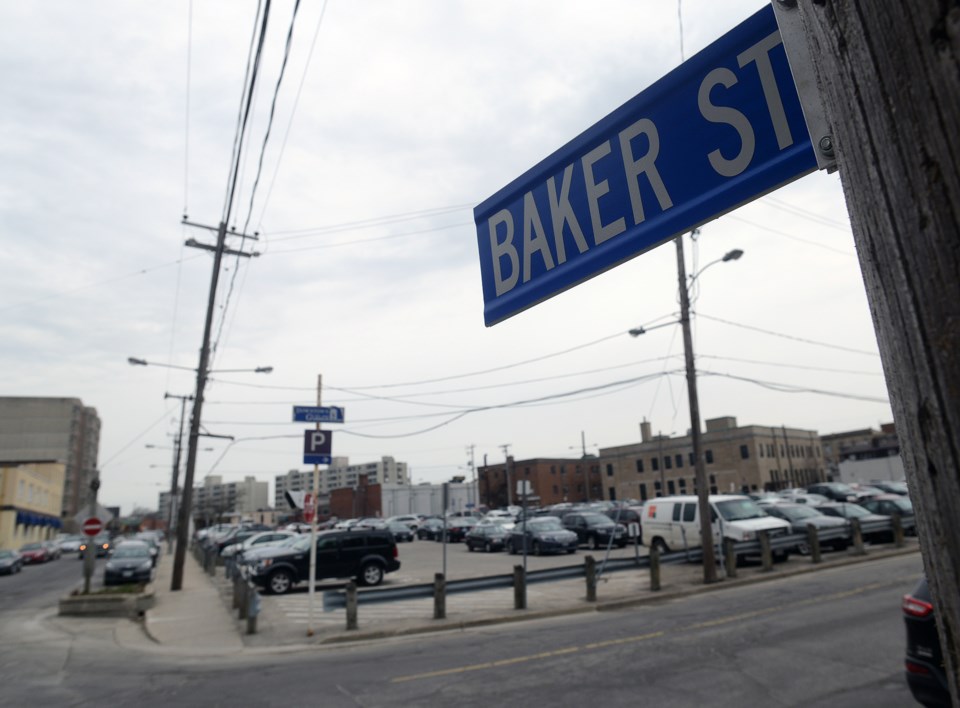 Residents will soon get their first look at an alternative proposed layout for the Baker District redevelopment project. City officials will unveil the plan – including a relocated, standalone library – on Oct. 5.

That plan includes a recommendation that the start of construction on a new main library be delayed a year until 2022.

“We expect the alternative layout to create more property tax revenue and improve the overall financial viability of the project, while still meeting all the original development objectives,” said Stephanie Guy, project manager, in a news release.

The Baker District project includes the city-owned Baker Street parking lot and nearby properties, some of which will need to be purchased. The latest layout will be revealed during a Committee of the Whole meeting of council, which begins at 1 p.m. and will be live streamed at guelph.ca/live.

Council members will be asked to approve the new layout and authorize city staff to launch detailed design work. A special council meeting, to ratify the committee decision, is set for Oct. 7 beginning at 6 p.m.

Reasons provided for the layout design changes from what was previously made public include “significant complexities” of the legal agreements and business terms required to house the library as part of the residential tower, and a current lack of interest from an institutional partner — a circumstance said to be exacerbated by COVID-19 and the fact many colleges and universities are offering most of their courses online.

The new site layout moves the 88,000-square-foot library from the north tower residential/commercial complex to a freestanding, three- or four-storey building on the south end of the site. Putting the new library in a simpler, stand-alone building, originally planned to house an institutional partner, the news release states, provides potential cost-savings without losing any of the amenities and programs planned for the library.

“This new plan for the central library and Baker District project gives us greater opportunities and flexibility to meet the needs and goals of a 21st century library,” states Guelph Public Library CEO Steven Kraft in the release. “The library will be the cultural and educational centre of Guelph and the heart of our community.”

During a recent library board meeting, members voted unanimously to endorse relocating the new central library as the stand-alone anchor facility in the south block.

The alternative site layout still features two levels of underground parking, but with about 118 fewer public parking spots. City staff are seeking council direction to maximize the number of spaces in the south block and pursue sharing agreements in the north block to address parking on the site.

“By and large, the changes presented in the alternative plan represent a more efficient organization of the different elements that make up our Baker District proposal,” says Alex Speigel, partner at Windmill Development Group which has partnered with the city on this project.

“Simply locating the library as a freestanding structure on site, separate and apart from the residential tower, presents several potential benefits with regards to design, identity, programming flexibility, operations and finance.”

If council approves the site changes, city staff will work with Windmill Development Group to revise the Urban Design Master Plan and update the library design for the stand-alone building. Both would be shared as a virtual presentation with the community to outline the changes and collect final comments for council’s consideration.