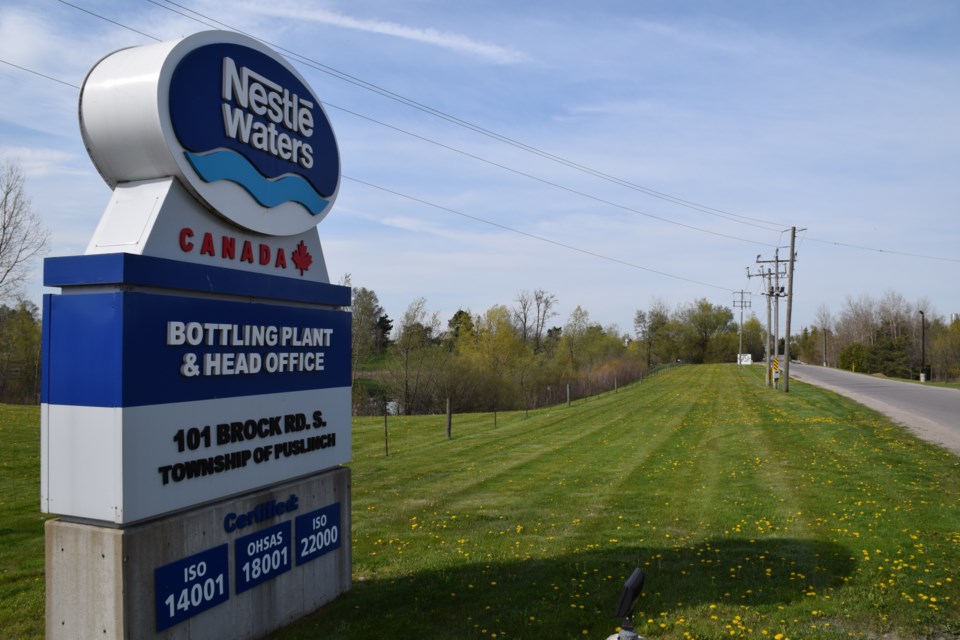 After weeks of heated debate, scientific input, noisy rallies, passionate pleas at council and strongly penned words, the City of Guelph finally has an official stance for the province regarding future water-taking regulations.

Following some last-minute tinkering at Monday night’s meeting of City Council, a motion was unanimously passed outlining what the city will submit to the province.

The full text of the motion passed by council Monday night can be found at the bottom of this story.

“I just want people to know that this council and our staff do take the water issue seriously,” Mayor Cam Guthrie said after the 12-0 vote backing a motion originally initiated by councilor James Gordon weeks ago.

“It shouldn’t go unnoticed: we did bend over backwards for this issue.”

Guthrie said he is glad that council waited for the staff report on the issue before moving forward.

“I want people who were feeling ostracized in this issue that your comments did not go unnoticed by me,” Guthrie said.

Council’s motion supports the province’s two-year moratorium on new or increased permits, recommends the province develop a provincially-funded, evidence and principle-based water management program regarding water taking, take a precautionary approach to future sustainability of water quality and quantity and provides municipalities with adequate funding for implementing any new policies.

Two amendments were added Monday night: that the province mandate water bottlers take a more proactive approach to recycling and that the province consult with affected First Nations communities as it develops future policies.

Gordon, who got the ball rolling with an original motion three months ago, was the one to add the clause regarding First Nations consultation.

There were a handful of delegates Monday prior to council deliberation and vote, a far cry from the 30 or so that attended a special meeting earlier this month.

Delegate Amber Sherwood-Robinson lamented that the city’s motion did not mention Nestle Waters in Aberfoyle by name.

She said the “community’s specific concerns would not be justly represented” without the company being named.

Ron East questioned some of the science previously presented at council by a Nestle Waters hydrologist.

“Does (bottled water) outweigh the risks and the waste involved in water-taking?” asked Robert Case.

Two representatives of Nestle Waters Canada were on hand to speak.

Kerr said there was a lot of “incorrect” information in the media and on social media.

She said that 70 per cent of their water bottles in Ontario get recycled.

Kerr urged evidence, principal and science-based decisions and recommendations on water taking, which what Nestle operates on.

She also said Nestle wants the province to look at all water taking, not just that of the bottled water industry.

“We all have the same goals – water for generations to come,” Kerr said.

Councillor Cathy Downer asked Kerr what Nestle is doing to contribute to recycling.

“I’ve never seen anything from Nestle around the issue of recycling,” Downer said.

Kerr said the company works with industry associations when it comes to recycling promotion and efforts.

It was Downer that later amended the motion to add that the province mandate increase recycling efforts by water bottlers to the motion.

“I’d like to see it in red on their bottles: ‘please recycle this bottle,’” Downer said.

Sam Gordon, factory manager at Nestle Waters Aberfoyle, brought the issue of the 300 or so workers at the plant to the forefront and that they many are Guelph residents.

Council’s submission will be forwarded to the Ministry of Environment and Climate Change.

The following is the city’s recommendation to staff regarding its submission to the Ministry of the Environment and Climate Change regarding Ontario’s water-taking regulations:

1. That Council direct staff to provide the Ministry of the Environment and Climate Change (MOECC) with the attached itemized package, (identified as attachment 1 to Staff Report CAO-I-1610) to consider in its review of water - taking policies.

2. That Council support the Province’s moratorium on the issuance of new or increasing permits for water bottling until January 1, 2019. Thereby prohibiting any new or increased use of groundwater taking in Ontario for bottling, to allow the MOECC to undertake a comprehensive review of the rules that govern water bottling facilities in Ontario. The City of Guelph recommends that elements of the review include, but not be limited to, costs charged to large water users excluding municipalities and the composition/disposal of plastic bottles.

· an evidence (science) and principle-based approach to water-taking in

· community or public water needs are a recognized priority

· a balance between economic opportunities and environmental sustainability

4. That Council direct staff to provide MOECC with the attached correspondence (identified as attachment 2 to Staff Report CAO-I-1610) as the City’s formal response to the EBR Registry Number: 012-8783, entitled “A regulation establishing a moratorium on the issuance of new or increasing permits to take water for water bottling.”

5. That Council direct staff to continue to promote the overall quality of

Guelph’s drinking water and the consumption of municipally-treated tap water in the city. This includes the City’s continued master planning for long-term sustainability of Guelph’s water supply to accommodate growth targets and community needs (i.e. the Water Supply Master Plan), as well as tap water promotion through programs such as the City’s Blue W and Water Wagon at community events.

6. That Council direct staff to continue to promote reduction of waste and encourage recycling and reuse within the Guelph.

7. That given the recommendations noted above and contained within Staff Report CAO-I-1610, the motion made by Councillor Gordon and amended by Councillor Gibson at the September 26, 2016 Council meeting, which read ”That Council, with administrative assistance from Intergovernmental Relations, Policy and Open Government staff, submit comments through the Ontario Environmental Registry Process expressing Guelph’s concern about the future sustainability of water-taking from the watershed shared by

the City of Guelph” be withdrawn.

8. That the City of Guelph recommends to the province that the review include the appropriate consultation with First Nations communities impacted.”