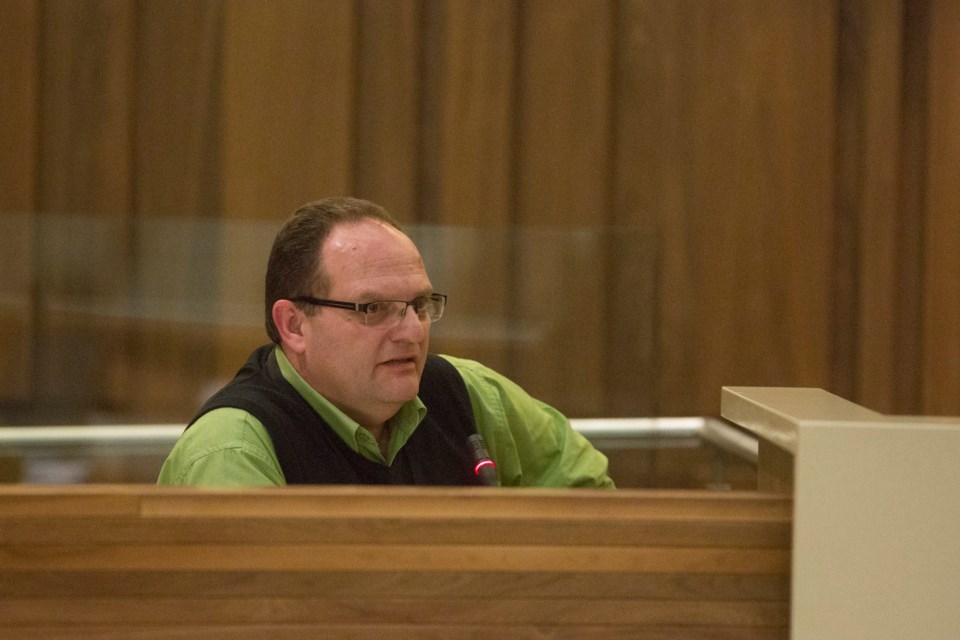 City staff whose private information may have been compromised in an email leak last month are being notified by the city.

The province's Information and Privacy Commissioner is also involved in the matter, as per protocol, said city CAO Derrick Thomson on Friday.

"We have a duty to contact them and we've done that," Thomson said of the independent body that reviews government decisions and practices concerning access and privacy.

Early last month over 50,000 email items were accidentally given to a former city employee as part of an ongoing $1 million wrongful dismissal lawsuit early last month.

Court documents claim that included on a flash drive handed over to former building official Bruce Poole were many documents containing private and confidential information regarding city employees, including at least 30 performance reviews of staff.

City clerk Stephen O'Brien said that initial notification has already taken place in some cases and written notifications will also be sent out.

Given the sheer volume of information that was "inadvertently" handed over to the fired employee, the city is still in the process of figuring out just what it included.

The information was all from the email account of former Deputy Chief Administrative Officer and city treasurer Al Horsman.

Deputy CAO Mark Amorosi was fired on Thursday as a result of the information leak.

O'Brien said Information and Privacy Commissioner contacted the city at the same time the city was trying to contact them about the situation.

He said the IPC will monitor the situation and work in tandem with the city as the situation progresses. At the end the IPC can issue a report if it chooses.

"They may seek more information from third parties and review our processes," O'Brien said. "They'll provide input and advice."

Thomson said the city was made aware of what had happened on Jan. 25 but didn't realize the extent of the situation until filed a motion in court the next day.

He said they acted swiftly.

"I think our concern was making sure that the public has confidence in the administration," Thomson said. "A mistake was made and we acted quickly."

The CAO added that Amorosi's ongoing $500,000 lawsuit against local blogger Gerry Barker will continue to be financed by the city as per procedural by-laws that cover legal expenses for current and former city employees if the legal matter is related to their work for the city.

Thomson also said that the departure of top city solicitor Donna Jaques this week had nothing to do with this matter. That her departure had been planned long before.

The city is using an outside law firm to handle the wrongful dismissal suit with .

No injuries but major damage as a result of Thursday crash at Tim Hortons
Oct 30, 2020 11:03 AM
Comments
We welcome your feedback and encourage you to share your thoughts. We ask that you be respectful of others and their points of view, refrain from personal attacks and stay on topic. To learn about our commenting policies and how we moderate, please read our Community Guidelines.