Coming together to address the affordable housing crisis in Guelph

There were 31 different groups, agencies, businesses and levels of government represented at an affordable housing symposium
Dec 5, 2019 7:00 AM By: Tony Saxon 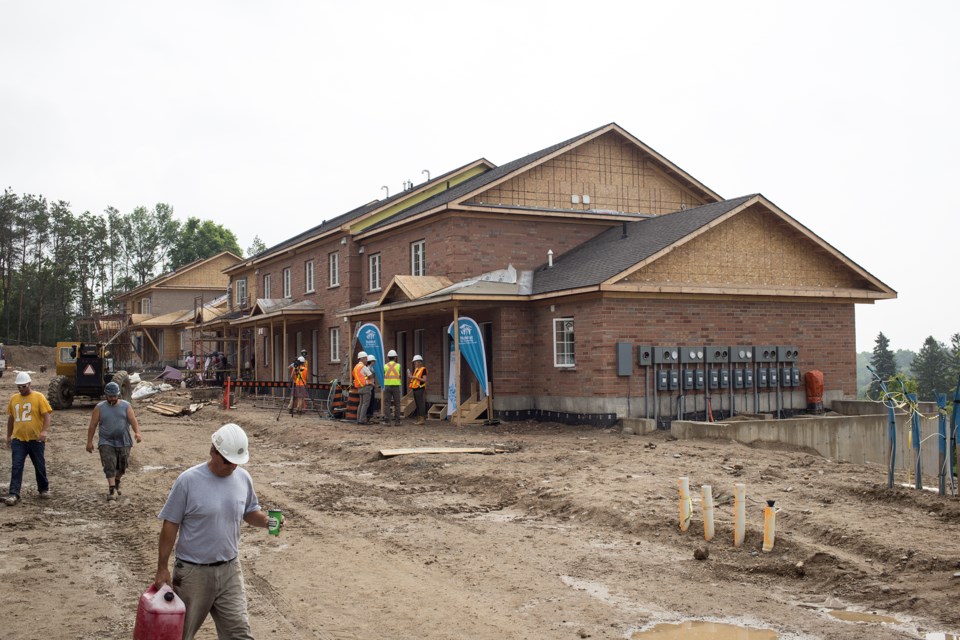 There is a groundswell of desire in Guelph to work together to address the affordable housing crisis.

Adhering to the adage that there is strength in numbers, in September a total of 31 organizations, agencies, business people and government officials gathered at the River Run Centre to share ideas, listen to experts and discuss what can be done to address the situation moving forward.

While many of those represented are working on their own initiatives to address the situation, it isn’t enough.

“We’re not making large-scale impact in the community in affordable housing,” said Steve Howard, CEO Of Habitat for Humanity Wellington Dufferin Guelph who organized the symposium.

“It’s not like nothing is happening. A lot of things are happening, yet we have a scale problem,”

Small groups on their own cannot make a significant dent in the affordable housing crisis, Howard said, adding that there are 5,000 families living in “core housing need” and paying above 30 per cent of their income in rent.

“The scope of change that is required is larger than the sum of what each of those organizations is currently doing or has planned.”

What is needed, and what the recent symposium and follow up focused on, was that all aspects of the housing industry need to be involved in a five-to-10 year plan.

“We should be working together in a new way,” Howard said.

Each component can maintain its own core objectives and own mission, but with greater planning certainty.

“That’s what brought us together,” Howard said.

Instead of looking at 100 or 200 homes, it’s time to look at 2,000 homes and what that would look like. Some operating and governance structure has been established.

The need is there, the desire to do something about it is there. So what’s next?

A leadership group of about 10 volunteers came forward and they will draft some initial steps moving forward.

“There’s agreement that we do need this separate initiative, but that it doesn’t replace or eliminate anything that’s already underway,” Howard said.

“Now we need a draft of a proposal for everybody to react to,” Howard said, “once we have that we will take it out to each organization’s board and getting sign off and moving forward with it.”

“We’ve developed not only a willingness, but an eagerness to get on with it.”

While these may be formative steps, Howard feels they are important ones.

“You will see among leaders in our community now that there’s a vision for the realization of a greater solution, and that’s a good thing.”